In the bustle and glitz of 21st century Christmas preparations, with special street lights, cheerful markets and panic over finding appropriate presents we tend to forget the church’s careful preparation for Christmas throughout the ages. From at least the 6th century the Church has kept Advent (Latin Adventus coming) in anticipation of the Feast of the Incarnation of Christ – God made man – Christmas for four weeks before the Christmas feast itself. Traditionally Advent looks forward not only to the coming of Christ, the Redeemer as the Holy Child of Bethlehem, but also to the second coming of Christ as Judge at the end of the world, the subject of sermons during the period being Death, Judgement, Hell and Heaven. The theme of coming is reflected particularly in the liturgy especially the monastic Offices.

At Exeter Cathedral we have a very special collection of Advent poems inspired particularly by the antiphons from vespers in the Advent season. The 10th century Exeter Book, probably the most important collection of Anglo-Saxon poetry in the world, has a section of about 450 lines known as the Advent Lyrics which explore the themes of Christ’s coming to redeem humankind and the Virgin Birth. They are beautiful, complete and varied. Here is a small part:

“Full of hope now, we trust is the salvation brought to the multitudes through that Word of God which in the beginning was with the almighty Father, co-eternal with God, and has now subsequently become flesh devoid of transgressions which the Virgin bore as a support to those in sorrow. God was with us, seen to be without sins; together they dwelt united, mighty Child of the Lord and Son of Man, among men. We may address our thanks continually to the triumphant Lord according to his deeds, because he willed to send us himself” 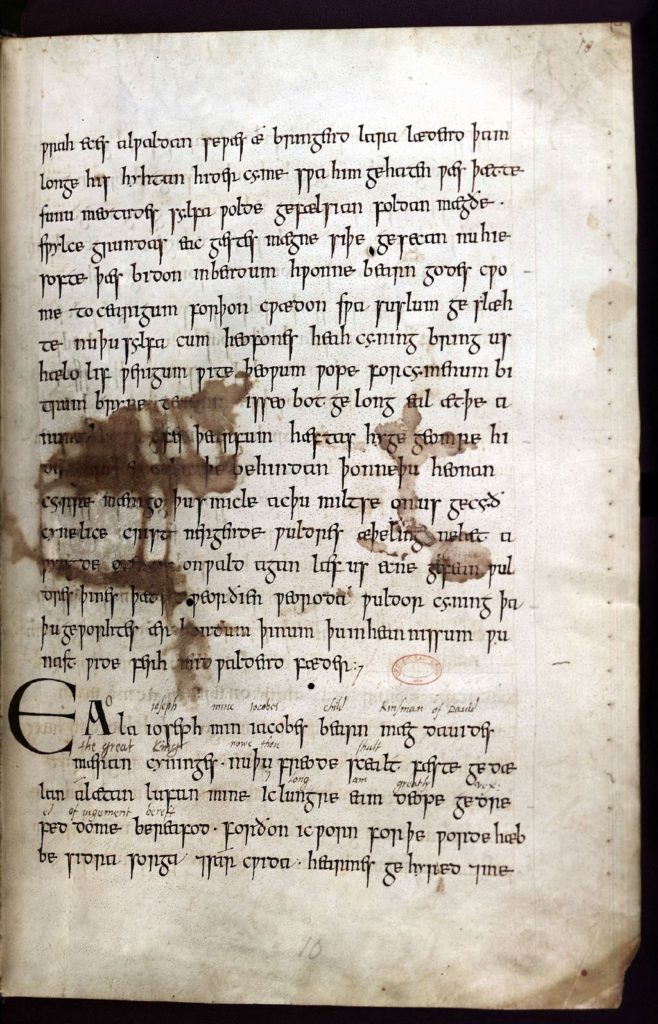