Review: “Selfishness is all around us” 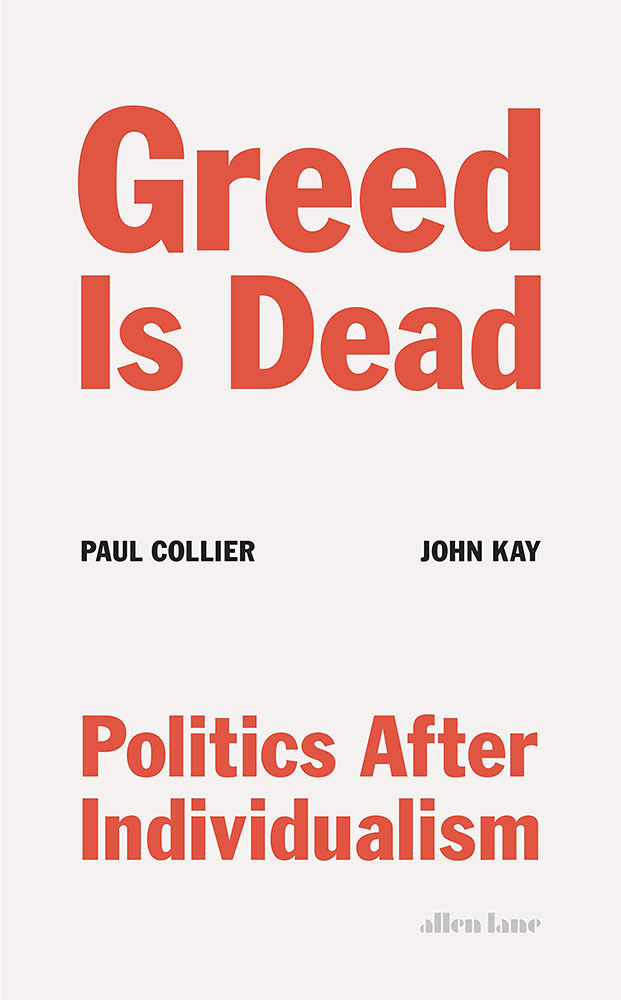 Successful societies are rare. Creating the conditions where human competition and co-operation achieve prosperous and thriving communities is challenging. Mutuality is undermined by an increasingly extreme individualism that has weakened our collaboration and polarised politics. Despondency and decay often result.

Yet as we emerge out of the pandemic there is a chance to examine afresh the need for mutuality. Some politicians even talk of a ‘Beveridge moment’, recalling the creation of the welfare state after World War II. Written by two eminent Oxford economists this book is a mix of politics, economics, history, philosophy and wishful thinking. It is divided into three parts, which consider the triumph of individualism, the symptoms of government distress and their proposal to focus on a communitarian way of politics, business and living.

Selfishness is all around us. An 82 year woman speaking on the radio this week insisting that she be allowed to go on holiday to Greece on 19 May, as that would be three weeks after her second vaccine. Society has become much more a ‘me’ than the ‘we’ culture that stood strong through to the late 1960s. So why do the authors say that ‘greed is dead’? The argument is that the extreme individualism that dominates currently is ‘no longer intellectually tenable.’ The authors take aim at the individualism promoted by economists and lawyers; market fundamentalism and claims for ‘my rights’. Those wanting the privilege of rights without the obligations that are the other side of that coin.

The state has had to pick up multiple obligations and absorbing them into functions unsuited to the centralized model of government. John Kay is no fan of our centralised state in the UK and takes an easy swipe at government IT failures, Public Health laboratories lack of collaboration during the pandemic and higher education policy. The analysis of the ‘shifting political tectonic plates’ provides a brief and high level explanation why traditional political parties have struggled and populism has risen.

All this is by way of introduction to the main argument for building on our communitarian nature. They believe that humans are not selfish, rather they seek fulfilment arising largely from interaction with others. They claim that agency – moral, social and economic – is not polarised between the individual and the state but that there is a network of all sorts of community groups through which people find fulfilment. It is here that they delve lightly into philosophical history and make the case for having institutions that ‘both sustain pluralism and discipline it.’

Good government resists capture by special interests and strives for fairness between citizens and groups of citizens. Clarity of boundedness is part of the recipe – having a strong sense of who belongs to the community – civic nationalism rather than ethnic nationalism. Perhaps the authors are at their most vocal when considering markets and business with a strong push back against the era of market fundamentalism and the idea of shareholder value driving the purpose of companies. Excessive executive pay is an example where greed is not dead in the reality of the marketplace. Yet businesses are some of the most important communities we have.

The book concludes with an appeal for change in business, care, and government. ‘Soon we will either be celebrating the value of community or contemplating the awful consequences of its loss.’ The author’s wishful thinking, along with Jonathan Sacks’ book ‘Morality’, is that we can put the genie back in the bottle and move from ‘me’ to ‘we’ and from ‘us’ to ‘you’. An interesting read but I was left wondering whether they had shown that extreme individualism is intellectually untenable. It clearly works for some. The danger is that, even with the pandemic experience of relying on others, there is not sufficient leverage on the part of civil society to reclaim what has been lost. Worth reading if only to be inspired to at least have a go at reclaiming the idea of ‘we’.