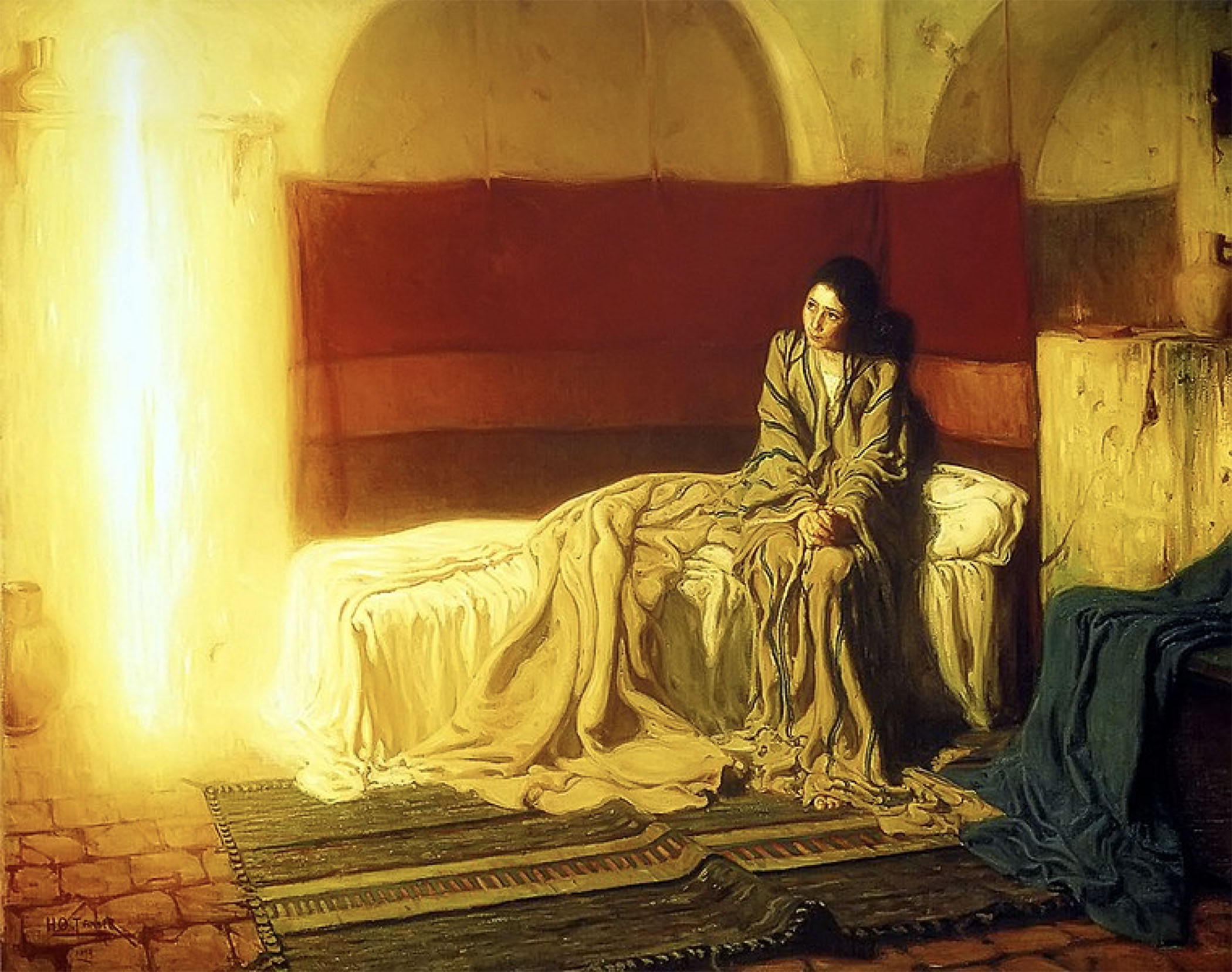 By The Revd Canon Ian Morter

Earlier this week, on Thursday 25 March, we celebrated the Feast of the Annunciation. Quite often we have to transfer this feast day as we are not allowed to keep it during Holy Week or in Easter Week. The Annunciation is a popular subject of artists down the centuries including Fra Angelico, Leonardo Da Vinci, Raphael, El Greco, Rossetti to name but a few. But perhaps the one that provokes in me the most thought is by Henry Ossawa Tanner. An African American who was born in Pittsburgh, the son of a minister in the African Methodist Episcopal Church.

Tanner painted this in 1897 while living in Paris, having just returned from a trip to Palestine. He specialized in religious subjects, and unlike so many other artists, wanted to set the scenes to include the people, culture, architecture of the Holy Land that he had experienced during his visit.  So Tanner influenced by his experience created this unconventional image of the moment when the angel Gabriel announces to Mary that she will bear the Son of God.

So why is this such a thought provoking painting for me? First the artist has made the setting so real. So often the scene is set in the Renaissance or Baroque style, yet Tanner has set it firmly in a humble middle-eastern home. Mary sits on her simple bed with its rumpled sheets, in a room with rough plain walls. She has almost no possessions, with the exception of a lamp with its low burning flame and jugs, perhaps filled with water.

Secondly, Tanner portrays Mary as he imagines she would have looked at the moment the angel Gabriel appeared to her. Mary was a teenage Jewish girl from Israel so ethnically she is Middle Eastern, with her dark hair and Middle Eastern skin tones, not as a blonde haired woman from Northern Europe as so many earlier artists had done. Not being wealthy, Mary would be dressed in the clothes of a poor person and while she seems anxious in the presence of the Angel, she does not seem afraid. With her hands folded in her lap in prayer, she gazes at the angel with peace and serenity.

Thirdly, I like the way in which Tanner portrays the Angel not as the usual non-gendered winged being but as the pillar of light, reminiscent of the presence of God that accompanied the Israelites on the exodus from Egypt.

Finally, there are the little theological devices. The ruck in the carpet symbolising division between heaven and earth, the presence of the angel in the celestial side and Mary in the terrestrial. The three earthen-wear pots, one on the shelf, the one at Gabriel’s “feet” and the one on the far right behind Mary form a triangle around her. I see this as signifying the presence of the Holy Trinity. God the Father and Holy Spirit in heaven and God the Son now becoming man on earth, this also amplifies Mary’s future as the vessel that will bear Our Blessed Lord.

We beseech you, O Lord,
pour your grace into our hearts,
that as we have known the incarnation of your Son Jesus Christ
by the message of an angel,
so by his cross and passion
we may be brought to the glory of his resurrection;
through Jesus Christ your Son our Lord,
who is alive and reigns with you,
in the unity of the Holy Spirit,
one God, now and for ever. Amen.