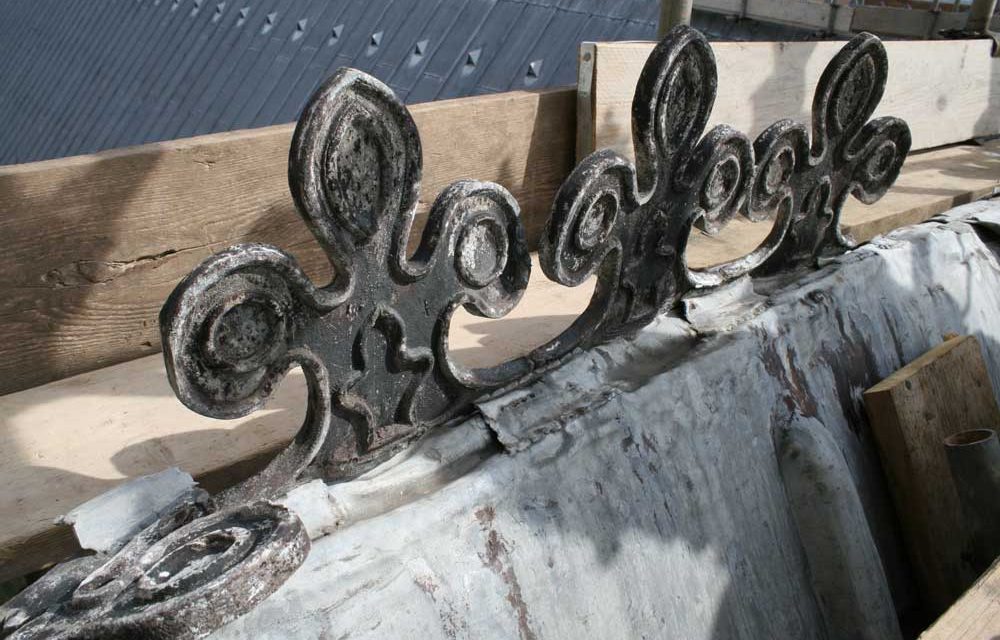 A £40 million scheme to conserve and repair England’s cathedrals which awarded Exeter more than £800,000 has significantly reduced immediate risks to these wonderful buildings, a report published today said.

The fund was intended to help make buildings weatherproof, safe and open to the public as well as ensuring they would be in a safe condition to play a central part in remembrance events for the centenary of the First World War armistice.

Exeter was awarded a total of £852,547 funding, which contributed towards five repair projects in separate parts of the 900 year old building; including re-cresting some of the lead on top of the roof, conserving the magnificent East End window and removing asbestos and repairing areas where rain water had leaked in. Some of the funds contributed towards essential drain repair work outside the West Front, after a large void was discovered underneath. Funding for these projects was also raised by the Friends of Exeter Cathedral.

The Dean of Exeter Cathedral, the Very Rev Jonathan Greener, said: “We are very grateful to the Government for their financial support for cathedrals, such an important part of our nation’s heritage; and hope that they will be able to offer further funding of this kind in the future.  Such funding is rare and the Cathedral has used it to undertake some essential projects to ensure the Cathedral stays open and welcoming to all.

“We are looking forward to hosting services and concerts to mark the centenary this autumn, which will be both momentous and moving. The Cathedral was a focus for prayer, services and remembrance during the war, and one hundred years on, it will be so again, playing its part as a space for people to come together, be still and remember the sacrifices of the part, and pray for the future.”

Exeter Cathedral is hosting a series of talks on the theme of conflict and reconciliation and two concerts in November to mark the centenary.

England’s cathedrals contribute more than £220m to the economy each year, drawing in more than 11 million visitors.  Each cathedral has the responsibility for raising the funds required for upkeep. However, with no regular Government funding, each cathedral faces an ongoing challenge to maintain their fabric while ensuring comfort, safety and accessibility for all and Exeter alone costs £4,000 a day to run.

Today’s independent report shows a significant reduction of problems requiring immediate repair as a result of the investment but warned that recipients all had outstanding repairs in areas not covered by the scheme.

The report concluded that the fund had been successful in achieving its aims and met a funding need that could not be met elsewhere, adding that areas of cathedrals covered by grant-aided projects had been very largely changed from needing urgent repair to needing routine maintenance only.

The Bishop of Worcester, Dr John Inge, the Church of England’s lead bishop for churches and cathedrals said: “Cathedrals such as Exeter are at the forefront of the nation’s acts of remembrance each year, and have huge economic, spiritual and missional impact on their communities.

“This fund has been an imaginative and welcome resource to ensure our cathedrals are fit for this commemoration, as well as underpinning the vital contributions they make to their communities.

“It is vital that we do not stop here, and continue our commitment as a nation to protecting Exeter and all England’s cathedrals for generations to come. We look forward to continuing a constructive dialogue with the Government around future funding collaborations.”