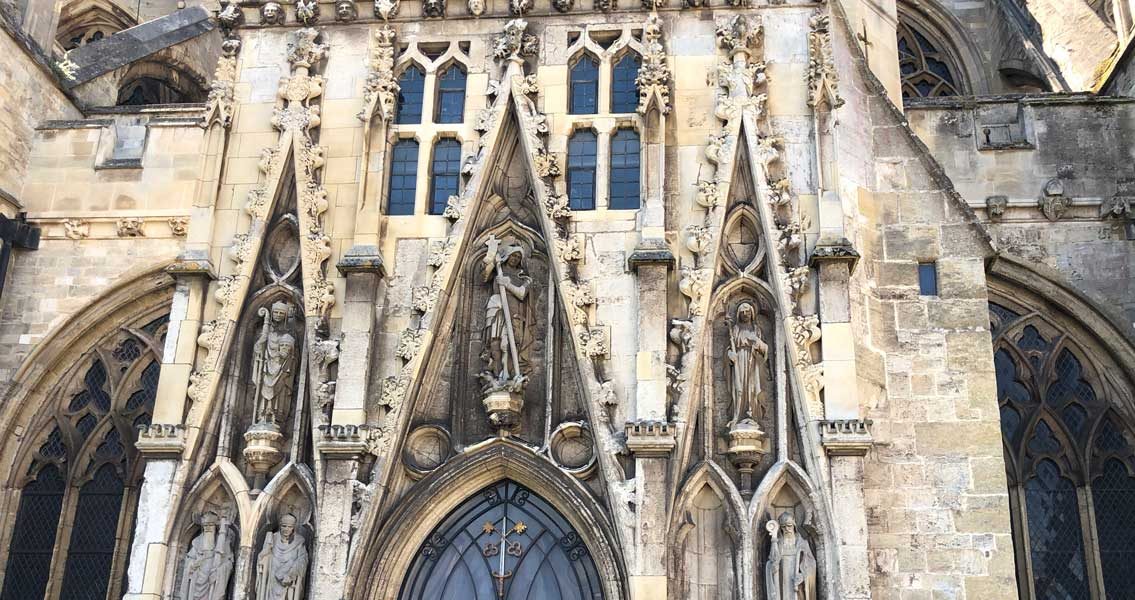 One of Exeter’s lesser-known 20th century war memorials was vandalised this weekend.

A statue was badly damaged when it fell from the side of Exeter Cathedral at approximately 23.00 on Saturday 7th July. On-site CCTV footage showed an individual climbing the north side of the building and dislodging the effigy, which is part of a group of statues installed in 1920 to commemorate the friendship of the European allies during the Great War.

Specialist members of the Cathedral’s conservation team are now examining the damage to the statue to establish how best to proceed with repairs and reinstatement, which are expected to cost well over £3,000.

Members of the public are being asked to contact Devon and Cornwall Police on 101 with any information, quoting crime reference number CR/061244/18.

How to support the restoration

Following enquiries from members of the public, a special donation fund has been setup to help with the repairs.