Exeter Cathedral’s stonemasons and conservators are nearing completion on the building’s North Porch conservation and repair project, after more than seven months of painstaking work.

Following the recent discovery of traces of medieval polychrome, the project has required careful recording and analysis of the tiny coloured fragments, as well as cleaning and repairing the stone, regilding the porch gates and installing safety glass.

The coloured fragments suggest that the North Porch was once decorated in bright colours, in the same way that statues on the Cathedral’s main West Front entrance are known to have been. 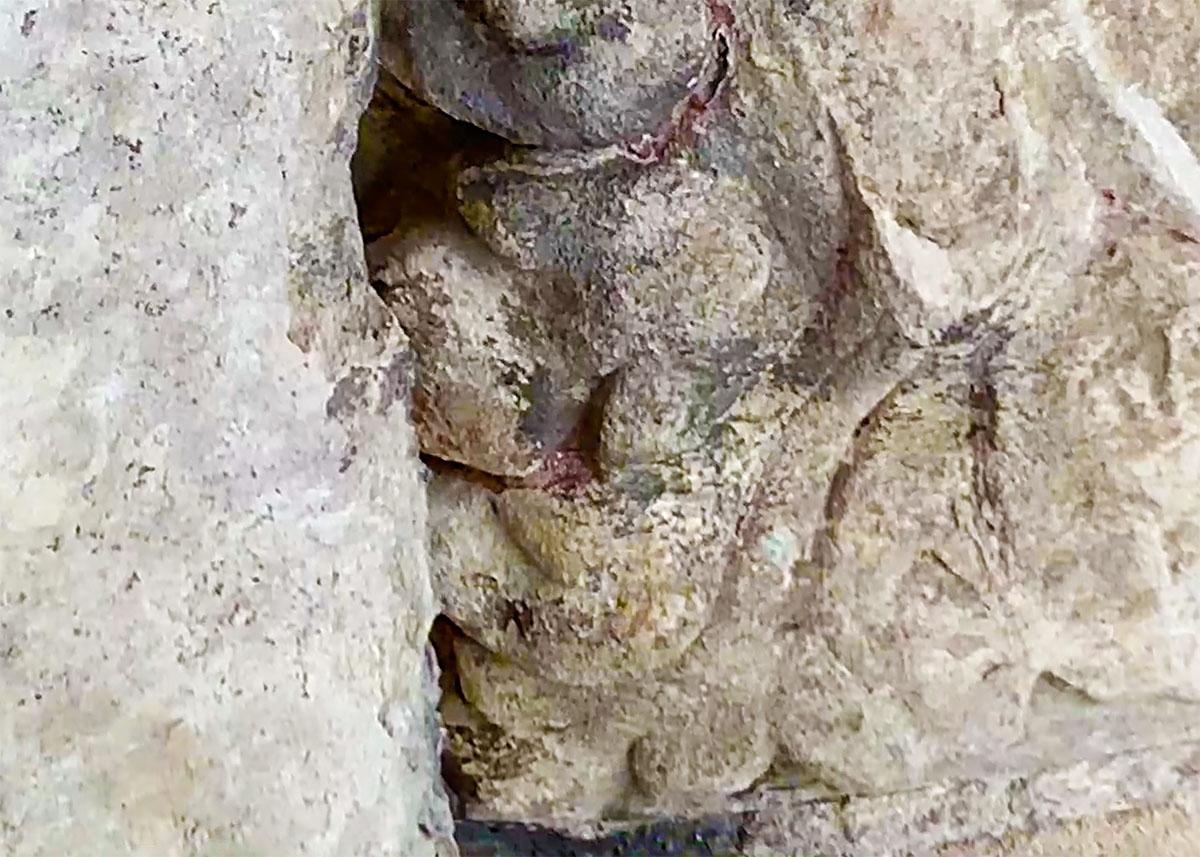 Exeter Cathedral’s Clerk of Works, Chris Sampson, believes all the hard work has paid off, making a significant improvement to the porch’s appearance:

“There are only fragments of the medieval paint scheme, so they won’t be clearly visible, but we’re confident that the cleaned stone will be a great improvement to the view of the Cathedral, as you approach it from the North.”

“We’re extremely grateful to the Associated Companies Joint Venture Charity administered by the Masons Company Charitable Trust, and to the Friends of Exeter Cathedral, for making this work possible. This beautiful entrance can once again play a more prominent role in the life of the Cathedral.”

The current work is the third of three seasons of masonry conservation and associated works, following damage in 2018 when someone climbing up the front detached one of its sculptures.

The North Porch, which was built in the Decorated style in the 14th century, was designed by the gifted master mason Thomas Witney for Bishop John Grandisson – the most famous of Exeter’s bishops. 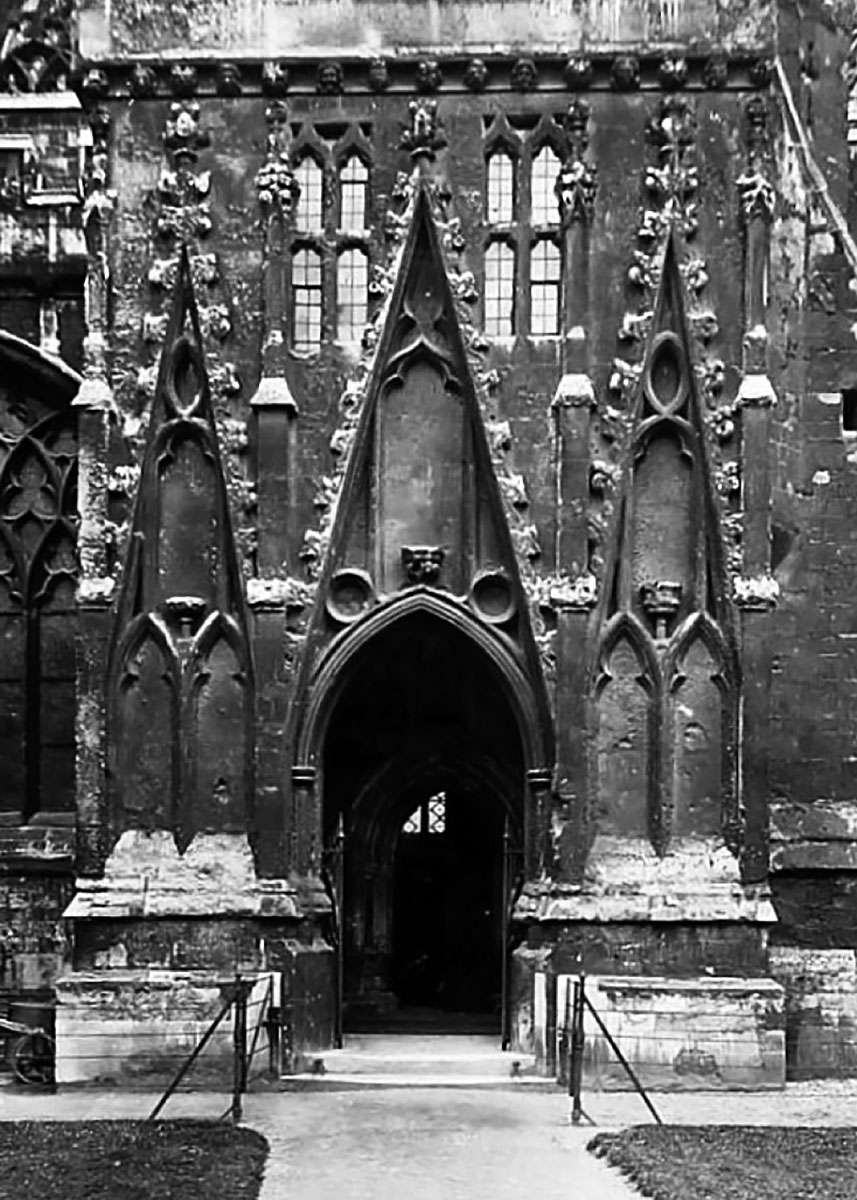 Photo of the North Porch in late 19th/early 20th century, before current sculptures were added.

In the Middle Ages it was the principal entrance into the Cathedral, but by late Victorian times had become heavily blackened by soot. The current sculptures around the entrance were added in 1920 and show the patron saints of the victorious allies of World War I, with St George at their centre.