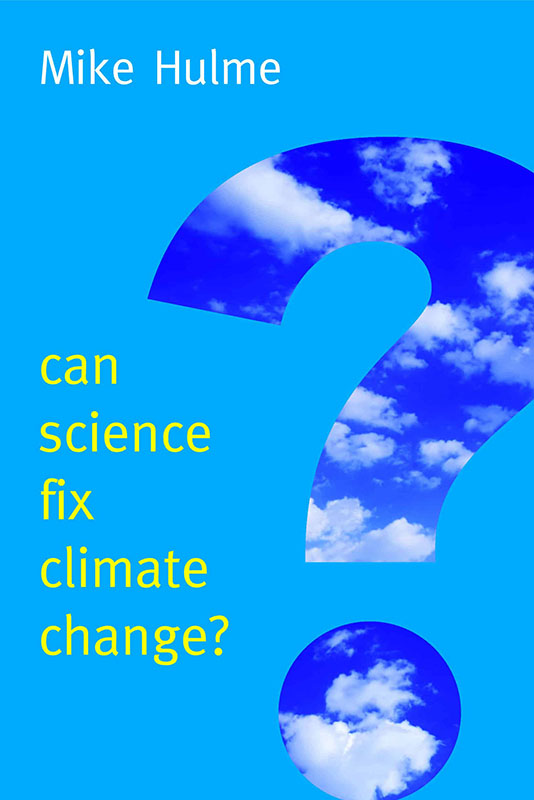 Science is providing us with a path out of lockdown. Can science save us from the impact of climate change? In June 2021 scientists from Harvard propose to launch a test flight of a research balloon in Sweden 20 Kms high up into the atmosphere as part of the Stratospheric Controlled Perturbation Experiment (ScoPEx). It is designed to be a delivery vehicle for injecting calcium carbonate dust into the upper atmosphere in an attempt to reduce the warming effect of the sun. (see: https://www.keutschgroup.com/scopex and https://www.geoengineeringmonitor.org/2020/12/scopex-in-sweden-first-step-down-the-slippery-slope-of-risky-solar-geoengineering-experiments/ )

The first flight will not make any deposits – only test the balloon. Should such research be undertaken? Is it a slippery slope? There are many technical, political, ethical and cultural questions that arise from the idea of what is known as geoengineering. Mike Hulme, a Cambridge professor of geography who has a distinguished career examining climate change is highly critical of the claim that science can ride to our rescue. He argues that how you frame climate change drives the potential ideas of a solution. If we see climate change as a global thermometer issue with a set target of degrees of warming, then you can see why science takes on the challenge to regulate the thermometer.

Yet climate change is a ‘wicked problem’ that is hard to articulate due to the complexity, never mind solve. This short book is an eye opener. In Chapter One Hulme sets out the different types of geoengineering from seeking to capture carbon dioxide before it escapes into air and the more controversial solar geoengineering that involves stratospheric particle injection in the upper atmosphere to reduce heat from the sun. Holme argues that the cultural impact of climate change has to be part of the picture. He is critical of the recent framing of the situation as an ‘emergency’. He asks who defines and is authorised to declare such an emergency? Invoking such a narrative is both a description and an abstraction that plays a role in creating reality itself. The urgency generated from such a reality then drives quick and easy responses that don’t have time to consider the political, ethical and legal consequences.

Metaphors used to describe geoengineering vary. The main one is that of a global thermometer, which takes a single-zone averaged surface temperature, explored in Chapter Two. Yet weather is experienced locally not globally. People relate to the climate culturally so to reduce that complexity to a single thermometer reading is to oversimplify what is a multi-dimensional control problem. A danger of solar geoengineering the in the stratosphere is destabilising regional weather patterns. Even if the technology worked perfectly there is potential for a new frontier of inter-state conflict and disagreement. Solving a warming effect for one continent of country could be to the detriment of others leading to dispute. Injecting aerosol in the upper atmosphere offers a double fantasy, Hulme argues. First, that the risks of climate change can be defused by regulating global temperature and second, that the world could agree on a level at which to set such a temperature.

The atmosphere is not divisible. This is a key point. It is a resource held in common for all the populations of the world. Some nation states, not wishing to give up their use of carbon, may wish to press ahead with geoengineering without an agreed form of global governance. Chapter three covers the challenges of governing the research and potential implementation of such projects. Trials in 2011 were halted due to concerns about the unknown and uncontrollable side-effects, unease about the planetary-scale of human technological intervention and the vested human interests. There is a slippery slope between starting research and the inevitable deployment. The vested interests of fortune, fame, fear and ideological attachment to a technological paradigm will push towards implementation. There are many absent voices in the debate. The very idea of human control of the climate conflicts with the beliefs and values of peoples around the world.

Science cannot fully test the validity of the technology in the laboratory or through computer models. The 7 billion people and 8 million plus species living on the planet would become the test bed for this technology. Hulme suggests in Chapter four that such interventions in the atmosphere ‘has profound repercussions for what we think it is to be human.’ It would impact on ‘our sense of moral duty and ethical responsibility.’ Are there limits to human knowledge? As a species, are we the controller or a product of evolution? Hulme’s argument is that ‘the environmental, political and psychological costs of designing global climate through aerosol injection seem overwhelmingly to outweigh any assumed benefits.’

Clearly there are some who disagree with Hulme and regard the research as a necessary step to take. It has been termed the lesser of two evils, others warn of the moral hazard created by thinking we have a solution – we slow down our move to renewable energy sources – thereby increasing the problem.

‘How a problem is framed is always a political act.’ Reframing climate change is the way forward, suggests Hulme in the final chapter. The framing of containing temperatures within 2oC gives the appearance of a tame problem that can be solved. Climate pragmatism is advocated – an approach inspired by scientific and political pluralism and the need for human values to have priority over technologies. Wicked problems emerge from ‘…unbounded, complex and imperfectly understood systems. Their solution is beyond the mere technical knowledge and traditional forms of governance.’

Plan A to tackle climate change is obtain international agreement to curb greenhouse gas emissions. It is not working. It relies too much, Hulme suggests, on regime theory in politics, rational choice in economics and social coercion. Plan B relies on physical control engineering to undertake aerosol injections in the stratosphere. Both underestimate the complexity and multiple interacting components involved – not to mention human values and culture. Hulme is not against the use of technology or science – rather for them to be a contribution to humanity adapting to the changes in our planetary systems. Climate pragmatism suggests learning to live with many of the changes by reducing our vulnerability to weather events, improving air quality and innovating for cheap renewable energy.

Science cannot ‘fix’ climate change as we have not attended sufficiently to the human dimensions of human power over the natural environment that has created the situation. We need are ‘technologies of humility: attitudes and habits that recognise the limits of human knowledge, the complexity of socio-technical systems and the primacy of moral considerations in governing human actions and behaviours’. Hulme concludes with this plea. ‘Let us attend to the difficult pursuit of liberty, justice and human security on the ground and not delude ourselves that utopias can be engineered in the sky.’

Please forgive this long review. I found this book a challenge to many of my assumptions about climate change and our efforts to ‘solve’ the problem. It explains why, despite the best of intentions, international agreements have failed and why it is so risky to bypass human values shooting for a utopia that will over-humanise control over our planet. Depending on how you frame the climate change will influence whether you agree with Hulme’s position.

If you wish to learn more about different ways to frame climate change then please watch this lecture by Prof Holme: Beyond Climate Solutionism: https://www.youtube.com/watch?v=IBEJ2fq7Ir4