No Fear of the New 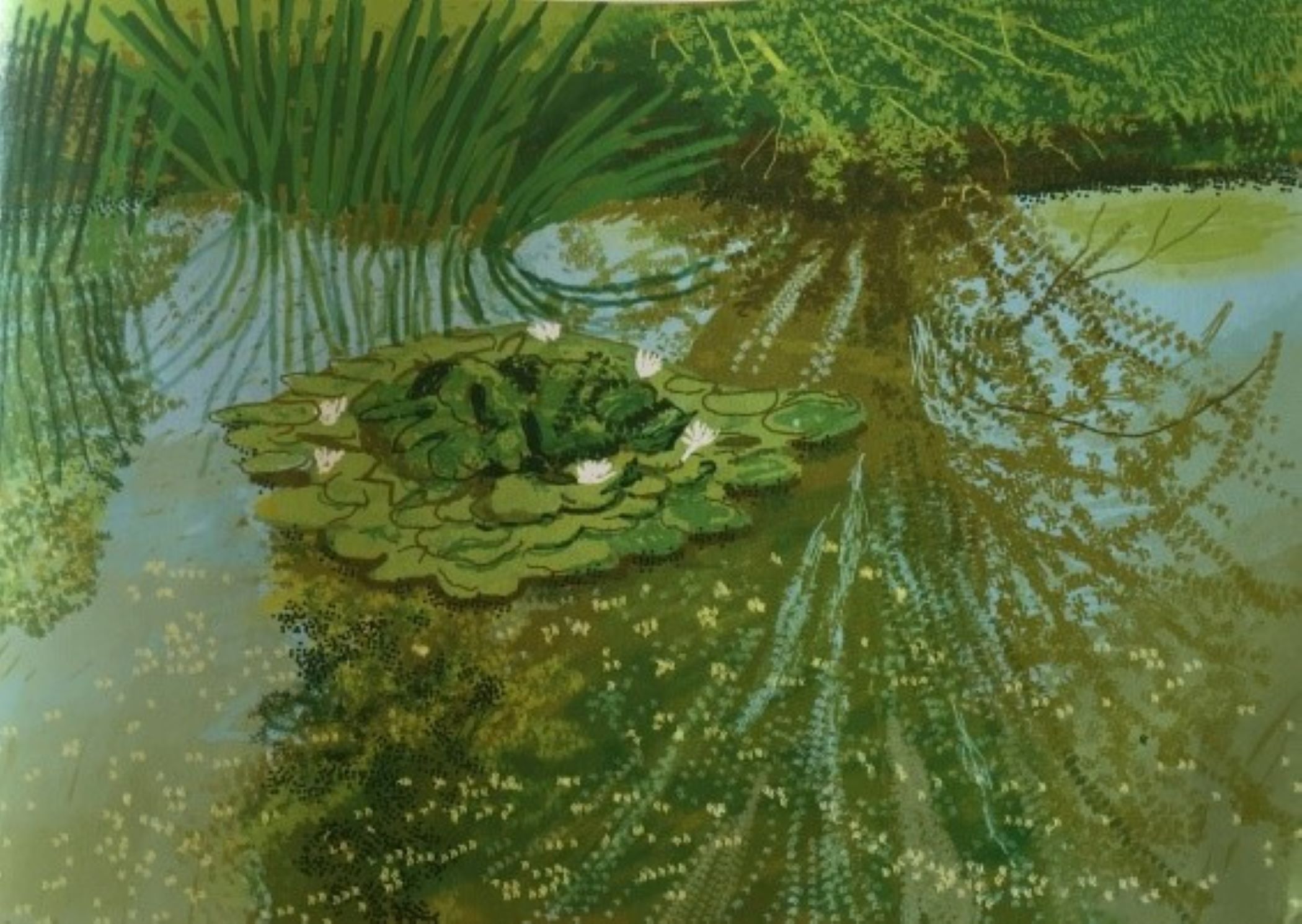 Recently I went up to London to see the latest David Hockney exhibition, The Arrival of Spring, Normandy, 2020 at the Royal Academy. Hockney’s 116 iPad ‘paintings’ are a celebration of the seasons. He moved to rural Normandy two years ago, where he set about capturing the arrival of spring on the four acre field, full of fruit trees, that surround his house. This is a return to the medium of iPad painting, which he pioneered with his 52 part work A Bigger Picture, representing classic rural scenes in his beloved Yorkshire that were exhibited at the RA in 2011.

I have entitled this reflection ‘No Fear of the New’ because this 84 year old artist has embraced many mediums of art through his long career. Born in 1937 in Bradford and trained at Bradford College of Art and the Royal College of Art in London, Hockney recalls that he had to follow the traditional training for aspiring artists: figure drawing, landscape painting and still life. But over his distinguished career (he has now been described as the most influential British artist of the 20th century) he has demonstrated no fear of the new. If you follow the evolution of his work he has embraced sketching, watercolours, oils, printmaking, photography, liquid paper, montage, acrylics, many stage sets for plays and operas and now, in the 21st century, the electronic – iPad drawing and painting. What an example David Hockney is to those of us who are perhaps apprehensive when we are faced with ‘the new’, especially as technology has become so important to our everyday life during the Covid19 lockdowns.

Having visited a number of Hockney exhibitions over the years, I have experienced his ‘no fear of the new’. My first David Hockney viewing was in 1974 on a visit to what we now call Tate Britain. I saw his 1971 portrait, Mr & Mrs Clark and Percy. Hockney used acrylics on this almost life-size portrait and it made such an impression on me that I purchased a copy for my student room at university.

But David Hockney was no stranger to the new. His California swimming pool series, painted after he arrived in Los Angeles in 1964 were bright, light and daring. But it has been in the last decade that Hockney has demonstrated that his style and technique is still evolving. There was, as I mentioned, his epic exhibition A Bigger Picture at the RA in 2012: a huge study of his native Yorkshire while he was living for a number of years in Bridlington. The iPad was key to this exhibition but he also painted very large canvases – en plein air (rather like Monet and the other Impressionists). There was also a whole wall created from multi-camera movies, using up to eighteen cameras to record a single scene. Hockney filmed images as he travelled down a country lane, recording the different seasons.

In his 2016 exhibition, 82 Portraits and 1 Still Life, Hockney called his paintings, started in 2013m ‘twenty-hour exposures’ because each sitting took six to seven hours on three consecutive days, proving that he was able to complete an amazing portrait in just three days. And in 2018 Hockney ventured into the medium of stained glass for the first time. Asked by Dean John Hall to design a stained glass window for Westminster Abbey to commemorate the Queens reign, he based the design on his iPad work but faced very different challenges because of the detail of the coloured glass and the natural shading of the blown glass and it’s rippling texture.

And so back to my theme ‘no fear of the new’. There is still time to see The Arrival of Spring at the RA. I made the trip in a day by train and there are still some tickets available. If art has not been your thing or you don’t know David Hockney’s work, go onto the internet and find out. Have ‘no fear of the new.’