Exeter Cathedral First Stop on Visit to Devon and Cornwall 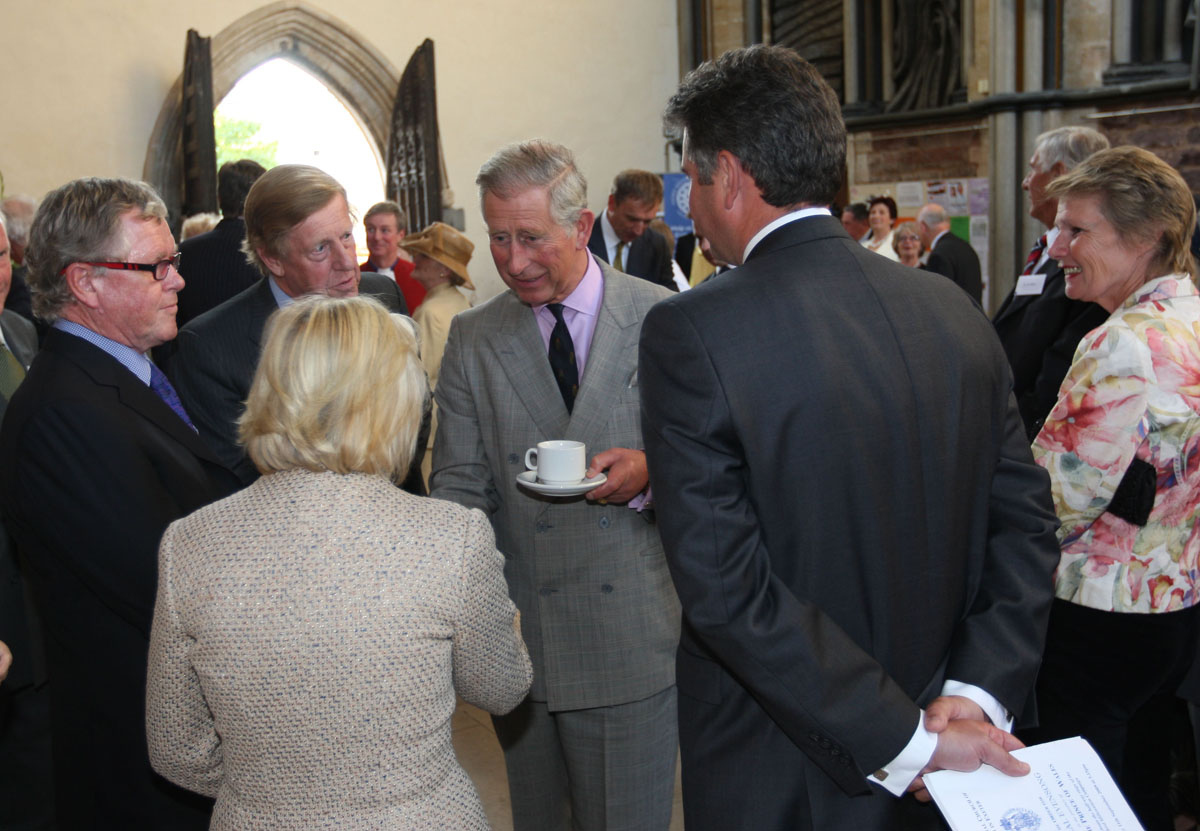 Photo: His Royal Highness The Prince of Wales visiting Exeter Cathedral in 2009.

On Monday July 19 Their Royal Highnesses The Prince of Wales and The Duchess of Cornwall will visit Exeter Cathedral as the first stop on a Royal tour of Devon and Cornwall. Their arrival at Exeter Cathedral will also be the first official Royal visit in the country since the easing of coronavirus lockdown restrictions, which take effect at the start of the day.

On arrival, The Prince and The Duchess are expected to meet with NHS Trust representatives and local community groups, before taking a tour of Exeter Cathedral, escorted by The Very Revd Jonathan Greener, Dean of Exeter. Inside, Their Royal Highnesses will view a collection of the Cathedral’s historic treasures, including the Exeter Book – thought to be the world’s oldest surviving book of English literature and a key element of Exeter’s UNESCO City of Literature status.

The Prince and The Duchess will also meet with some of Exeter Cathedral’s clergy, staff, volunteers, donors and supporters, as well as representatives from the Met Office, University of Exeter, Devon Nursing Cadets, Exeter UNESCO City of Literature, and a group leading Devon’s contribution to The Queen’s Green Canopy initiative.

For The Very Revd Jonathan Greener, Dean of Exeter, the Royal Visit has come at the perfect time for a much-needed boost:

“It is an honour to be able to welcome Their Royal Highnesses to Exeter Cathedral.

“As a Cathedral, a city and a county, we have endured an incredibly challenging 16 months. So, to receive the first Royal visit since the easing of coronavirus restrictions is a wonderful way to lift the spirits of the whole community, and move forward in hope.”

Founded in 1050 with the enthronement of the first Bishop of Exeter, in the presence of King Edward the Confessor and Queen Edytha, Exeter Cathedral has received many Royal visits over the centuries. The building was significantly developed between the 12th and 14th centuries and is now widely considered the most complete example of a first rank church in the English Decorated architectural style.

The Cathedral’s architectural significance is something that had already caught the eye of The Prince of Wales, when last year he agreed to become Patron of the Exeter Cathedral Development Appeal. The Appeal is designed to raise funds to conserve the building’s important architecture and improve the visitor experience for future generations. As Jill Taylor, Director of Development at Exeter Cathedral, explains:

“Last year, we were thrilled that His Royal Highness The Prince of Wales agreed to become patron of our Development Appeal. We know that he takes a keen interest in our architectural heritage.

“It is fantastic that Their Royal Highnesses will now see for themselves some of the crucial conservation work that has taken place – and meet our wonderful volunteers, donors, supporters and conservation experts.”

A selection of photos from the Royal Visit to Exeter Cathedral will be available for media use immediately after the event on Monday.

Those wishing to apply for a fixed position spot at the Cathedral should email Richard Remington by 1700hrs on Thursday 15 July.