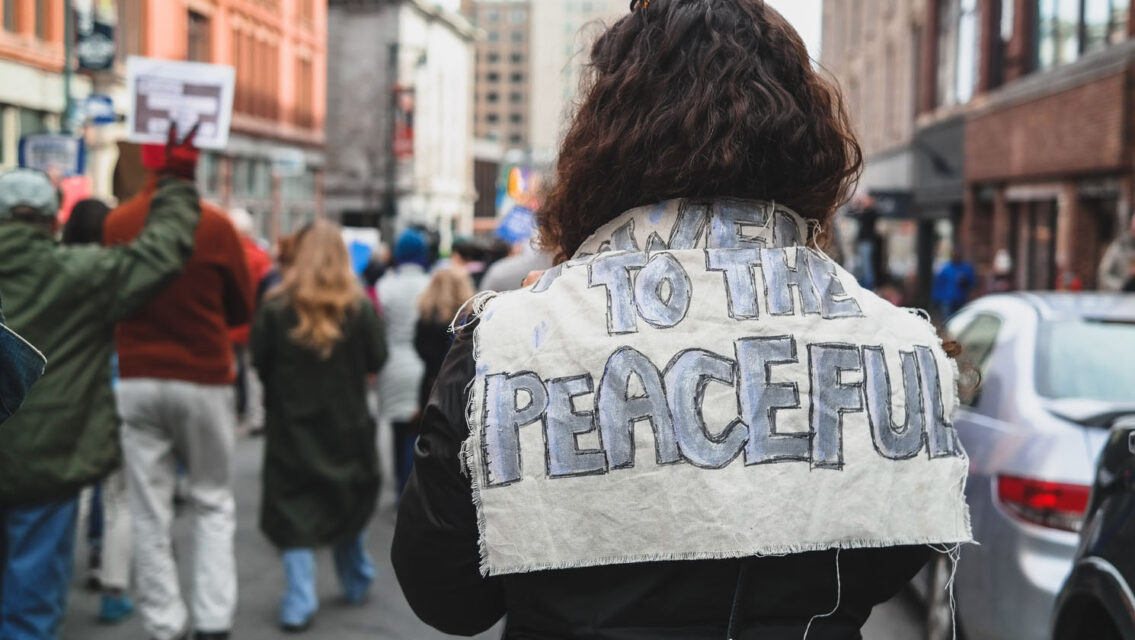 Throughout lockdown our worship has been conducted online – on Zoom and Facebook live. And even though we are again able to use the Cathedral building, we are still faced with limitations, not least the restraint on congregational singing, although, joyfully, choral music will begin again this Sunday. This setting has given us a heightened awareness of how we use make use of our voices – and I want to explore the metaphor of worship as ‘finding a voice’.

Morning Prayer begins with the words, ‘O Lord, open our lips, and our mouth shall proclaim your praise.’ The people of God, through the gift of God, find a voice to proclaim praise. Notice the number of times in scripture that, after the mighty acts of God, people ‘find a voice’. Miriam picks up the tambourine and sings, ‘Sing to the Lord, for he has triumphed gloriously; the horse and his rider he has thrown into the sea.’ Or there’s Hannah after the birth of Samuel. Or, of course, Mary: ‘My soul doth magnify the Lord and my spirit hath rejoiced in God my saviour.’ These great songs are found on the lips of women in a text which comes from a deeply patriarchal culture. Jesus quoting the psalms tell us that ‘out of the mouths of suckling, thou hast ordained praise.’ And on the day of Pentecost the lips of the people of God are freed to speak God’s praise in every language under heaven.

True worship allows those who have not found a voice in the world to discover their voice. And this is possible because, unlike the world, God doesn’t answer back. He listens, sometimes frighteningly so, so that talking to God can feel like speaking into a void. We have no sense in speaking with God that he’s anxious to interrupt, cut us off, or fails to listen because he’s planning what he wants to say. Even though the voices that we find in worship are many and various – lament, penitence, thanksgiving, adoration, praise, supplication, celebration, anger, reproach – there is no chance that worship will ever descend into a squabble or banter or flattery, because God simply refuses to engage us in those ways. In this sense true worship is a safe space for those who are victims of other people’s abuse.

On the other hand, worship is a somewhat dangerous place for those who use their voice in the world to shout others down, promote themselves, whip up hatred, or spread lies. Because God is immune to these things, such abuse of language simply doesn’t work with God. Jesus makes this point in the parable of the tax collector and Pharisee. The one who finds a voice to say, ‘Have mercy on me, a sinner’ goes home justified. The one who uses his voice to proclaim his virtue holds no influence with God.

All of which means that worship is a subversive activity. The voiceless are heard. Those with overloud voices in the world are only heard when they speak truth; their bluster carries no weight with God.

He hath shewed strength with his arm :
he hath scattered the proud in the imagination of their hearts.

He hath put down the mighty from their seat :
and hath exalted the humble and meek.

He hath filled the hungry with good things :
and the rich he hath sent empty away.

And even within the world we can see how worship in contexts of oppression has often baffled oppressors. From Paul and Silas singing in prison in Philippi to Anglicans singing in South African townships during the apartheid era, worship allows the oppressed to find a voice to proclaim a story different from the story of their oppressors.

And this is consonant with the central act of Christian worship, the Eucharist – the act of worship in which we speak with the voice of the oppressed. Typically history is told by the winners, by the strong, and they interpret the past to present themselves in the best light. From the point of view of those who ‘won’, those who crucified Jesus, his death was the execution of a trouble maker: he was a danger to the peace, and those responsible for ensuring peace succeeding in keeping order by removing the threat.

But at the Last Supper, Jesus gives them a symbol that carries his meaning: ‘this is my body given for you… my blood shed for you.’ James Allison in Knowing Jesus talks about ‘the intelligence of the victim’, the interpretation of his story from the perspective of the abused, marginalised, and disenfranchised. The Eucharist gives the victim a voice, because it insists on telling the story of the execution of a Jew in Roman occupied Palestine from the point of view of the man executed – precisely the voice his executors had hoped to silence.

Jesus dies in solidarity with all the oppressed of the world. In this sense the communion we share in the Eucharist and the communion of saints are both the solidarity of the oppressed. And the church in its worship both attends to and frees the voices of the suffering ones in our world to be heard.

Worship is therefore the true ‘freedom of speech’. It subverts the manipulative rhetoric of the powerful, and builds solidarity between peoples whom the world seeks to divide. And in doing so it also lays a burden of responsibility on the church to be attentive to and discerning of the voices of the powerless in our midst. For if we fail to hear them, we fail to hear God.