I chose the Cathedral Library’s medical collection to write about as I wanted to shed light on some of the lesser known aspects of the Cathedral. I picked three very different books to try and show the diverse range we have, in the hope that everyone can better appreciate this Library’s history, and feel inspired to visit when we are open again!

The Cathedral Library, founded by the first bishop of Exeter, Leofric (1050-1072), has accumulated a large number of science and medical books over many years, in particular during the 18th century. Prebendaries Robert Burscough (1651-1709) and Humfrey Smith (1655-1709) collectively donated over 1000 books, including a number of scientific and medical texts. However, the largest and most prominent addition was the Glass collection. The well-known Exeter-based physician Thomas Glass bequeathed his library to the Cathedral after his passing in 1786. In his will he requested that all physicians in the area have full access to them:

By the end of the 18th century, the Cathedral Library had developed a significant early medical and scientific section. However, less than 30 years after the Glass collection arrived, an agreement was made to loan most of them to the Devon and Exeter Hospital (from 1899, the Royal Devon and Exeter Hospital), where they stayed until the Cathedral’s librarian, Miss Marjorie Crighton, arranged for their return in 1948.

Today the historic science and medical collections comprise around 3,000 books, all pre-20th century. 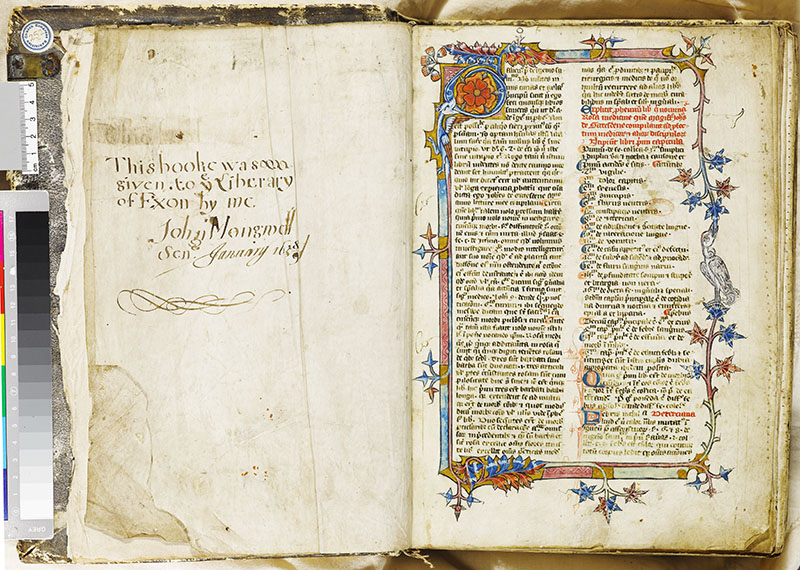 Medieval Medicine
This is the oldest medical book in the Cathedral Library, and the first English textbook on medicine. John of Gaddesdon’s Rosa medicinae, was originally written between 1305 and 1307, but the Cathedral copy dates from c.1360 – around the time of the author’s death aged about 80. The book covers topics such as fevers, disease, how to perform surgery, how to prepare medicine, and even has comments on cooking and superstitions. 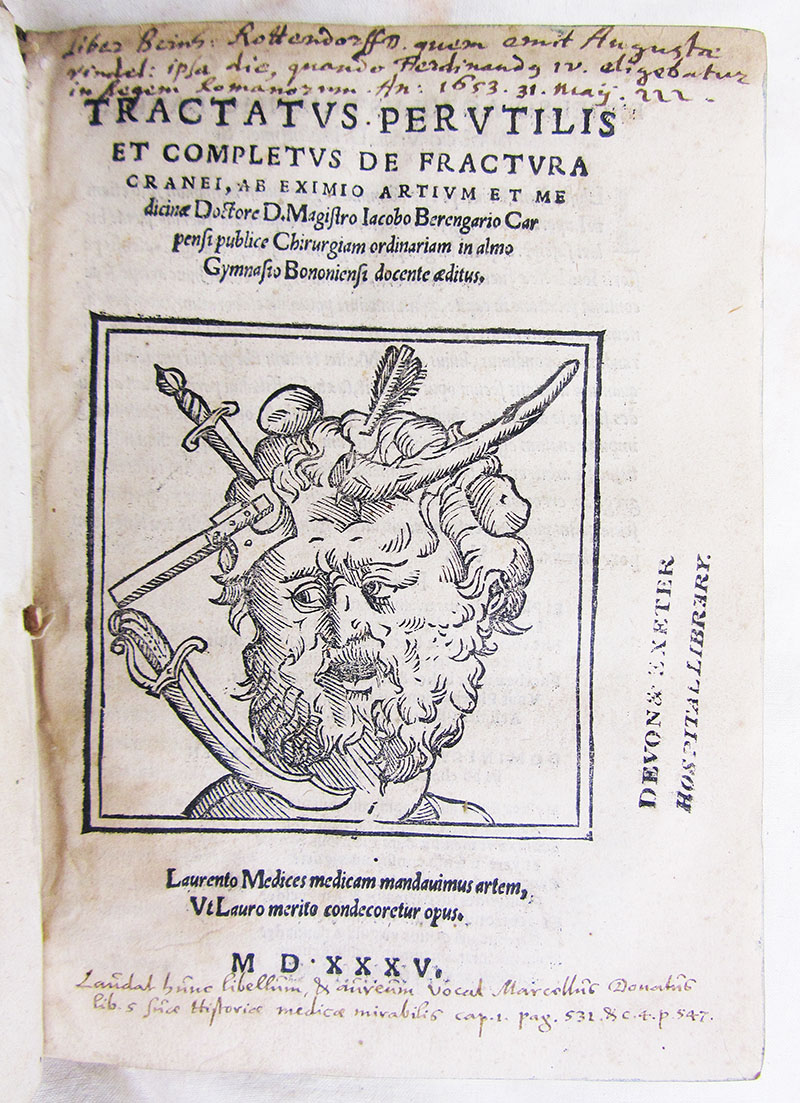 Human Anatomy
The Italian physician Jacopo Berengario da Carpi (c.1460 – c.1530) was known for his mercury cure for syphilis and recognised as the most important anatomist of his time. The Tractatus perutilis et completus de fractura cranei (first published 1518), translates as a ‘Very useful and complete treatise on skull fracture’. This copy was part of the original Glass bequest, and the gruesomely illustrated title page has the stamp of the Devon & Exeter Hospital Library, showing it was one of those lent to the hospital. 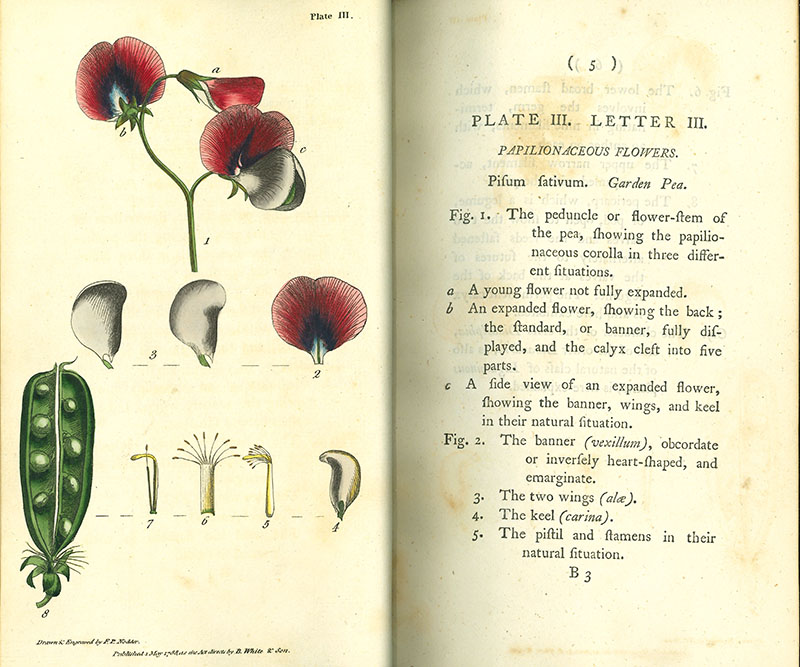 Botanical Science
Thirty-eight plates by Thomas Martyn, published in 1794, is one of several botanical books in the Library. There are earlier botanical books in the collections, but this is the oldest illustrating the Linnaean system of scientific biological classification devised in 1735. It has beautifully drawn illustrations in full colour accompanied by detailed descriptions of each plant.

Appointments to see these and the other books in the collections will be available again soon. Library books are often showcased in cathedral events and workshops, so be sure to check them out when possible!

An archaeology student at University of Exeter, Laila joined Exeter Cathedral’s Library & Archives team on a work placement in October 2020, and has been on the University’s Access to Internships scheme since January 2021.