I’ve been having a bit of time off lately, but am now back at the Cathedral and raring to go. It is so lovely to have visitors about once more.

This week I want to tell you about a memorial and window in the Cathedral that are often missed by visitors. They are dedicated to R.D Blackmore, a famous writer from Devon. Where are they, I hear you ask? ‘They’re behind you!’ I may well cry, especially if you’ve just come in the entrance door! The memorial is just to your right as you come in, and the window is immediately above you.

Richard Dodderidge Blackmore wrote a lot of books. He wrote his most famous book, Lorna Doone in 1869, and people have been buying it ever since! The story of Lorna Doone takes place in Exmoor and is about a group of people who lived there about 400 years ago. The main characters are John Ridd and Lorna Doone, whose romance is threatened by the villainous Carver Doone. For fear of spoiling the story, I won’t say anymore. I’m hoping the Custos might read it to me at some point, I know he has a copy on his bookshelf!

The monument itself is very fine, featuring both a portrait of Richard Dodderidge Blackmore and a very long description about his life and work. You certainly get the sense that he was an all-round good egg! The carving was made by a famous local sculptor called Harry Hems, who worked in Longbrook Street, where Harry’s Restaurant is now. You can see his work all over the Cathedral.

The window above the monument has an interesting story too. In fact, it’s not the same window that is written about on the monument. That first window was destroyed during the Second World War. Luckily we still have the designs for it here: 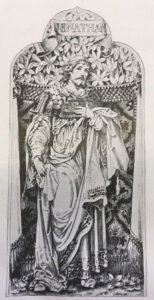 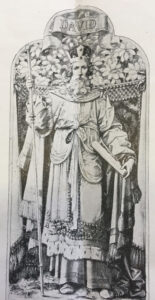 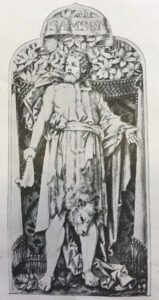 This is how Jonathan, David and Samson looked in the old window

The first window was made by a firm called Percy Bacon Brothers in London. The Bible characters, Jonathan, David and Samson were shown in that window, because they were thought to be most like John Ridd, the hero of Lorna Doone. Jonathan was loving, David was brave, and Samson was strong.

After the old window got broken in the war, the new window that we can see here now was designed by someone called A.F Erridge. The story shown by the pictures in the window are the same, but the designs are really different! I’ve taken a photo of the new window below. Which do you like best? 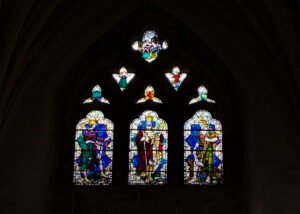 So next time you come in, do remember to look behind you! 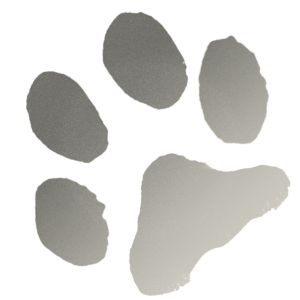