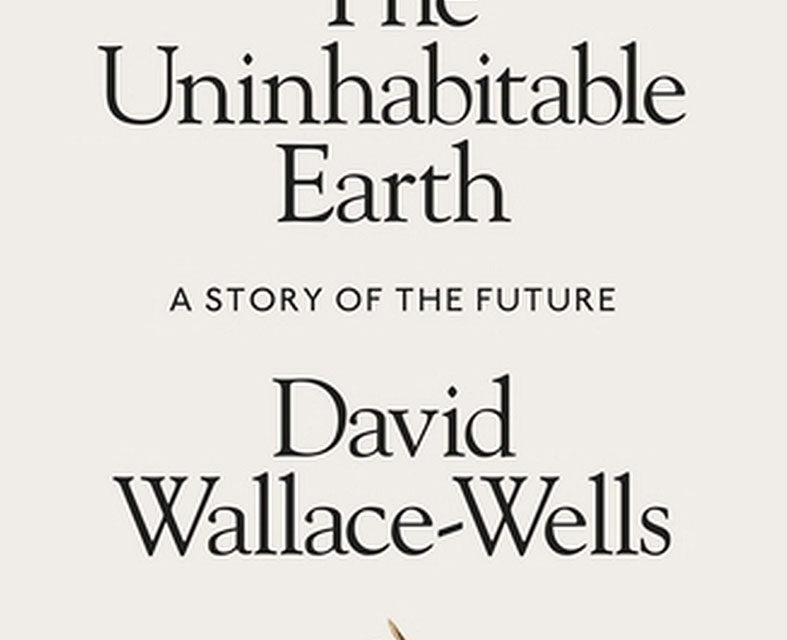 David Wallace-Wells
The Uninhabitable Earth: A Story of the Future

Whatever you think about climate change this book will take you to a new level. It holds no punches in setting out the reality of what we might face as inhabitants of planet earth. There is an urgency in the writing that is compelling and deserves attention as there is still time to take action.

Wallace-Wells is deputy editor of the New York magazine. In 2017 he published a cover story about the worst-case scenarios for global warming. He has built on that work by interviewing lots of experts and reading hundreds of papers. None of what he writes about is new, but it is collected together and told in a way that adds great value to the evidence.

We might be familiar with many potential impacts of a warming planet, but 12 short chapters investigate issues from hunger, floods, lack of fresh water, unbreathable air, economic collapse and more. These are punchy, well written and easy to read even if the implications are hard to take on board.

The second half of the book is more reflective with some chapters making more sense than others. His point is that we suffer a failure of imagination to see clearly in the midst of a climate kaleidoscope of the many moving parts. Change all around us, yet we find it hard to focus on the complex reality of the bigger picture. Science has spent decades taking a cautious approach to the evidence. Only recently in 2018 have the IPCC set out how much worse climate change would be at 2 degrees of warming compared with 1.5.

The book is written with an American audience in mind – making the point that if the world’s top 10% of the most conspicuous emitters, reduced their emissions to only the Europe Union average, total global emission would reduce by 35%. He suggests we don’t get there by dietary choices of individuals but through policy changes; your vote is much more important than personal actions. ‘Politics is a moral multiplier.’

Decades of denial, doubt and disinformation has brought us to the brink of disaster. Climate science has systematically arrived at this terrifying conclusion. ‘How bad things will get is not a test of the science; it is a bet on human activity. How much will we do to stall the disaster, and how quickly?’ This is not a comfortable read; it challenges us all to consider how human action will determine the future of our planet. Wallace-Wells calls on us to embrace the responsibility and not run from it and leave future generations to suffer the consequences.