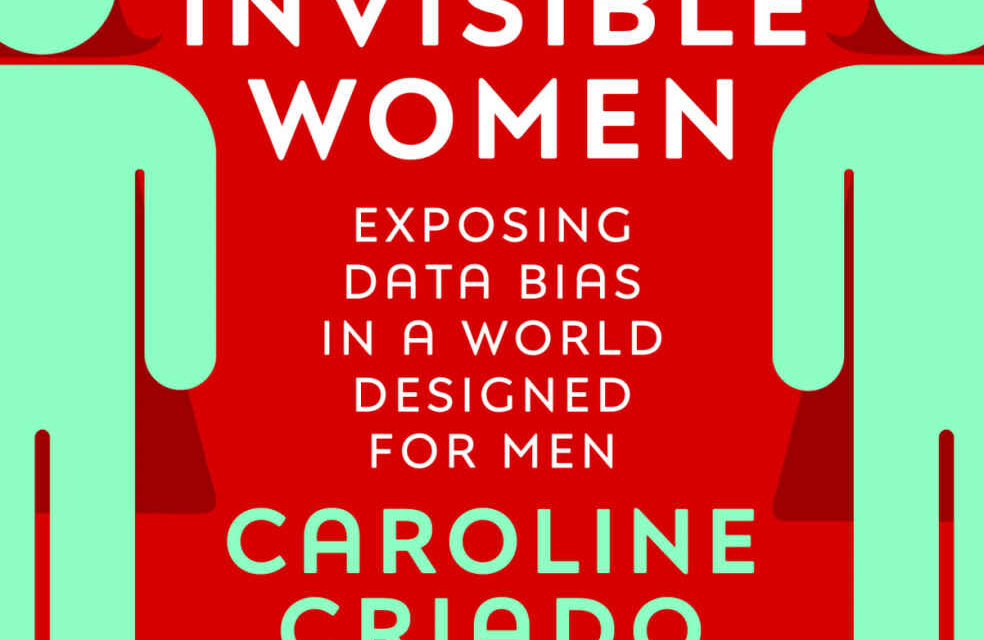 Florence Nightingale featured on the Bank of England £10 note for many years until 1992. She is one of only three women to feature on bank notes. When the Bank proposed replacing the second woman, Elizabeth Fry, with Winston Churchill, Caroline Craido Perez started a campaign to retain at least one woman on the bank notes. Jane Austen’s image is now on our £10 note thanks to that campaign.

Perez’s ‘Invisible Women’ is now out in paperback (£9.99). It won the Royal Society Science Book Prize in 2019. This is popular science at its best. Easy to read with lots of stories. The stories are backed up by a huge amount of evidence that there are numerous and significant ‘gender data gaps’ about women in all aspects of life. Those data gaps have consequences every day and can lead to serious injury and even death.

Her starting point is that the default human is male. The design of motorcars, drugs, phones, workplaces, car parking, snow clearing take the male perspective. Yes – snow clearing is sexist! At least that is what was found in Sweden. It started as a joke – at least the gender equality people would not interfere with snow clearing. The equality people then asked the question. The priority for snow clearing were the roads used by cars. The pavements and cycle paths were the last to be cleared. Men and women travel differently; men are more likely to drive a car than women. Women are more likely to use pavements and public transport. The town of Karlskoga switched the order of snow clearing to pavements first reasoning that it would not cost any more. What they did not realise was that it would save money. Sweden has been collecting data on hospital admission for injuries. Their databases show three times the number of pedestrian to car occupants were injured in slippery or icy conditions. The majority of pedestrians injured were women. Clearing the pavements first reduced the number of people needing healthcare resources saving far more than the cost of clearing the snow.

From snow clearing to drug development the stories are not of deliberate design by men at the expense of women. The point made in almost every case study is that the situation arises due to the ‘gender data gap’. Men do not have the same perspective as women. If women are not involved, or not asked, or data is not collected, then there is a built-in bias towards the male perspective.

There are six parts to the book examining daily life, the workplace, design, going to the doctor, public life and when it goes wrong. A common thread is that often the stories recount men trying to fix or train women rather than listen to them and sort the problem from their perspective. If only the women were like men. In medicine, Perez finds ample evidence that, even today, women are vastly under-represented in the research. Consequently, drugs and treatment protocols tested predominately on men may not work for women.

Perez’s case studies are a wake-up call in how we plan and develop our world. She concludes with three themes that define women’s relationships with the world. First, is the female body, which is routinely invisible in design. Second, is male sexual violence against women – how it is not measured, how we don’t design our world to account for it and limit women’s liberty as a result. The third trend, which Perez suggests is the most significant for women’s lives worldwide, is the high level of unpaid care work undertaken. ‘This necessary work without which our lives would all fall apart.’

Progress is being made as Melinda Gates and Hillary Clinton spearhead the UN-backed organisation Data2x, that is aiming to close the global gender data gap. ‘When women are involved in decision-making, in research, in knowledge production, women do not get forgotten.’

As it says on the back cover of the paperback edition: ‘This is a book that changes the way you see the world’. Essential reading for all men.