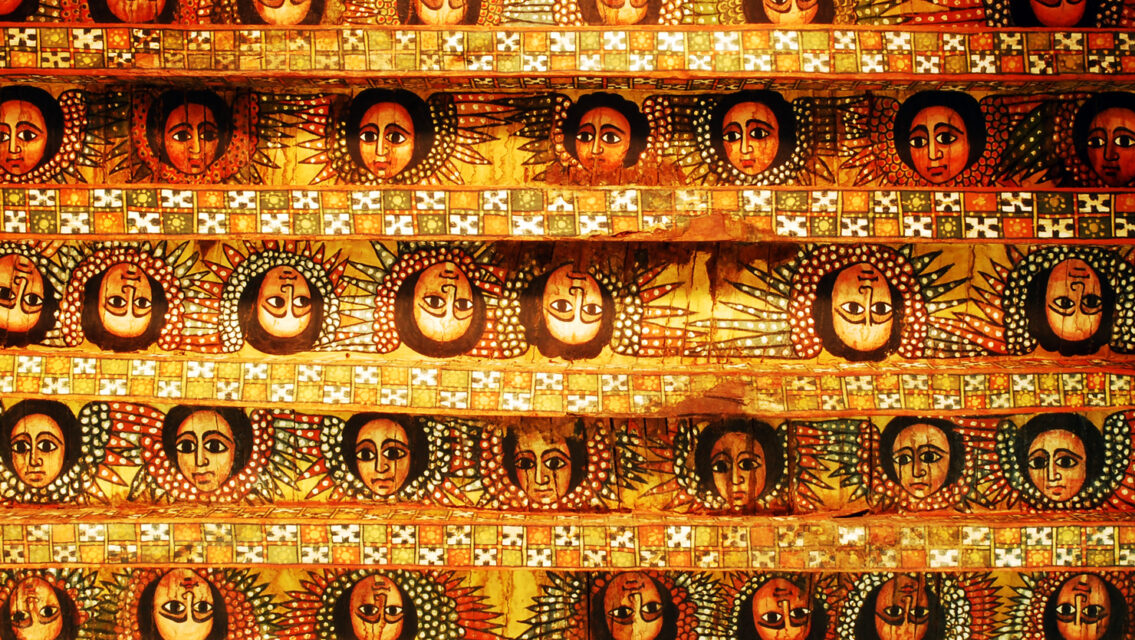 I used to watch Test Match cricket in the period when it was still broadcast on the BBC. Commentators were just getting to grips with the new technology that allowed tiny cameras to be embedded in the stumps or placed microphones to catch every word from the umpires. On one occasion, after watching a particularly perplexing video replay in his commentary box, David Gower was nearly at a loss for words. Eventually, he offered the typically laconic comment, “And that’s what it looks like if you’re a foot”.

I remember my husband and I roaring with laughter. But I also remember it as a lesson in coming to grips with a new perspective on something which we feel ought to be very familiar. I think it is one of the jobs of a historian to look at things from a new perspective and, as a teacher, I try to encourage my students to step into that uncomfortable space of trying one out. But I can’t do that with integrity if I don’t keep trying out new perspectives myself. All historians use their imagination. We need to exercise it and stretch it so that we can imagine things from a new angle: ‘that’s what it looks like if you’re a foot’.

And that is where the difficulty lies, because after a while it becomes almost impossible to read a historical event any other way than the way you have become familiar with. Our historical imagination can become inflexible, unwilling to submit itself to new ways of seeing. When I think about this problem as a teacher, I often think of a favourite passage from the novel Le Testament Français by Andreï Makine. The novelist was born and brought up in Russia but travelled to France and spent much of his writing life there. Le Testament Français (which is the title of the English translation!) is semi-autobiographical. In a particularly vivid passage, the narrator remembers growing up in a small village in Russia, listening to stories of Paris from his French grandmother. When she spoke of Neuilly-sur-Seine as ‘just a village’, this young lad could imagine it in no other way than the world he knew—a world in which villages had log cabins, ‘with roofs covered in slender laths, silvered by the rigours of winter, with windows set in prettily carved frames and hedges with washing hung out to dry on them’. His Neuilly was full of wandering cows, cocks crowing and wagons of corn. It smelled of wood-smoke. Even as a young boy, he sensed the misfit; ‘She said it in French but we only knew Russian villages’. He knew his French grandmother was telling them about a foreign land. He knew that Marcel Proust wandered along elegant roads, not between log cabins. And yet, ‘at the name of “Neuilly” we had immediate visions of the village with its wooden houses, its herd and its cockerel’.

As we read, we realise that the semi-fictional narrator has never been able to let go of that way of imagining Neuilly.  Even after he’s been living in Paris for years, as he casts himself back to his younger self he realises that still the place-name ‘Neuilly’ conjures up for him precisely the same image of wooden houses and cows, and the scent of wood smoke hanging in the air. After a while it becomes almost impossible to unthink it, even after he has become familiar with the place himself.

Nevertheless, that is the challenge I think we must set ourselves as historians—to unthink and rethink our habitual ways of thinking about the past. My focus in the coming weeks is to rethink my syllabus for the coming year. One of my tasks will be to adapt my teaching to the new Coronavirus context. From September, we need to be able to flex our mode of delivery to a variety of different possible situations: students on-campus (but socially-distanced, which means classes 10%-30% of their usual size); students off-campus, or (the most likely scenario) a mixture of the two. Another of my tasks—and I think the more important one—is to challenge my own historical imagination as I come to teach the history of the early church again for perhaps the twentieth year in a row.

One of the great delights in academia is not only working with new ideas but also having the chance to work collaboratively with colleagues in different ways. This year I am planning my syllabus with a colleague whose expertise lies in the history of early Christianity outside the Roman empire—especially Christian communities in Syria, Georgia and Armenia. European and North American narratives about early Christianity tend to take as their fulcrum points the conversion of Constantine in 312 and his declaration of religious tolerance which allowed Christians (and, in fact, others) freedom of belief and worship in the Empire. But the kingdoms of Armenia, Georgia and Ethiopia all also adopted Christianity in the early decades of the fourth century. Indeed, they outstripped Rome in adopting Christianity as their official religion—a move only formally taken by a Roman Emperor in 380. Learning about these regions beyond the borders of the Roman Empire reminds me that Christianity was far from being a Roman imperial phenomenon—but also that we have all too often forgotten that. We remember that Jesus was a Palestinian Jew, but we all too hastily move the story of Christianity on to Greece and Rome, forgetting that even Paul spent fourteen years in the middle east before beginning his missionary journeys around the Mediterranean. (In Galatians, Paul tells us he visited Arabia and Syria, amongst other places).

This is not just a matter of historical accuracy. It is a question of exercising and stretching our historical imagination back to a time when Christianity was not a European phenomenon—it was a religion of the middle east, the Caucasus, north Africa and the Mediterranean (and for that period the concept ‘European’ makes little sense at all). We are so used to thinking that Christianity is all around the world because Europeans took it there, that it is a jolt to remember that Northern Europeans were relative late-comers in the game. Those who took Christianity to India and China, for example, were Syriac-speaking Persian monks (preceded, in the case of India, by Greek-speaking Egyptians).

It is also valuable to be reminded that the regions in which Christianity first thrived—places like Mesopotamia and Ethiopia—had centuries-old sophisticated civilisations at a time when the peoples of the northern isles were simply ‘stuffed with porridge’ (This was Jerome’s famous put-down of Pelagius, whom he describes as ‘Scottish’, a fairly vague descriptor which probably denoted somewhere ‘way up north’ from Jerome’s Italian home). Unfortunately, the Greeks and Romans frequently treated such peoples as exotic or primitive—and certainly as strange. Our classically-educated nineteenth-century European forbears translated this into an assumption that the civilisations of Greek and Roman were the only civilisations worth talking about and that modern Europeans (usually northern Europeans) were their heirs.

Reading their works now, I am shocked at their casual attribution of moral caricatures to race. But it is easy for this thinking to drift subtly into our perspectives on the history of Christianity. Even with a lot of knowledge, we tend to imagine early Christians in our own European image: we’ve become like Makine’s young boy who can only think of Neuilly-sur-Seine full of log cabins and cows. There has been a tendency to ignore the cultural and ethnic diversity within the Roman Empire, forgetting that Augustine, for example, although rising to prominence in Rome and Milan, was a North African boy from a region near Carthage whose people were the result of a long and complex intermingling of Numidian, Libyan, Mauritarian, Phoenician and then Roman settlers. Still more, historians like myself have ignored Christians outside the Roman Empire or brushed aside their distinctiveness, unable to imagine an authentic form of Christianity which is not ‘like us’. Or we’re in danger of exaggerating the distinctiveness, dismissing Christians outside the Roman Empire as exotic, strange and thus heretical—a move which has had long-term repercussions for millions of Christians in the Middle East.

So this is my intellectual work-out for the next few months. I need to stretch my historical imagination to accommodate some new perspectives: ‘This is what Christianity looked like if you were…’.