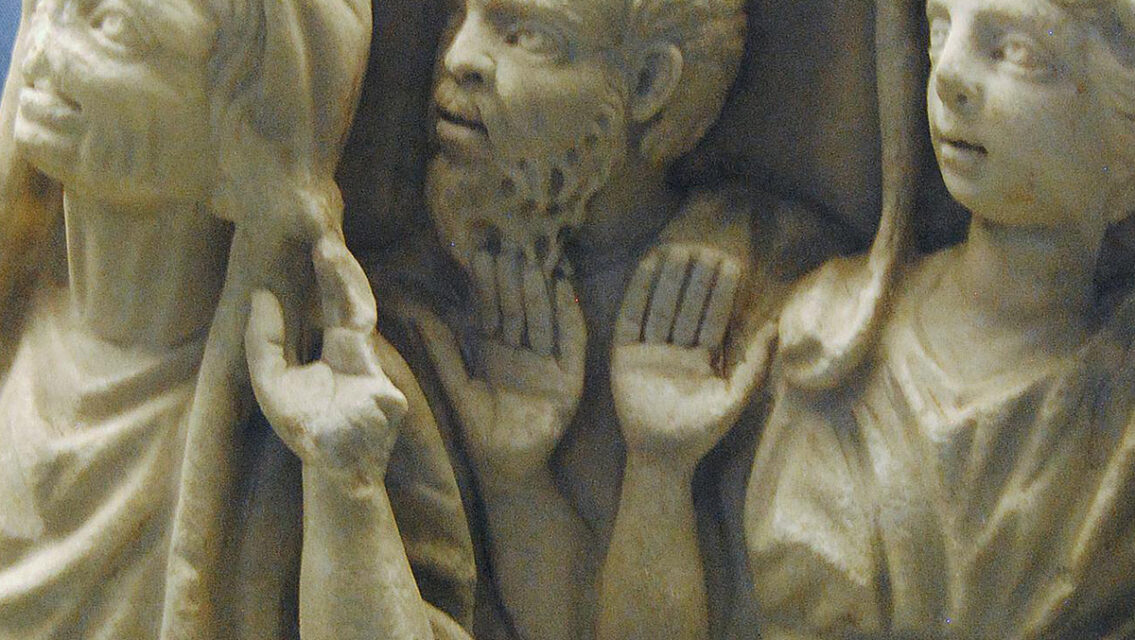 One of the things I have missed about lockdown is my friends’ characteristic gestures. This may seem odd, because one of the features of video-conferencing is that many of us have spent a lot of time peering at a screen as we look at people talking. Apparently one of the reasons that video-conferencing is so tiring is that our brains are working extra hard to process the information that comes to us electronically. Not only may sound quality differ, but we do not process visual information as easily as we do when we are really ‘face to face’. Visual cues that we pick up quickly from body language when we are in the same room are less easy to interpret on-line. But at the same time as I am scrutinising people’s faces for their responses to my own words, I am also missing the habitual gestures of friends and family: the sheer group energy when my daughter meets her teenage friends; the way family members sit reading; the way colleagues sit around a table drinking coffee, each with their own coffee choice and their own distinctive way of holding the cup or fiddling with the spoon.

I am always reminded of the importance of gesture when I read one of my favourite novelists, Ngaio Marsh. She is perhaps one of the lesser known female crime writers of the mid-twentieth century: her plots are less intricate than those of Agatha Christie (but significantly more psychologically credible); she doesn’t have Dorothy L. Sayers’ sharp wit. But what she does have in abundance is the ability to delineate a character through posture and gesture. Perhaps this is because Marsh, like one of her main protagonists, was an artist. From the way in which a character leans against a mantlepiece to light his pipe or the way another wheels her bike through a quiet village we learn something important about who they are and how they fit into that particular context.

In Marsh’s Scales of Justice, for example, we know all we need to know about the characters of three women and their reactions to a murder, simply by the way they each sit in the same room. Lady Lacklander’s ‘vast black bulk’ is used by the author not to mock or condemn her but is a visual reminder that she is Lady of the Manor not just in title. It expresses her social dominance not just of the assembled party, but of the whole valley. Meanwhile, Kitty ‘was extended on a sofa with one black velvet leg dangling, a cigarette in her holder, a glass in her hand and an ashtray loaded with butts at her elbow’. Instantly we know that she doesn’t fit in socially with the rather stuffy inhabitants of the village. Her lounging figure is odd and awkward given fact that it was her husband who’d been killed. She is a character perpetually in tension: ‘although her hands were still shaky, she was tolerably composed’. Meanwhile, the district nurse, Miss Kettle, has the ability to fit in everywhere and to be comfortable in the most awkward of situations. While the other two women’s way of sitting creates tension—each dominates the room in a different way—Nurse Kettle was simply present, ‘at a remove in a small chair perfectly at her ease’.

Marsh has already described how Kitty liked to greet guests by extending her hand to be kissed – a gesture which most found embarrassing. When, therefore, one male character, arriving to commiserate with her on the loss of her husband, takes her hand and kisses it ‘with an air nicely compounded of embarrassment, deference, distress and devotion’, we know exactly what has been going on. In a later scene, Kitty and Lady Lacklander meet again – and again in Kitty’s house. By force of habit Kitty extends her hand to be kissed by the Lady of the Manor. In a subtle master-stroke, Lady Lacklander takes Kitty’s hand, turns it over and extends her own hand to be kissed instead. Without a word being spoken—without a description of facial expression—we see the way female power was exercised in a small English village.

One of the reasons I love these descriptions so much is that gesture and posture are so often forgotten. And yet they are so important in the way in which we relate to one another and to our context. They are also important in the way we express our deepest beliefs. Although some would argue that the Christian mystical tradition, for example, is ‘all about interiority’ (as one scholar once put it to me), in fact many of the writers of that tradition are acutely sensitive to the importance of posture. When Origen of Alexandria writes about prayer, he gives a symbolic meaning to some of the traditional gestures associated with prayer: thus praying in the direction of the east symbolises the Christians’ looking towards Christ, the true light.

But mostly, the physical gestures are not to be explained away with spiritual meanings: rather, for Origen they are a physical expression of a spiritual attitude—the two cannot be separated from each other. The ancients (whether Jewish, Christian or followers of traditional Greek and Roman cult) habitually prayed standing with their hands raised to heaven with palms uppermost. Origen sees in this the body ‘wearing’ or expressing the soul’s attitude to God. It is as if the hands are offering one’s soul up to God. One should kneel for prayers of penitence, because again in this the body expresses through its posture, the whole person’s attitude before God.

And it’s for these reasons articulated by Origen that I am particularly looking forward to worshipping in the Cathedral again. It’s not that I can’t pray at home, but at home I use a different range of postures. I can pray along with the priest broadcasting worship, but somehow I feel foolish kneeling or standing at home. I miss the postures appropriate to public and corporate worship, because they express something of my character and of my relationship to God and to my community in the church.

‘What day is it? I’ve lost track.’ By Morwenna Ludlow In recent weeks old time-tables have disappeared to be replaced by new routines. Those of us who are able to work from home are adapting to a new crop of on-line meetings magically sprouting...

By Morwenna Ludlow For over two weeks I have been nowhere except my house and garden, with the exception of the occasional cycle-ride—usually the same route. It’s brought my mind back again to one of my favourite books, The Summer Book by Tove Jansso...

By Morwenna Ludlow My sympathies and prayers are with our bishops and leaders in the Church of England as they seek ways forward in these uncertain times. What few of them have direct oversight of, however, is the provision of health care. Yet in the ear...

By Morwenna Ludlow The last fortnight has turned our lives upside down. Just over two weeks ago, I was busily booking trains for a series of work trips; in the next few days these trips were all cancelled. Appointments to give seminar papers, journeys to...