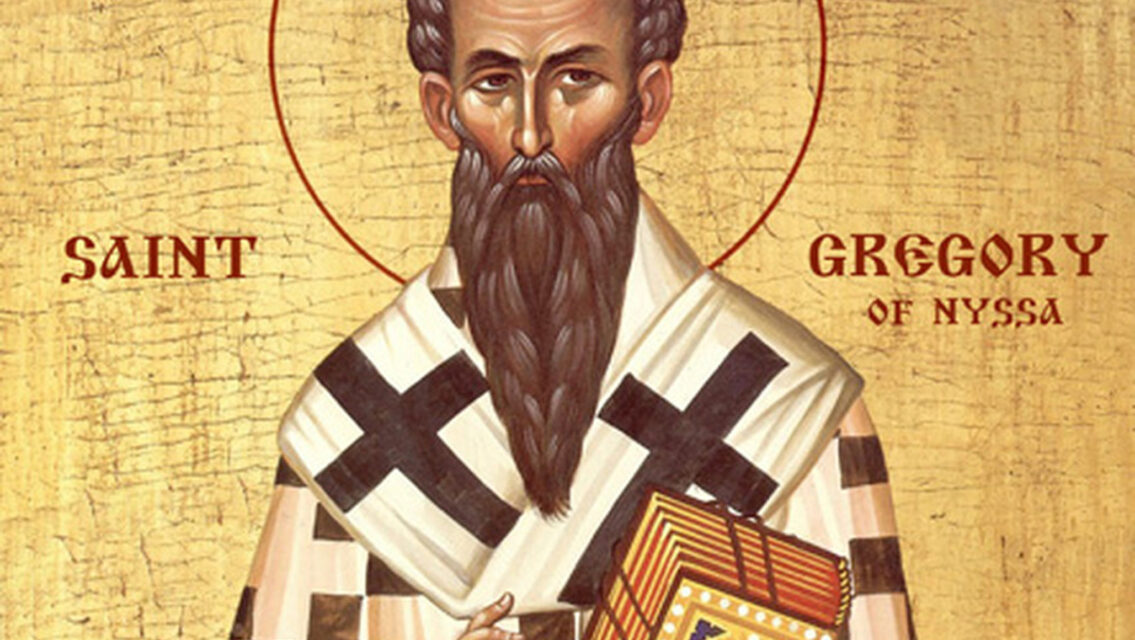 Over 1,500 years ago, a man called Gregory, bishop of a small town in Asia Minor, sat down to write to one of his flock. His addressee, a man called Kensitor, seems to have been in charge of a monastic house of men and women. He had asked Gregory for advice: should he allow the members of his community to go on pilgrimage to Jerusalem?

Christian pilgrimage to the holy city had been well-established for over half a century by the time Gregory wrote his letter (Letter 2, to Kensitor : go to p.115). Made popular by the Emperor Constantine and his mother Helena, pilgrimage was not required of Christians, but many pious folk made it their aim, often in fulfilment of a vow.

Gregory, however, gives a stern reply to Kensitor. What are the benefits of pilgrimage, he asks, when the dangers are so obvious? Travel to Jerusalem is in danger of distracting people with worldly preoccupations. Perhaps he was thinking of the souvenirs that we know people bought to show they had been to holy places. Worse, Gregory warns, the journey will bring monks and nuns in close proximity to one another – unlike their present life-style in which contact between the sexes was closely supervised. Ancient monastic communities practised careful social distancing! Even though they were part of the same community men and women slept, ate and worked in different quarters. Their only common space was the church where they met several times a day for worship.

Gregory’s second tactic is more theological. Did Jesus command his followers to go on pilgrimage to the Holy Land? No. Is the risen Lord to be found more there than he is at home in Cappadocia? No! Is the Holy Spirit trapped in Jerusalem unable to visit us? Absolutely not!

These firm judgments were rediscovered in the Reformation, when Calvinists leapt upon them with glee. Here was evidence that one of the holy church fathers denied the value of pilgrimage! Perhaps the traditional rites and rituals of the medieval church were built on a lie! Gregory’s letter is still sometimes quoted for this reason, because he does seem to be arguing that physical place does not really matter: God can be found anywhere, because God is not a material object which is located in one place alone. Indeed, Gregory seems to be down-playing the material aspects of piety altogether.

But this is where we need to look again. For Gregory is forced to admit in the very same letter that he himself had recently visited the pilgrim sites (oops). With some embarrassment he lines up his excuses. He’d been on a work-trip to the diocese of Arabia—sent by a senior bishop to settle a dispute. Since the dioceses of Arabia and Palestine were next to one another he’d just popped over the border to visit clergy in Jerusalem… And while there, yes, it’s true that he’d seen the holy sights—and, it turns out, not just Jerusalem and the Mount of Olives, but Bethlehem too. As if to justify his stern advice to others, he is rather grumpy about the whole experience: the Holy Land is not that holy. There are more altars to God back home in Cappadocia, he says. ‘Our own places are far holier than those abroad’.

But is this the whole story? Some would like to think that Gregory’s last word on the matter is his view that God can be found anywhere, that place doesn’t matter. After all, this is the same theologian who wrote great works of Christian spirituality and believed that no human words could possibly describe God. If God is ‘Immortal, invisible, God only wise, in light inaccessible hid from our eyes’, to use the words of a modern hymn, then how can God be found in physical place?

But something is very odd here. Gregory also writes with an acute sense of the beauty of place—a very material beauty which absorbs all the senses. He writes evocatively of a friend’s garden, praising the place in extravagant detail. In a sermon (p.159) he exclaims ‘O how elegantly the Maker of the springtime describes its beauty for us!’ when he reads Songs 2:11-12: ‘For, lo, the winter is past, the rain is over and gone; the flowers appear on the earth; the time of the singing of birds is come…’. And it is not just the glories of the natural world that he praises. One sermon for the feast-day of a local saint describes the beauties of the saint’s shrine, including a marvellous description of its gleaming mosaics. A letter elaborates in meticulous detail Gregory’s plans for building a similar shrine—it turns out to be a begging letter for church improvements! He is asking an acquaintance to send him skilled workers to build a complex stone-vaulted roof, to shape and face elegant pillars, and to carve an intricate doorway.

Given this sensitivity to place, it is perhaps unsurprising to discover that Gregory is not always so grudging about the experience of pilgrimage. Indeed, in another letter he writes very movingly of his trip to Palestine: ‘when I saw the holy places with my own eyes… I was filled with a joy so great that it cannot be described in words’.

This is perhaps a lesson in the dangers of quoting anyone out of context. Gregory’s advice about pilgrimage is swayed by conventional ancient concerns about protecting the modesty of women. But his response to place is also deeply personal. Readers with Calvinist tendencies will be disappointed to learn that Gregory’s spirituality is in fact full of appreciation for material places, objects, shrines, sacraments and the relics of saints. He was moved by the sights in Jerusalem and Bethlehem, but his writings suggest he was even more deeply attached to holy places nearer home. He clearly hated the travelling he had to do as a bishop and he writes with deep emotion about the pleasure of returning home to his own church community and familiar places of worship. He did believe that God could be found anywhere—but that was precisely why he was confident in finding his spiritual home in Cappadocia, not in Jerusalem. For him, a trip to the Holy Land meant separation from the holy places which meant the most to him.

I’ve been thinking about Gregory’s letters about pilgrimage and place this Lent as most of us have been forced to stay at home and find ourselves separated from our normal places of worship. Gregory’s thoughts on God and place are, I think, both theologically rich and deeply human. We can be reassured that God is indeed everywhere—God is no more shut in by the doors of a cathedral than God is located in Jerusalem. Yet Gregory reminds us that we are human beings who share our humanity with Christ. It is natural for us to express our relationship with God physically—through our senses, in our posture and voice and in our relationship with those places and spaces we feel at home with God. As we journey rather uncomfortably through this period of isolation from those places, we can reflect on the reasons for this sense of discomfort and we can look forward with Gregory to coming home to them once again.