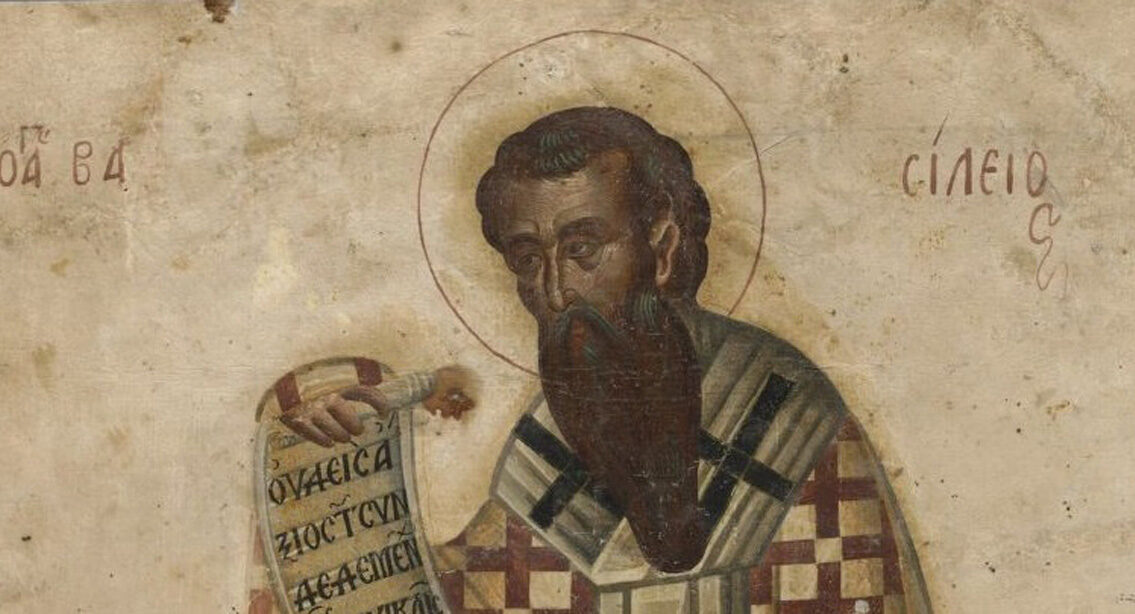 My sympathies and prayers are with our bishops and leaders in the Church of England as they seek ways forward in these uncertain times. What few of them have direct oversight of, however, is the provision of health care. Yet in the early centuries of the church, this was a very common feature of a bishop’s responsibilities. One of the most famous of these in the Christian east was Basil, Bishop of Caesarea. He was born around 330 in Caesarea, the principal town of Cappadocia to a wealthy, land-owning family. He was the oldest son of ten children. The story goes that when he returned from his education in Athens, puffed up with pride in his learning, his older sister Macrina persuaded him to give up his career as a teacher of rhetoric to become a monk.

To begin with, Basil thought he was called to a relatively solitary life. In the late 350s he set up his cell alongside a small group of like-minded men on an isolated and wild part of his family’s estate. Despite his best efforts, though, it was a mixed success: his best friend Gregory refused to spend much time there because the weather was awful and the cell leaked. Attempts at self-sufficiency failed and Basil’s mum had to bring them emergency rations from the main house!

But this dispiriting beginning allowed Basil to reflect deeply about how best to organise the religious life. Whilst keeping a deep affection for the solitary calling, he became convinced that he was called to a more urban way of life. His friend Gregory reported in 380 that if one went ‘a little way from the city’ of Caesarea, one could see ‘the new city’. It became known as the ‘Basileias’—a Greek play on words which means ‘Basil’s place’, but also ‘the place of the kingdom’. (Warning: Greek puns are Not Very Funny.)

So, Basil’s monastery just outside Caesarea was not an attempt to escape the world; it was Basil’s mission to make the life of the kingdom real in and for the world. While the monks still lived apart from the rest of the society, they were close enough to be connected to it, not least in worship, for their monastery church was used by local congregations. But they also served the community in other ways—and this is where the hospitals come in. What were they like?

In the year 372, Basil wrote a letter to Elias, the Governor of the Province of Cappadocia, pugnaciously defending his institution: what harm could we possibly be doing? he asks. The buildings are not only dwellings for the bishop and monks, but also ‘lodgings for strangers’. These guests were travellers with nowhere else to stay and the sick in need of healing. For the latter, he said, the monastery provided not just prayer, but also people dedicated to the care of the sick and even trained physicians. And when they recovered, Basil boasted, these people were helped by being given training in skills to secure their livelihood and to enhance the quality of their lives. Surely, he asks Elias, this is all for the good of the city?

What Basil describes here is a kind of hospital. He was following in the footsteps of contemporaries who were moving Christian asceticism away from the desert and nearer to the city so that there were Christian communities dedicated to serving the poor. From the 350s onwards, hospitals and hospices were founded in all the major cities of the eastern Roman Empire and beyond: Constantinople, Antioch, Alexandria, Jerusalem and Edessa. They were financed by monastic communities themselves, by donations from wealthy families, by imperial grants and by diocesan bishops setting aside funds.

These institutions ruffled a few feathers, as Basil’s letter to Governor Elias implies. In the early 360s the Emperor Julian (who had stunned his contemporaries by converting from Christianity to advocate traditional Greek religious practices) complained that Christians were popular because of their kindness and generosity to strangers. Pagans had to follow the Christians’ example of sharing what they had with the poor, he argued, or they would lag behind in the religious market-place!

This suggests that what Christians were doing was new—new, that is, to elite pagans of the Roman Empire, for whom ‘philanthropy’ meant helping those to whom you were bound by ties of kinship, household or patronage. Although their understanding of medicine seems primitive compared to our own, the Greeks and Romans had highly educated physicians, trained in anatomy and experienced in the effect of drugs, diet and regimen on human health. But those who received medical care were usually those lucky enough to be connected in some way to wealthy households. What was extraordinary about Christians was their willingness to extend the benefits of Greek and Roman medical learning to those who could not pay for it and who had to be cared for in someone else’s house—institutions like ‘Basil’s place’, the Basileias.

And did these hospitals work? Were people cured? Two things suggest that they had a reasonable chance—and certainly they gave the poor a much better chance than they would otherwise have had. The first piece of evidence is Basil’s commitment to educating those who recovered—they must have saved enough people for this project to be worthwhile. The second is that Christians also set up separate institutions—hospices—for the incurably sick, especially those with leprosy. This means that the monks were making distinctions between those they hoped to cure and those they knew they could not. The poor and permanently sick were frequently treated in the ancient world as if they were useless. Even in rich families, lepers were shunned as not only useless but dangerous. But in establishing hospices for those with life-long illness or disability, Christians showed a commitment to loving and caring for those whom society treated as useless. The purpose of ‘Basil’s place’—the place of the kingdom—was to show that these people had a place in God’s kingdom too.