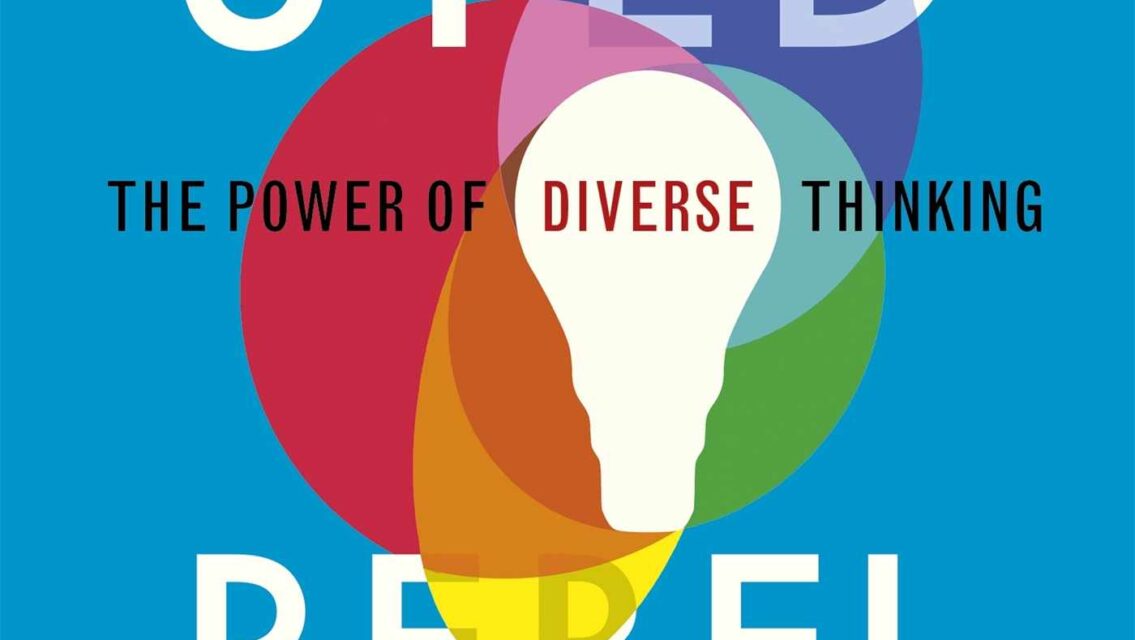 ‘Great minds think alike’. Perhaps not. Certainly not after reading this book. Mathew Syed, The Times journalist, turns his attention in his latest book to the science of diversity. A compelling read as he digs into the real benefits to humanity of our ability to generate new ideas. New insights come when we are willing to interact with those who think differently. Diversity is not just about demography, sex and race; his key point is the need for diversity of experience and thinking. It is our collective intelligence that creates innovation.

Collective blindness plagued the CIA in the period before 9/11. They lacked the cognitive diversity that might have allowed them to spot the significance of bin Laden issuing pronouncements to his followers in poetry from a cave. The CIA did not have the expertise in the Muslim faith and culture to be able to interpret the underlying meanings and seriousness of the threat. They failed to grasp the urgency or connect the strands of intelligence.

The English Football Association recruited a group of diverse thinkers to help them create more success with the national sides for men and women. The group included the author, coaches from rugby, cycling, founder of high-tech company, an educationalist and a female high ranking army officer. The press was extremely critical – what did these people know about football? They missed the point. The FA needed insights from outside football. They offered ‘rebel ideas’. With complex problems, no one person will have all the relevant insights. We are often comfortable with people who think like we do – homophily. There are dangers of homophily. If we are homogenous, we will share the same perspective. Syed unpacks the Poll Tax disaster looking at the Tory grandees who created and signed off on the policy and how similar and unconnected to the real world their perspective was.

The chapter on constructive dissent introduces a helpful acronym HiPPO: Highest Paid Person’s Opinion. HiPPOs rule the world. The airline and healthcare industries have worked very hard to overcome hierarchy in decision making. HiPPOs can kill people. The Echo Chambers chapter makes uncomfortable reading. The danger is that hearing views that are opposite usually reinforce your own position. Brexit has been a prime example of many living in echo chambers.

The idea of putting wheels on the bottom of a suitcase was suggested back in the early 1950s. The boss could not conceive of such an idea. Even in the 1970s most retail outlets would not contemplate ordering such an item believing customers would not buy the product! Taking ideas from different fields and bringing them together are often the most fruitful ways to innovate. Yet we find it hard to make the imaginative jump.

An enjoyable and easy read. Great insights and stories to illustrate some very serious points.