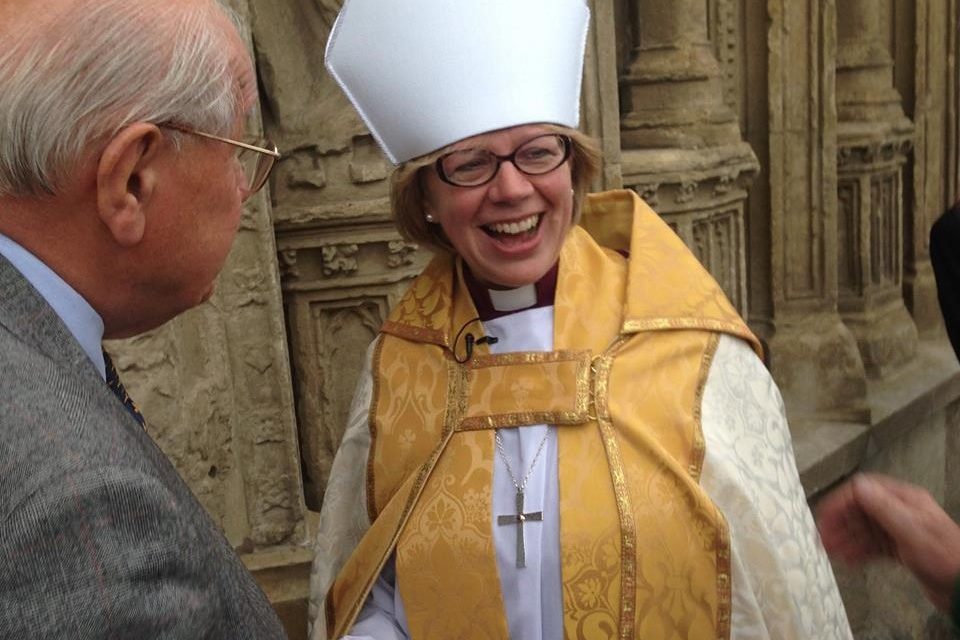 The re-scheduled service to say farewell to Bishop Sarah will take place at Evensong on Saturday 21st April 2018 at 16.00

Bishop Sarah, who has been Bishop of Crediton for two and a half years, will take up her new role as Bishop of London – the third most senior appointment in the Church of England – in April.

Married to Eamonn and with two children, Bishop Sarah was a senior civil servant in the Department of Health before ordination. A trained nurse, she became Chief Nursing Officer for England in 1999, the youngest person to be appointed to the post. She was ordained in 2001 and served her curacy in St Saviour’s Battersea Fields, initially as a self-supporting minister, before leaving her Government post in 2004, subsequently taking up full-time ministry in the London Borough of Sutton.

Bishop Sarah was made a Dame Commander of the British Empire in 2005 in recognition of her outstanding contribution to nursing and midwifery. In 2012 she was installed as Canon Treasurer at Salisbury Cathedral, before becoming Bishop of Crediton in the Diocese of Exeter in 2015. She is also a member of the Church of England’s National Safeguarding Steering Group.