The Exeter Cathedral ringers will be making the long trip to Ossett (Yorkshire) on this Saturday (24th March 2018) to compete in the National 12 Bell ringing eliminators – which this year are being held at Ossett, Southwell, and Selby.

Only the top three teams in each eliminator will qualify for the prestigious final – which this year takes place at Cambridge in June.  The bands are judged on the quality of their striking and the rhythm that they are able to produce on the day, so much practice has been required, with the band making trips to many different venues – as well as the 500 mile day trip to practice at Ossett on February!

Our Cathedral ringers have qualified for the prestigious 12 bell final for 6 of the last 8 years, and were very proud to finish 4th in the Norwich final of 2015. Last year they were placed 1st in their eliminator at Sheffield and then managed to finish 5th overall in the Southwark final – beating many of the leading London bands along the way!

We wish the Exeter Cathedral band all the best for the coming weekend.

Exeter Cathedral will be hosting the final of this prestigious competition in June 2019 – so we look forward to welcoming all of the country’s ringers for that weekend!

The Exeter Cathedral bellringers were placed a very close second in the eliminator, and have qualified again as one of the top 10 teams in the country that will now contest the ‘Taylor Trophy’ at the prestigious final of the National 12Bell Competition in Cambridge later this year.

With only the top three teams from each of the eliminators qualifying for the final, the judges remarked that the start of the Exeter Cathedral band’s ringing was the best that they’d heard that day – with the teams being judged solely on the quality of their striking and the rhythm that they are able to produce during their ringing. 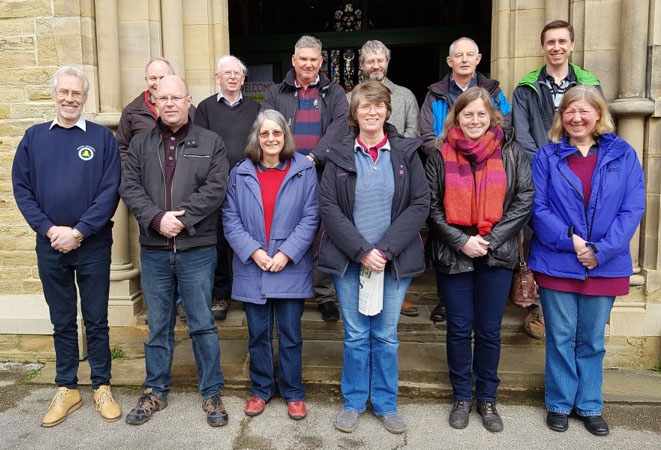