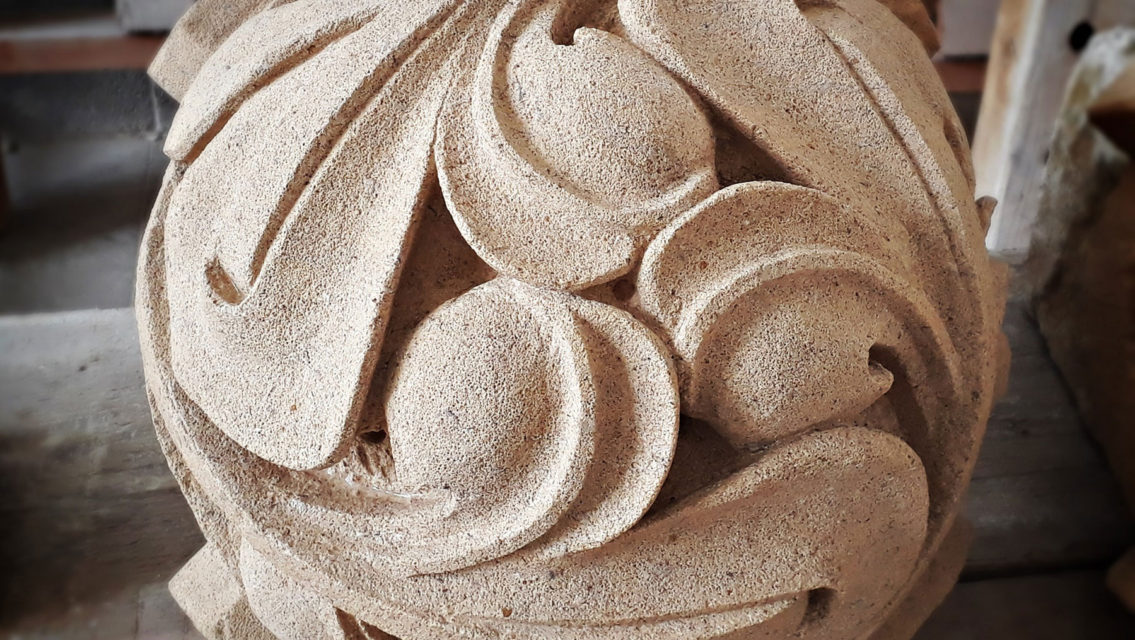 Cristian, who has recently achieved his NVQ2 in stonemasonry, was awarded the ‘Best Overall Boss’ for his carving of a stiff-leaf foliage boss.

The Annual Boss Stone carving competition has been running for over twenty years. Participants have two and a half days to create a ceiling boss according to a particular theme, which, this year was foliage.

Chris Sampson, Clerk Of Works at Exeter Cathedral said: “It is a real achievement for Cristian to win this competition and make his mark as part of the highly esteemed Cathedral stonemason team.”