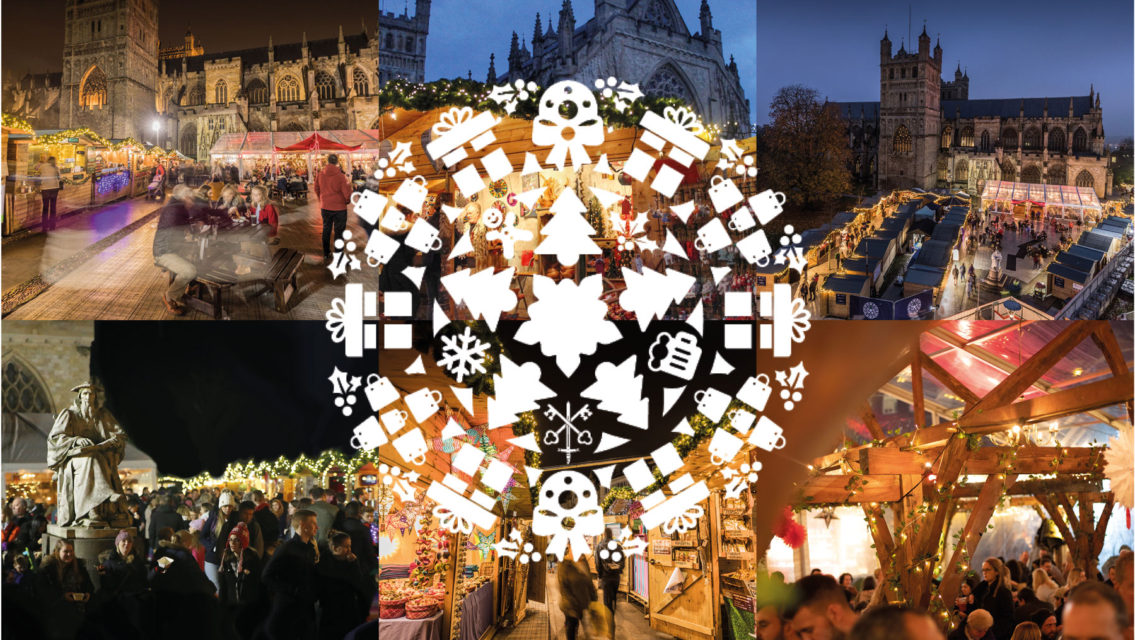 RESEARCH commissioned by Exeter Cathedral has shown that its Christmas Market brings in £33 million of revenue to the city and attracts 600,000 visitors.

The figure is made up from the accommodation, shopping, transport and eating out costs of those who visit the market and the city during the four week period the Market is open, in the run up to Christmas.

The research was carried out by Exeter based market research company, Power Marketing. Based on interviews with people attending the Christmas market in December 2018, it calculated the total gross economic impact of the Market.

Researchers also explored the number of new visitors the Market brings to Exeter.

They found that an estimated 225,000 people came to Exeter solely because of the Christmas Market last year. The estimated economic impact to the city of these unique visitors is worth £23.5 million, researchers calculate.

In total, around 600,000 people visited the Christmas market in 2018, bringing  £33 million in revenue to the city. 99 per cent of those visiting the market said they thought it was a good for the city as a whole, encouraging people to come into Exeter. Nearly 80 per cent of those questioned told researchers that they would be shopping elsewhere in the city as well as at the Christmas Market, and 38 per cent said they would be eating out in the city in addition to their shopping trip.

The Dean of Exeter, Very Rev Jonathan Greener, said: “This research shows that Exeter Cathedral’s Christmas Market is very good for the city and county as a whole, bringing in hundreds of thousands of visitors who would not otherwise visit Exeter. We work hard with the city council and InExeter to ensure the Market has a positive effect on the city and are very grateful for their support.”

Exeter Cathedral took over the running of the popular continental market in 2017, and has worked to encourage more local traders to take stalls.

Cressida Peers, events manager for the Cathedral, said: “We are delighted that so many people came to Exeter Cathedral Christmas Market to celebrate the festive season and without wishing the summer away, we can’t wait to welcome people back for a mulled wine in November!”

Catherine Hill, service lead for Communications, Tourism and Culture at Exeter city council, said: “The Christmas market is of huge value to Exeter and the greater Exeter area. It has been built up over a number of years and last year was the best yet. The added value it brings to the economy and the vibrancy of the city centre is just brilliant. The team at the Cathedral who put on the market are phenomenal and we have seen the impact for ourselves on group bookings and hotel and other accommodation stays in the city.”