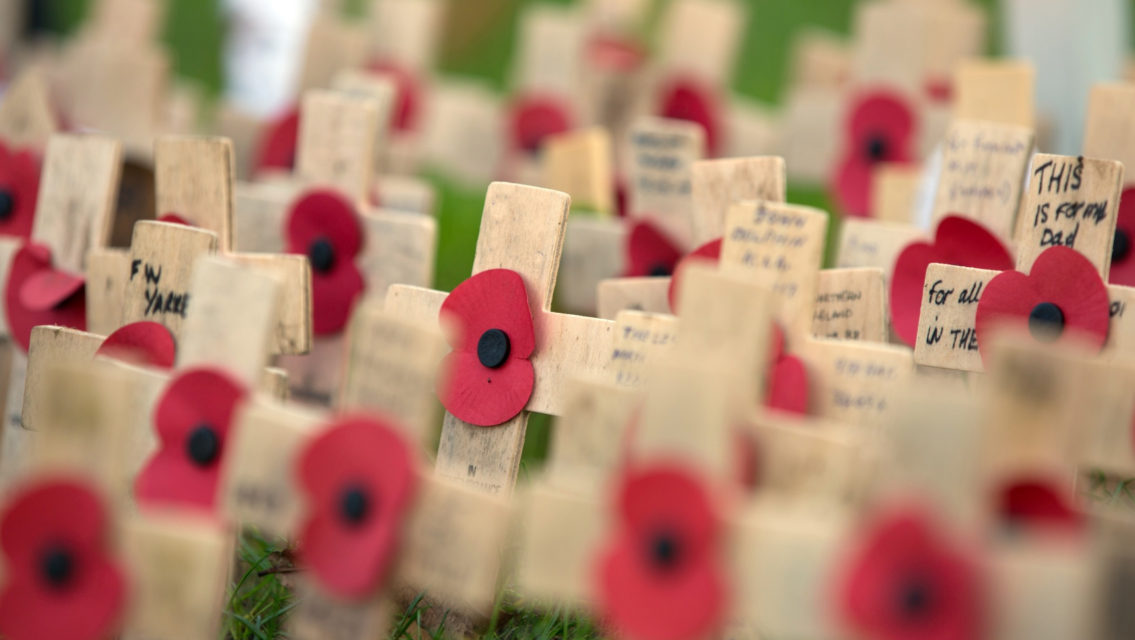 An image of a sleeping soldier is to ‘guard’ Exeter Cathedral from dusk til dawn the night before the centenary of the Armistice.

The sleeping soldier artwork will be projected onto the North Tower of the Cathedral and is an Arts Council funded installation by Exeter artist Leo Jamelli.

He said: “The idea is to portray fallen soldiers awakening for one night to commemorate the centenary of Armistice. These soldiers stand guard sacrificing their sleep to keep watch over our sleeping cities. The installations will be projected throughout the night and as the sun rises on the dawn of Remembrance Day, they slowly fade into the rising sun. Their watch is over and they pass once more into eternal sleep to join their fallen comrades.”

Remembrance season will be marked with drama and music as well as art at the Cathedral next month.

Retired major general Andy Salmon OBE, the last British general in Basra, Iraq and a former chorister, is bringing his unique fusion of stories from veterans with art and music arranged for injured service personnel following the First World War to the Cathedral for one night only.

Together with one handed concert pianist Nicholas McCarthy, his production weaves together art, poetry and stories of conflict, injury and rehabilitation from the experiences of servicemen and women in conflicts from WW1 through to WW2, from the Troubles up to recent campaigns, including Iraq and Afghanistan.

The production Journey through conflict: from then until now is available for just one night on 9 November. Also performing in the Cathedral is the award winning theatre company Antic Disposition, who are putting on three very special Remembrance themed performances of Shakespeare’s Henry V, in which the setting moves between 1415 and 1915.

The Cathedral is also putting on its own series of talks examining the ethics of armed conflict, reconciliation and remembrance. Speakers include the Cathedral’s own Canon Treasurer, Dr Mike Williams, a former Royal Marine, and Dr Georgina Byrne, canon of Worcester Cathedral and a chaplain to the Queen.

As you’d expect, music will play a focal role in Remembrance services and commemorations at Exeter Cathedral: with the Royal British Legion Festival of Remembrance with the Band of the Royal Marines, the dedication of the Field of Remembrance on Cathedral Green, and three Remembrance Services on Sunday 11 November itself.

The Dean of Exeter Cathedral, the Very Rev Jonathan Greener, said: “One hundred years ago, the Cathedral was at the heart of the county’s Armistice celebrations when three thousand people attended a quickly arranged thanksgiving service on the 11th. Today, the Cathedral will mark Armistice, as we always do, with services but we also wanted to put on a range of different events to help everyone connect with this poignant and moving anniversary.”