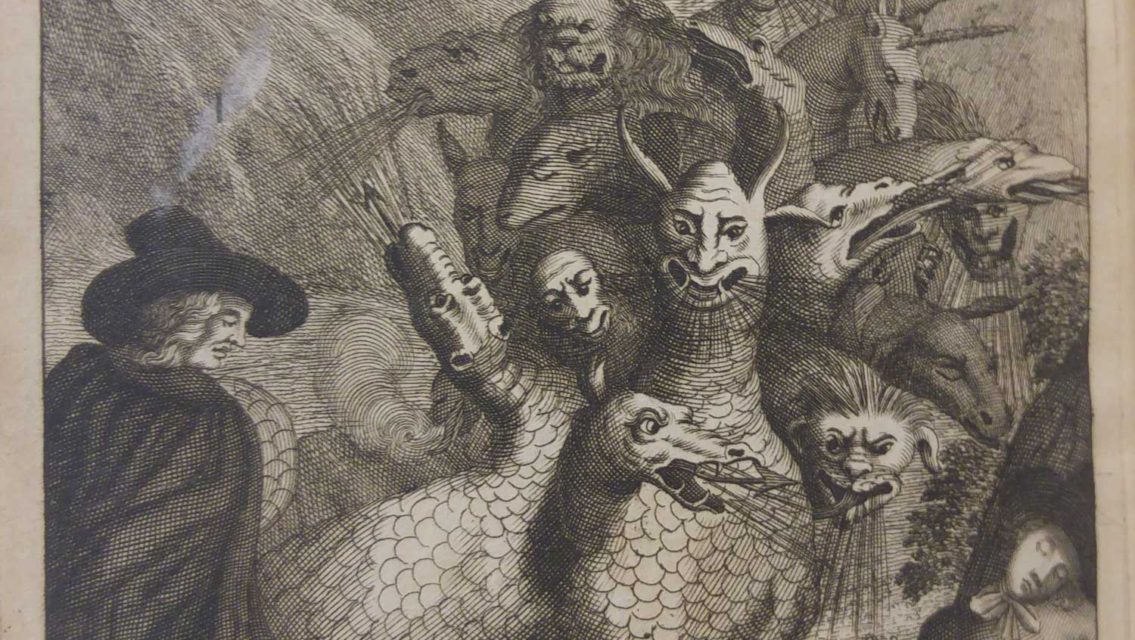 A satirical tract in defense of Henry Sacheverell’s sermon entitled “The perils of false brethren.”

Stuart, our Assistant Librarian, has been re-cataloguing this volume, which has splendid illustrations.

Sacheverell was a high-church Anglican who in his 1710 sermon attacked what he saw as the threat to the Church from dissenters. This was seen as an attack on the current Whig government and he was put on trial for sedition. The guilty verdict provoked serious rioting in his support. 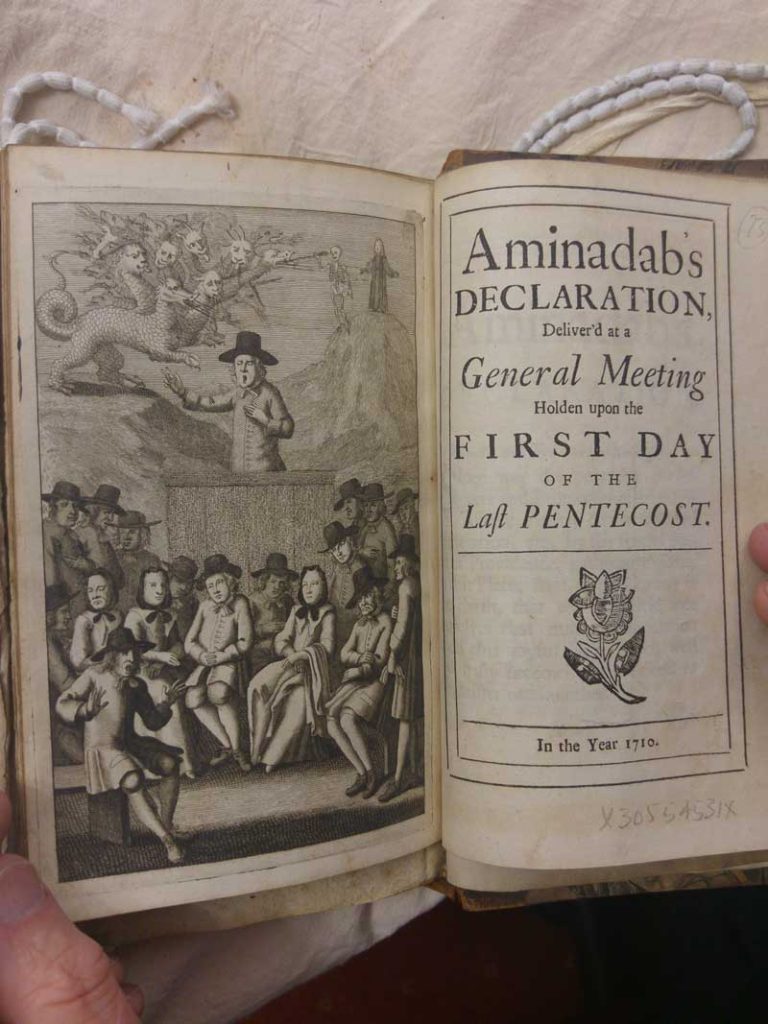