There are 14 bells hung for ringing in the south tower, including a tenor of 72 cwt. (over 3.5 tons), which makes them the second heaviest peal in the world, after Liverpool Cathedral.

The bells themselves have a very long history, and are all named; they were cast by several different founders between 1616 and 1979, but many of them have been recast from much earlier bells and have a continuous history from medieval times. They now form a ring of twelve in B flat major, and there are two extra bells which allow other keys to be obtained and make it possible to ring eight or ten of the lighter bells if desired.

The ringing peal in the south tower has a total weight of nearly 14 tons, with the tenor, ‘Grandisson’, weighing over 72 cwt (more than 3.5 tons). This is second only to Liverpool Cathedral (tenor 82 cwt) and ahead of St Paul’s Cathedral (tenor 60 cwt).

In the north tower is a single bell “Peter” which weighs approximately 4 tons and is in A flat.

It was re-cast from bells from Llandaff Cathedral (with added metal), in 1484 and was the gift of Bishop Peter Courtenay to the Cathedral. The bell was cracked in 1606 during over-enthusiastic celebrations of the discovery of the Gunpowder plot and was re-cast in 1676 by Thomas Purdue. Peter is not swung, just struck on the hour and at curfew.

The Cathedral Society of Ringers

Ringing usually takes place monthly on the first Monday (19.00-21.00), alternate second Mondays (19.00-21.00), the third Saturday (17.30-19.30), and the Sunday after the third Saturday (14.30-16.00). The bells are also rung for special services and often on other Sundays either by the local band or by visiting ringers. Additionally, the bells are rung in the early morning in celebration of the three Great Festivals: Christmas Day, Easter Day and Pentecost. The full timetable (external link) lists all the ringing occasions.

Five times each year the bells are rung to a full peal, which can take between four and five hours. Sometimes this is undertaken by visiting bell ringers who come from all over the country to ring on this prestigious set of bells.

The Cathedral Society of Ringers is comprised of experienced bell ringers from all around Devon who come to ring these challenging but rewarding bells. Please contact the Ringing Master Matthew Hilling if you wish to join a ringing session. Non-ringers are welcome to visit the tower to see the bells being rung on a Saturday evening practice. Please contact the Secretary Paul Pascoe to arrange this.

Further information about the bells, ringers and contacts is available on the Guild of Devonshire Ringers website. 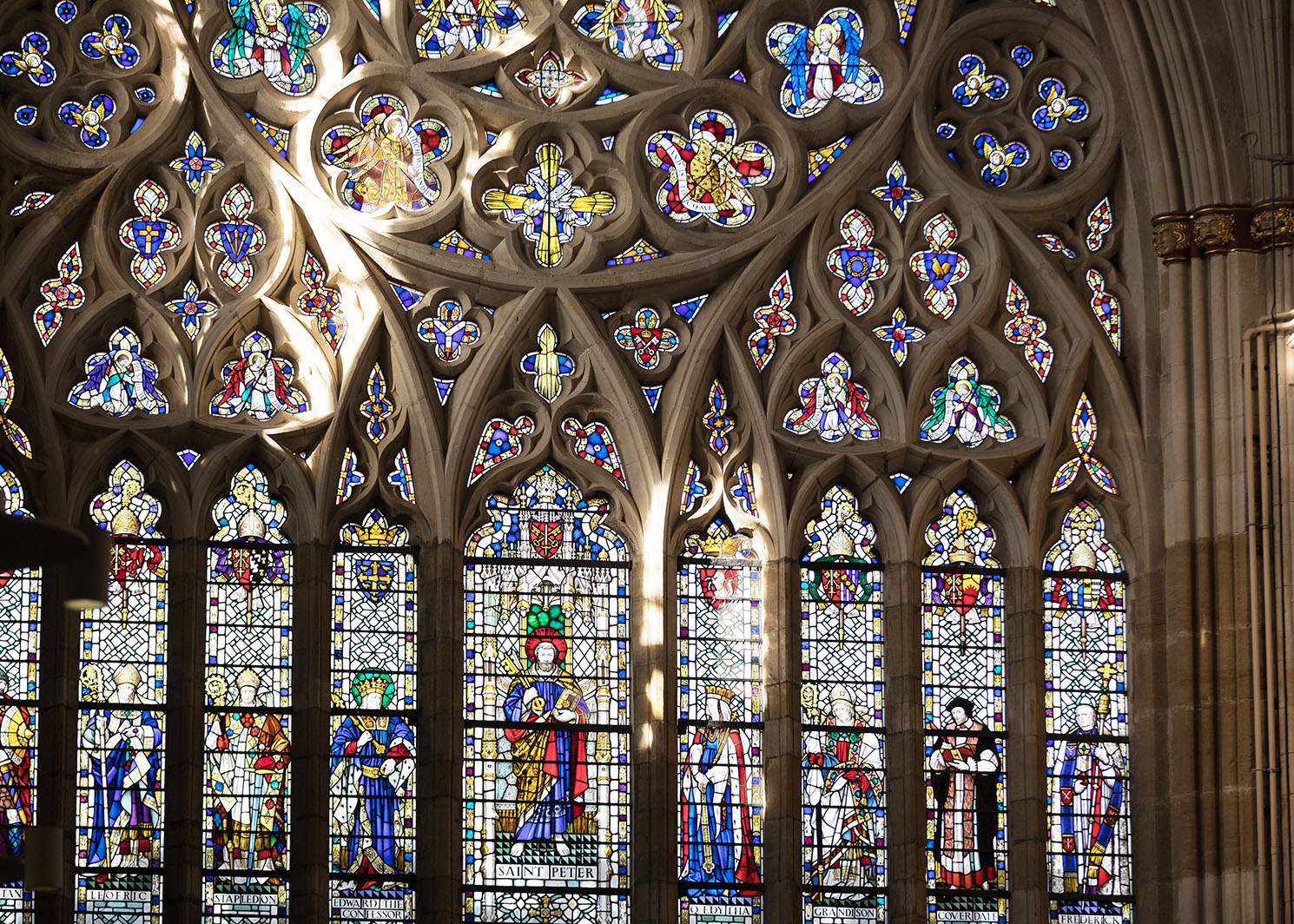