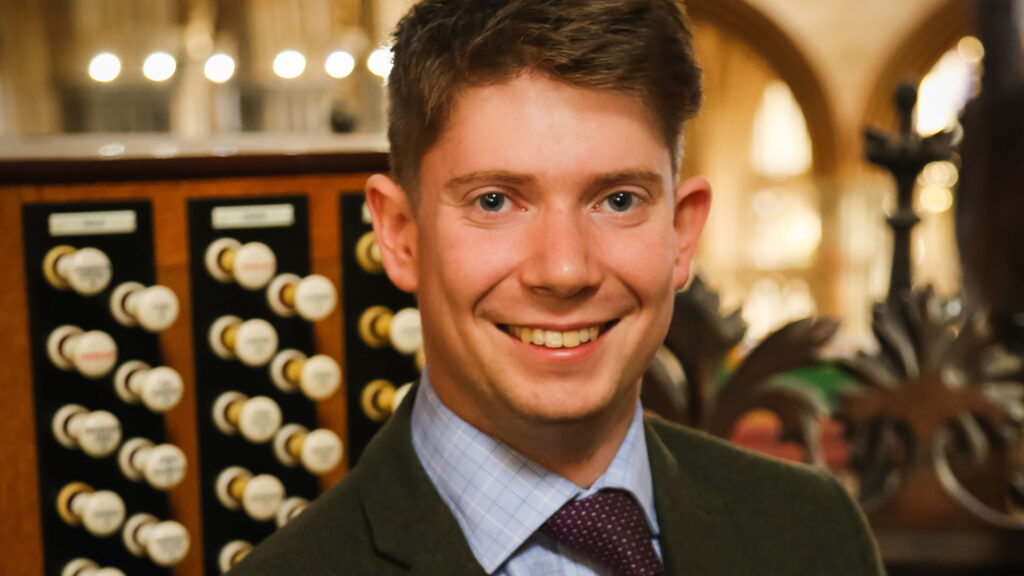 Assistant Director of Music Timothy Parsons will be performing Olivier Messiaen’s epic La Nativité du Seigneur on the organ of Exeter Cathedral. The performance will be broadcast live on Exeter Cathedral’s Facebook page on Saturday 30 January at 7pm. La Nativité is one of the most important and iconic works in the organ’s repertoire. The piece […]

We are delighted to welcome Organist Emeritus at Bath Abbey, Peter King, to perform at Exeter Cathedral as part of our Month of Music. Admission included in £5 Cathedral entrance price. Peter King retired to Exeter four years ago, but remains very much in demand as a solo concert performer of the highest calibre. Prior […]