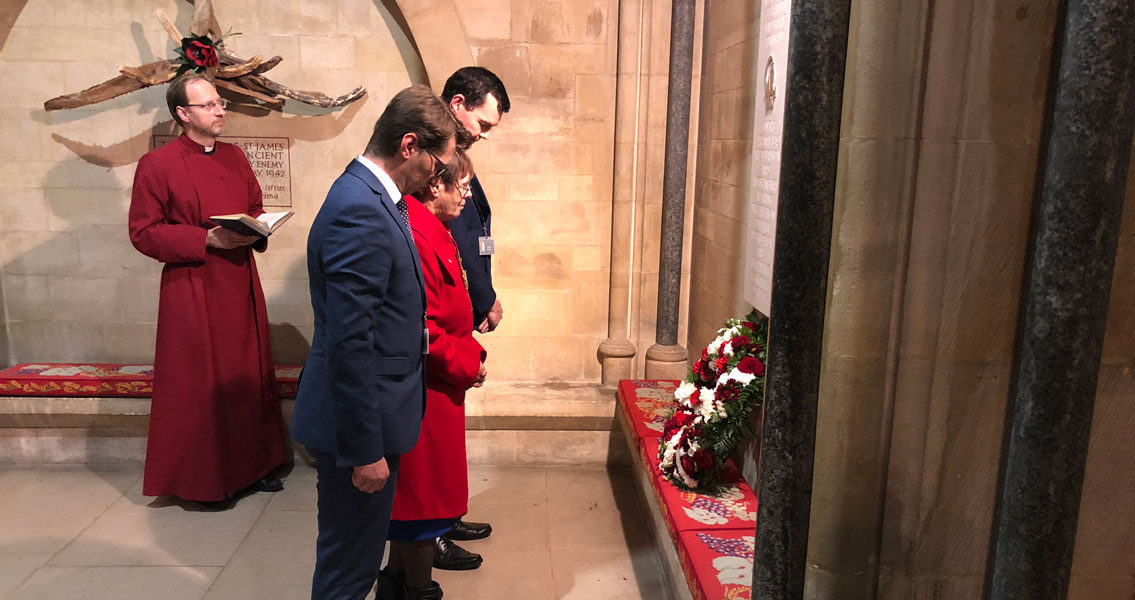 Heroic airmen of the 307 ‘Polish’ Squadron who defended Exeter during the Second World War were honoured yesterday at Exeter Cathedral.

A wreath was laid at the squadron’s commemorative plaque in the Chapel of St James by the Deputy Lord Mayor of Exeter, Councillor Rachel Lyons, and representatives of the 307 Squadron Project.

Canon James Mustard led prayers on behalf of the Dean and Chapter, giving thanks for the friendship and bravery of all those from the 307 Squadron, especially those who made the ultimate sacrifice in the defence of our city.

307 Squadron, part of the RAF, were night-fighters who fought the Luftwaffe over the skies of Britain and prevented Exeter from being totally destroyed during the blitz on the city in 1942. The Squadron presented the city of Exeter with the Polish flag on 15th November 1942, in a sign of international cooperation. The 15th November is known as 307 Squadron Day.

Members of the Polish ‘307’ nightfighter squadron which defended Exeter during the Second World War will be honoured with a plaque in Exeter Cathedral this month, as the city marks the 75th anniversary of the Exeter Blitz. The events on 15th No...

Everlasting honour for city’s wartime defenders
In this section
Share