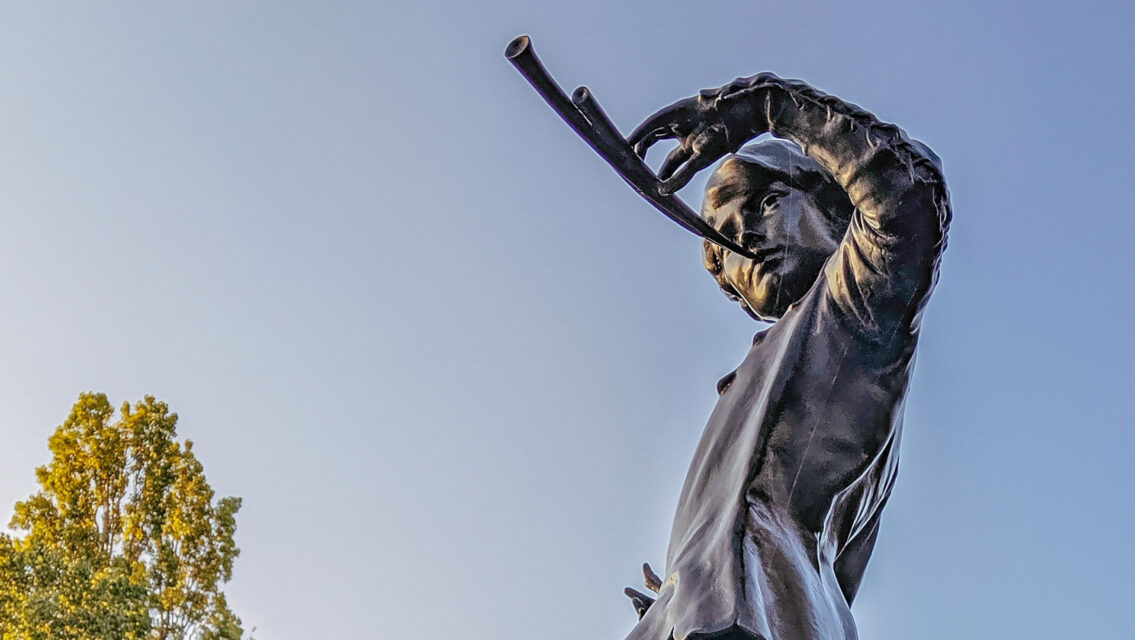 By The Rev’d Preb Julian Ould

I have just come away from the phone having spoken to a lady who was 90 years old last weekend. I rang her because a former parishioner thought she would be thrilled to hear from me and pleasingly she was. How did it feel to be 90, I asked, to which she responded, ‘well, as I have never grown up, much the same as always’. We both laughed and then chatted about her weekend, which was seriously curtailed thanks to the necessary Covid restrictions, and indeed catching up on news generally.

What must it be like, to never grow up? Well, the only person I could think of was Peter Pan and this took me down the trail of the Spielberg film ‘Hook’, starring Robin Williams as Peter and Dustin Hoffman as Hook. This film takes us into the future following the original story by James Barrie, where Peter Pan has returned from ‘Never Land’ to the real world, for want of a better term, and has become an adult. He has married his beloved Wendy and has two children and is a lawyer by profession. As the story develops it becomes apparent Peter has become obsessed with his work and making money to the detriment of his family and any sense of enjoyment. He has become a man driven and this provides an opening for Hook to lure Peter back to his old life by kidnapping his children.

Once back in ‘Never Land’ Peter slowly rediscovers his old self, learns to fly again and in an action packed drama goes to war with the pirate Hook and eventually defeats him and rescues his children. But there is more!

There are two significant points that need to be mentioned. According to the story Peter can only fly again when he finds a significant happy thought. Once found, there is no stopping him. His happy thought was his children, which brings us to the climax of the story, Peter finally recognises what he is doing with his life. All the money in the world cannot buy the happiness of living life with his family and enjoying it. Yes, he needed to provide for them, but not to the detriment of sharing their joys and sorrows, their lives and indeed his own. Peter had come away from ‘Never Land’ because he wanted a family. However, he had become so immersed in his work, he had lost sight of this and was missing it. Peter was never going to revert to his old life of never growing up, but nor was he going to lose this. Like my 90 year old friend, she of course had lived a life taking care of her responsibilities and family, but not at the expense of really living life, or as Peter in the film puts it at the very end, ‘to live, now that would be a real adventure’.

In Matthew 18 Jesus tells us that unless we become like little children we will never enter the kingdom of heaven. I don’t think he was saying we mustn’t grow up, but sometimes we allow the material concerns to get in the way of what really matters and unless we open our eyes to this, we will miss the important glories of life. In the last month I have become a grandfather again. This time a little girl, Bryher. She is a bundle of joy in the midst of a world gripped with fears of the pandemic. It is perhaps a sober reminder that there will be life beyond Covid-19 and that whilst not ignoring the gravity of the situation, we need to look to the joys that are to be had and treasured.