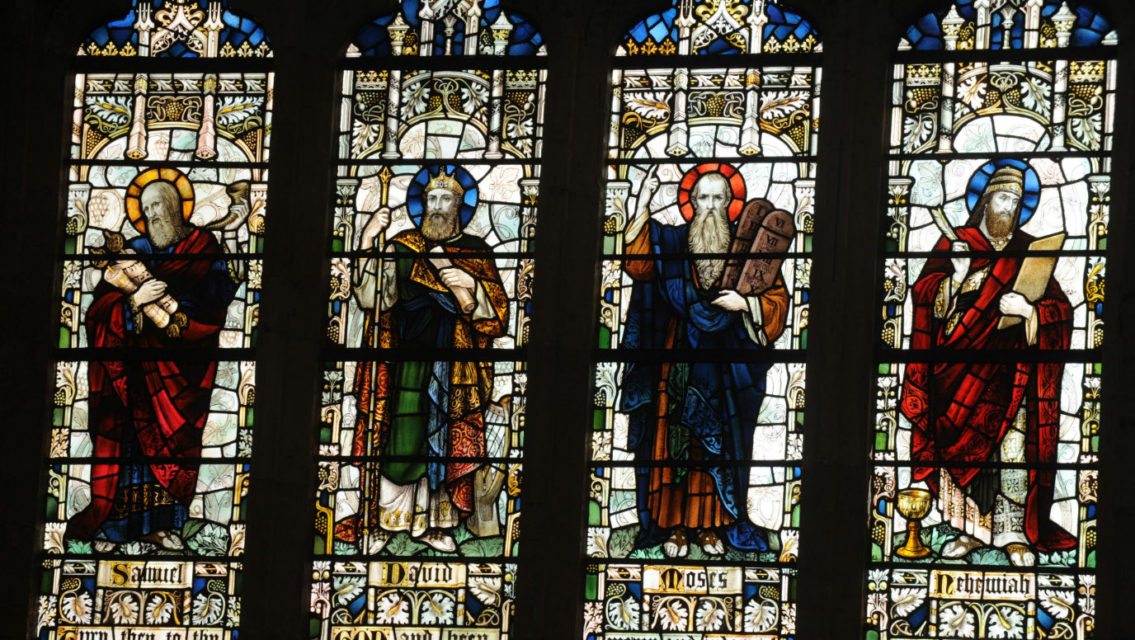 A comprehensive account of the glass at Exeter Cathedral will move a step closer this week, as a new survey begins to record the condition of windows around the medieval landmark.

Detailed photography will contribute to a report by an expert glazier, complementing earlier surveys on the historic glass in the east and west windows.

Whilst Exeter Cathedral has a relatively modest amount of medieval glass (compared to York Minster, whose famous Great East Window alone is the largest expanse of medieval stained glass in the country), there are still surviving examples from the 14th century onwards. Much of this is contained in the East Window and in a single bay high above the Quire area of the building, which has already been documented as part of earlier projects.

The work commencing on 11th June 2018 will take in the medieval glass but not the large amounts of Victorian glazing, or 20th century installation in the Chapel of St James, which was rebuilt in the 1950s after being destroyed by enemy action during the Blitz.

Regular, formal inspections of the fabric of the building are carried out by the Cathedral Architect, Camilla Finlay of Acanthus Clews, under the requirements of the Care of Cathedrals Measure (2011). Once the 2018 survey has been completed, and the new report on the windows, commissioned from Holywell Glass, it will be added as an appendix, enabling the Dean and Chapter to fully understand the condition of glass in other parts of the building.

Exeter Cathedral receives no regular funding from the UK Government, and the Church of England does not contribute to the significant costs of maintaining and restoring the historic Cathedral, parts of which date back to the 12th century.