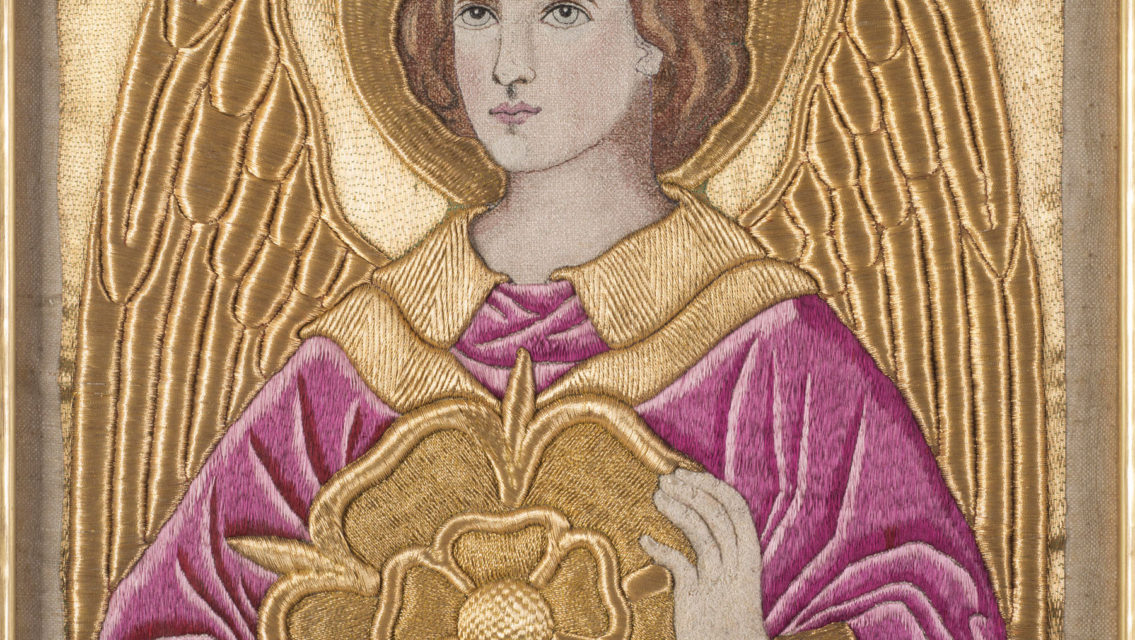 The Royal School of Needlework, based at the historic Hampton Court Palace, will bring pieces from their collection of ecclesiastical embroideries to Exeter Cathedral from the 1st – 26th August.

The exhibition will feature works, from the 19th to the 21st centuries, that showcase a variety of techniques, including silk shading and metal thread embroidery. In addition to works from the Royal School of Needlework there will be a number of pieces from the Cathedral’s own collection of vestments and frontals, providing members of the public a rare opportunity to see these beautiful vestments outside of the Cathedral’s services.

The highlight of the show, however, will be the ‘Litany of Loreto’ embroideries. The ‘Litany of Loreto’ series of panels are a collection of exquisite embroideries that are said to have been a gift to an elderly nun.  Kept in her London convent they were never displayed and during the war they were moved to Sussex for safe keeping. Although the origin of the panels is a mystery, no one knows if they were the work of one person or a group, or where they were stitched, the embroideries date from the early 20th century and show clear influence from the Pre-Raphaelite school of artists.  Of the 12 panels in existence, 6 will be on show at the Cathedral.

Dr Susan Kay-Williams, Chief Executive of the Royal School of Needlework, said “We are delighted to be bringing a selection of our ecclesiastical pieces to Exeter Cathedral. The exhibition will include 6 of the Litany of Loreto pieces and a range of work by former RSN Diploma students. The display will enable visitors to explore these pieces in detail.”

The exhibition will be open during normal Cathedral opening hours and will be included in the standard entry charge.