Review: Tied to the Fate of Humanity 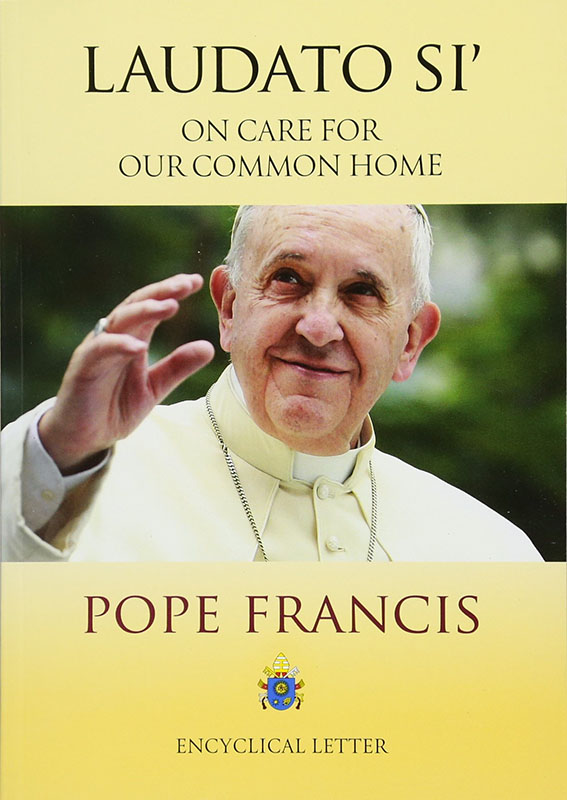 Pope Francis
Laudato Si: On Care for Our Common Home

On becoming Pope, Francis asked experts on climate and environmental science to assemble the best data on the state of the planet. Then he asked theologians to reflect on that data with the scientists and reach a synthesis. The result is one of the most widely respected Encyclicals to be published.

The Pope talks of his awaking to the seriousness of the planetary condition after listening to Brazilian Bishops’ concern for the Amazon rain forest back in 2007 and stories of rising sea levels from a missionary in the Pacific. The letter is about the care of the planet. Yet as the Pope is keen to stress ‘Laudato Si is not a green encyclical. It is a social encyclical. The green and the social go hand in hand. The fate of Creation is tied to the fate of all humanity.’

Widely available on the internet but also in book form. My copy has an introduction by Naomi Oreskes who contributed to the debate. She emphasises two main themes that run through the document. First, the anti-reductionist argument that everyone and everything is related; we have an obligation to care for one another, the planet and the creatures we find on it. In so far as God has given humans a special place it is to be the ‘co-operator with God in the work of creation.’ The argument is extended beyond the faithful by the point that the current behaviours and attitudes are not only wrong in the moral sense but also in the practical sense – they have not worked. The world is broken and unjust. This is no accident as when ‘nature is viewed solely as a source of profit and gain, this has serious consequences for society.’

The second main theme is the anti-modernist view of the myths of progress and the technocratic paradigm. He challenges the current models of production and consumption and unfettered markets. Interestingly ‘capitalism’ does not appear but ‘markets’, in some form, is mentioned nineteen times. The technocratic is more than a single idea rather an instrumental mindset that denies the idea of limits and the explicit consequences of ignoring them. He is not asking us to reject markets or technology – rather challenges the mindset, which insists that markets can decide our future and that technology is politically and morally neutral.

The system, he argues, has failed in three ways. Failure of equity between nations and people, the failure of environmental damage, and the spiritual impoverishment of the rich. The unhappiness of the wealthy west is testament to the failure of the current way of living on the planet.

The two themes become one in the view that it is our failure to care for creation is a result of a world view that sees everything in consumerist terms and seeks only market based solutions. The alternative is the call for an ‘integral ecology’ – which means a vision for the world founded on respect for Creation, a renewed emphasis on our interconnections with one another and with nature in all its complexity.

There are plenty of biblical references to overcome the oft thought idea that God gave us humans dominion over all the earth. The text suggests that the natural world has value within itself and not instrumentally for what if provides to humanity. Care for God’s creation is at the heart of this document – suggesting that we become responsible stewards and examine our lifestyles.

Climate change asks hard questions of us all. Some frame it as a problem to be solved by engineers or economists. Others suggest it is a wicked problem for which there is no adequate description never mind solutions. Rather climate change is a human predicament that humanity has to grapple with through a broad perspective and multiple stories. Laudato Si is a powerful story of divine goodness that goes beyond science and technology, politics and economics and draws on the Christian faith idea of spiritual and ecological transformation.