Review: the Threat from Within 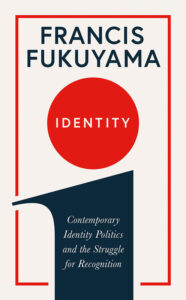 Beginning in the mid-2000s politics changed. The momentum towards a more open, liberal and democratic world began to falter and then reverse. The threat to democracy is coming from within, according to Francis Fukuyama, a well-known political philosopher from Stanford University.

The left and right debate is moving from economics into championing certain identities; the left supporting the marginalised groups and the right defining itself as patriots and protecting national identity. Leaders stoke the perception that a group’s dignity has been affronted or disregarded. The politics of resentment engenders demands for public recognition of the dignity of the group in question. As Fukuyama explains, ‘because human beings naturally crave recognition, the modern sense of identity evolves quickly into identity politics, in which individuals demand public recognition of their worth.’

After demonstrating the faults behind the rational economic model, he moves into theories of human behaviour. He goes all the way back to Socrates to explore the nature of the soul, and in particular the ‘spirit’ from the Greek word thymos, which is the ‘seat of judgements of worth’. We experience identity through feelings of pride, shame and anger. Whilst providing an interesting starting point to compare the inner and outer aspects of identity, it lacks the evidence found in Larry Siedentop’s book on ‘Inventing the Individual’ or Peter Tyler’s ‘The Pursuit of the Soul’. Fukuyama does touch on the role of Luther and the Reformation before moving onto Rousseau’s secularisation of the inner self. It is Rousseau who brings to our attention the social world existing outside the individual, a mass of rules, customs and obstacles to human happiness. Society always wins forcing inner selves to conform to external norms.

The evolving concept of dignity resting on the idea of moral freedom ‘turns the private quest for self into a political project’. Politics in liberal societies are not just about rights but self-actualisation as democratisation of dignity evolves. Deep divisions of labour, social mobility including immigration, and of course social media has proliferated identities. Identity, which had been a matter for individuals now has become the property of groups. Fukuyama’s concern is that the ever narrowing of group identities might threaten the possibility of communication and action based on a wider more integrative national identity. He explores what such a broader identity might look like and concludes that ‘Identity can be used to divide, but it can and has also been used to integrate.’

Whilst this book has a strong philosophical basis it is written in a very accessible manner. Fukuyama writes out of concern for what happened in 2016 with the election of President Trump and the Brexit vote. He has studied the development of modern political institutions and how they have begun to decay as powerful interest groups, using resentment politics, capture the democratic machinery. The challenge is how to both acknowledge the increasingly multiple identities claimed whilst seeking an integrative agenda based on a broader sense of identity. This book certainly helps explain the context and lifts our eyes to the sense of a shared humanity.