Review: The Questionable Merits of Metrics 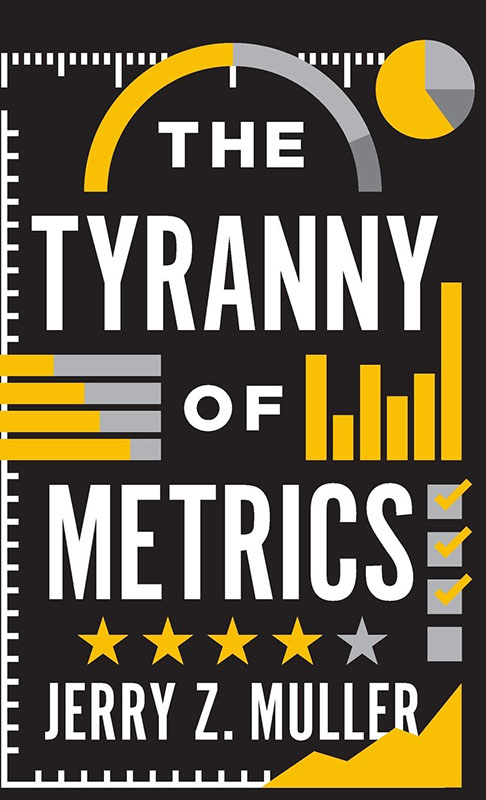 We live in an age of measured accountability, of reward for measured performance and belief in the virtues of metrics. ‘What gets measured gets done’ and other metric based sayings have become common in business and the public sector. Used appropriately measurement can make a profound difference. Used badly, metrics can distort, divert, displace, distract and discourage.

This book is not about the evils of measurement. It is about the unintended negative consequences when standardised measures of performance are substituted for judgement based on experience. The problem is our modern obsession and fixation for metrics. Written by a Professor of History in the USA who found his own role as head of department being taken over by the need to collect and submit data. As he puts it, ‘microlevel discontents led to macrolevel analysis’. Muller studied the broader historical and cultural roots of the contemporary fixation on measuring and rewarding performance. Whilst based mainly on American examples he does touch on similar issues in the UK, particularly in the public sphere.

There are four parts to the book. The first two set out his argument and the background. Then he explores a series of case study industries showing the positive and negative impact, and concludes by drawing together lessons from the study and a checklist for when and how to use metrics. It is short with easy to read chapters that are well researched.

There is an assumed link between measurement and improvement in performance in the minds of those demanding accountability and transparency. Judgements made by professionals with years of experience has been relegated and intrinsic motivation replaced by reward or punishment based on measured performance. Payment to individuals or organisations such as schools, hospitals, universities and family doctors have become metric based. In my experience the drop in moral in such public services is linked to the increased use of measurement – using money rather than the intrinsic, often vocational, motivation, which is then undermined.

There is a natural tendency to try to simplify complex topics by focusing on things that can be measured. Climate change is one example. Parts per million of carbon dioxide in the atmosphere and the average global temperature increase are what we fixate on. Waiting times in A&E can be measured, yet outcomes such as the caring attitude of staff, or dignity shown to patients are ignored. In the case studies, tales of people playing the system, the negative consequences across education, policing, medicine, military, business and foreign aid are illustrated. There are some good news stories – particularly in medicine – but the point is made that those successes tend to come from a culture where the organisation sought to improve from within. The metrics that made a difference were not imposed by a bureaucracy.

My personal experience of leading NHS hospitals is replete with examples of positive examples of inspiring professional staff improving the quality of care through clinically-based measurements. Sadly, these were the exceptions as ‘new public management’ forced performance pay on managers, measured how quickly a patient spoke to a nurse in A&E (nothing about treatment) and the numbers on the waiting list (nothing about the urgency or type of patient). Often with the NHS hierarchy I used the phrase, ‘tell me how you will measure me, and I’ll tell you how I will behave’. It is the loss of trust with professionals and institutions that has driven the fixation with metrics believing that measurement of what can be measured will ensure high quality services. The weakness of this book is in not exploring that loss of trust angle sufficiently or the reasons for poor morale where imposed metrics dominate.