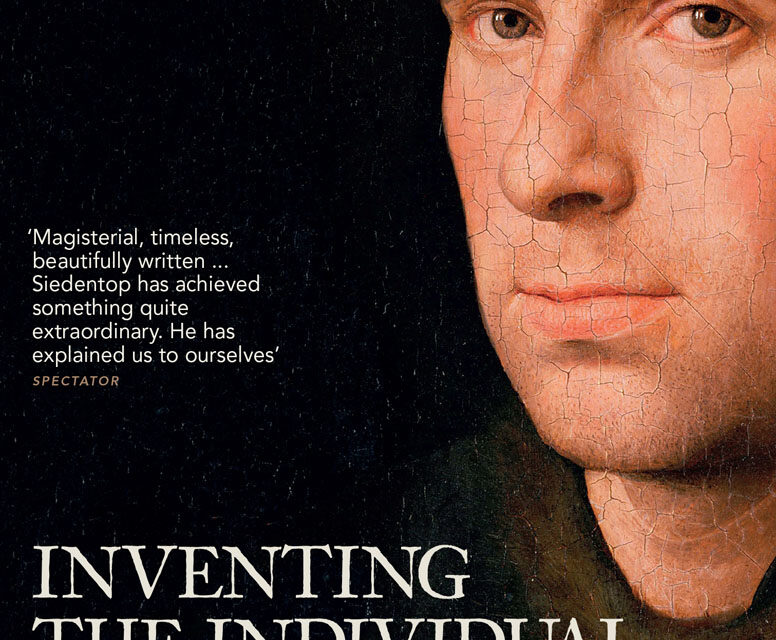 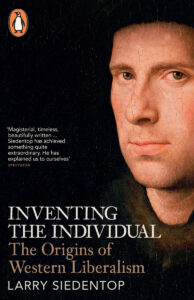 Larry Siedentop
Inventing the Individual: The Origins of Western Liberalism

We live in a country where individual freedom and equality are taken for granted. A place that values competing ideas and where the state does not poison opposition leaders. Where did those ideas of the modern liberal state come from? Finding out is a long, complicated but fascinating story.

Sir Larry Siedentop, a Cambridge historian, provides a great sweep of history from ancient times up to and beyond the Renaissance. He starts with the origin of why grooms carry their brides across the threshold of their new home. It comes from ancient times where identity came from being a member of a family. A bride left her own family and her identity behind; she achieves a new identity as she joins her husband’s family. It was not only families that gave you a place in the world but there was an assumption that inequality was normal.

Although this book is essentially about what we now regard as political ideas of freedom and equality based on the concept of the individual, most of what is told is a history of Christian ideas and the Church. First, St Paul and then the Papacy are a key players in the development of individuals being seen as equal before God and having moral worth. Christian communities created the seedbed for challenging the prevalent concept of inequality that were embedded in societies.

Developments in the structure and organisation of the Papacy provided an example for Kings to follow in seeking to establish state powers. Canon lawyers in the 11th- 13th centuries revolutionised the identity of a person in the eyes of the law as a series of natural rights were established. ‘The Christian preoccupation with ‘innerness’ and human agency – an intensified awareness of the difference between ‘inner’ and ‘outer’ experience, between the will and the senses – contributed to a veritable outburst of logical studies in the twelfth and thirteenth centuries.’

Siedentop concludes with an Epilogue examining the link between Christianity and Secularism. He laments the lack of knowledge that Christian moral institutions played a vital role in shaping the narrative that gave rise to modern liberalism and secularism. He argues that secularism does not mean non-belief. Secularism is based on the belief of an underlying moral equality of humans making it possible ‘to distinguish inner conviction from mere external conformity.’

This is an extraordinarily wide ranging work of outstanding scholarship, wonderfully written with insights on every page. Against a global background, liberal democracies, that value freedom and equality are in a competition about beliefs. Moral beliefs are fundamental to the freedoms we take for granted. This book helps to explain where they come from, why they are important and worth defending.

Turning the Tide on Plastic Lucy Siegle A side effect of the Covid pandemic is the rise in single use protective equipment, much of which contains plastic. We produce 320 million metric tonnes of new plastic each year. Most is made from oil and some e...

Richard Holloway Stories We Tell Ourselves: Making Meaning in a Meaningless Universe The Secretaries of State for Health and Education have been telling stories this week that many of us don’t believe. Reorganising Public Health England mid pandemic...

Review: Facing up to Mortality in the Modern World

Review: Facing up to Mortality in the Modern World

Atul Gawande Being Mortal: Illness, Medicine and What Matters in the End This is a book about our modern experience of mortality. It is full of stories that can inspire us to change the way we consider growing old; how to make life worth living and fa...

Review: Facing up to Mortality in the Modern World
Review: Recognising Racism as Structural

Anatol Lieven Climate Change and the Nation State: the Realist Case Frustrated by the lack of international progress on tackling climate change, the journalist turned academic Anatol Lieven, seeks to find a way forward through a moderate and security...