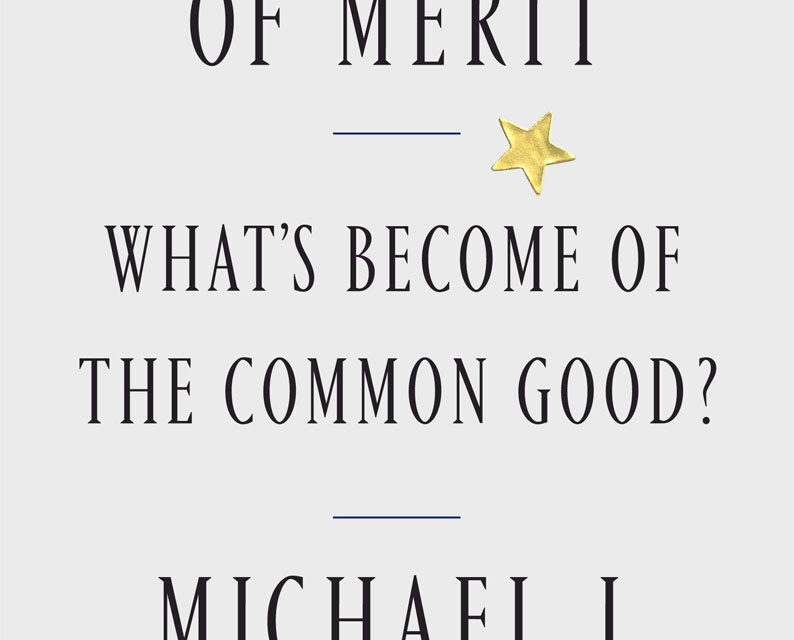 Michael J Sandel
The Tyranny of Merit: What’s Become of the Common Good?

We live in an age of winners and losers; entrenched inequality gives a lie to the idea that you can make it if you try hard enough. Sandel, the renowned American philosopher from Harvard, argues that meritocracy is a false premise — we underestimate the role of luck and good fortune — generating a lack of humility in the winners and harsh judgement on those left behind.

The idea of merit is deeply embedding in society. Politicians advocate the idea, educational institutions and work have developed selection and promotion based supposedly on merit. Sandel takes aim at the idea of merit, detailing the damage the idea creates. He challenges his students that they gained entry to Harvard on merit — he points to the advantages and opportunities most have had in life. Since the 1970s most of USA’s income gains have gone to the top 10% while the bottom 50% gained almost nothing. The top 1% make more than the bottom 50% combined.

The book explores the divide between winners and losers, gives a brief moral history of the idea of merit and looks at the political rhetoric of striving to achieve success. His thesis is that those who win in the competitive globalised economy are increasingly looking down on those who don’t achieve good educational grades and well paid jobs. The lack of humility is creating a divide in society; causing rising frustration and populist protest by those cut off from the rewards being gained by the few.

Sandel laments how young people today in the States and elsewhere are put under such pressure to achieve in school — so that they get into the top universities and high paid jobs. Helicopter parents pushing children to succeed in the great sorting machine that is the modern education system. We grade children from a young age and track their progress based on a faith in meritocracy. ‘Ungenerous to the losers and oppressive to the winners, merit becomes a tyrant.’

The underlying point of the book is that faith in meritocracy has damaged the common good. Sandel argues that the common good is more than the sum of individual preferences and interests that leads to a consumerist view of the world — those who make the most money are lauded. Rather, a civic conception of worthwhile and flourishing lives is needed. This leads to a different conception about work and reward. The value of contribution is judged on the moral and civic importance of the ends our efforts serve. The pandemic has certainly reminded us of the importance of that idea.

He concludes by asking for a greater humility on the part of those whose good fortune has made them succeed. ‘Such humility is the beginning of the way back from the harsh ethic of success that drives us apart. It points beyond the tyranny of merit towards a less rancorous, more generous public life.’