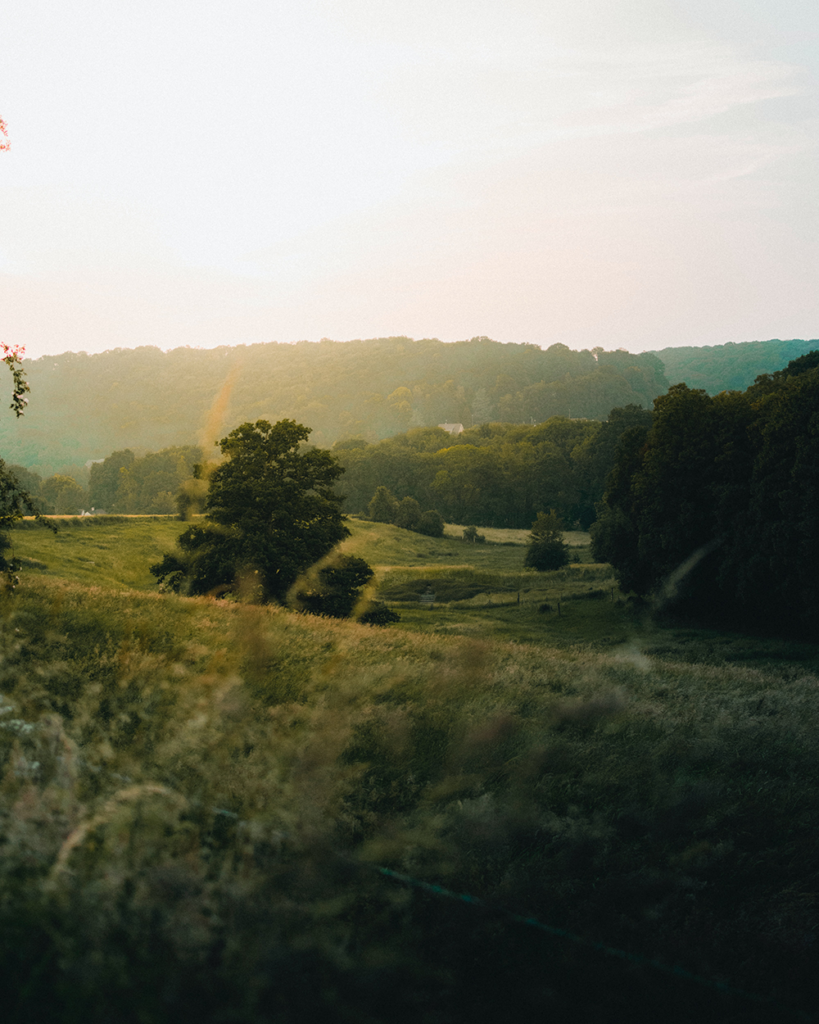 By The Ven David Gunn-Johnson

I was on the train to London to see family; we would be all together for the first time since November and having, for various reasons, missed Christmas together it was both an anxious journey and an exciting one. The countryside rolled by and I was taken with an awareness that what looked almost the same as it ever did has in fact changed irreversibly. A sudden housing estate where there had been woodland: a large factory-like edifice in the middle of farmland.

It is becoming increasing the case, as time rolls on, that snatches of poetry learned long ago creep into the mind and during that journey Rudyard Kipling took the mental stage. Kipling seems to fall in and out of popularity depending on the prevalent social mood. He was, after all a son of the British Empire and had his own, inimitable understanding of what that should mean. However, social mood aside, Stanzas from Puck’s Song seemed to fit rather well and as fields of grazing cattle appeared and vanished and I heard again,

‘See you our pastures wide and lone,
Where the red oxen browse?
O there was a City thronged and known,
Ere London boasted a house.’

And I was reminded of the Somerset levels by,

‘Trackway and Camp and City lost,
Salt Marsh where now is corn–
Old Wars, old Peace, old Arts that cease,
And so was England born!’

It all changes; everything does but that phrase, ‘Old arts that cease’ stuck in the mind. There are things we have not yet forgotten. I still know a farmer in East Devon who can lay a hedge which will (planning vandalism permitting) be the foundation of a boundary hundreds of years from now – just as his Saxon forbears did. There are thatchers maintaining and teaching the skills that keep the roof over the heads of country cottage owners. The work of the farrier is still needed even though the keeping and riding of horses is now mainly a recreation rather than a necessity.

However, one of the ‘Arts’ that really is in danger is threatened by the ever more insulated lifestyle with which we inhabit the space around us; that is the ‘Art’ of empathy with the natural world. As a child I would feel the cold, have to walk to school in the rain and just get wet, scrape the frost from the inside of my bedroom window. Now I live in a centrally heated house, and endure a ten second walk to the car which soon warms up and arrive at the Cathedral which, if not overheated, is still warm enough not to discommode me. Now I do not regret at all these comforts but – and it is a huge ‘but’ – there is such danger in losing direct contact with the world around, a danger that we shall forget that we are stewards of the natural world, not its owners, a danger that it will render us careless of the trust that is placed in us.

One does not have to be at all religious to hold on to this idea. Of course, if we are religious then the idea of holding the stewardship of creation from the Creator has weight. But even if not, the idea of who we hold the stewardship for is also of great substance. We hold it for those who come after and they will rightly judge us for how well or ill we kept that trust.

I am writing this between storms Dudley and Eunice and am not at all sure that the journey back to Devon will be possible on Friday. Even the climate-change deniers have gone quiet in the face of the scenes of global weather catastrophes. It is a continual challenge – a thorn in the side as St. Paul put it – to consider how my own detachment from the created order and devotion to my own comfort might have contributed to all of this, however infinitesimally small that contribution might have been.

There are always the doomsayers who will say that any change now is just shutting the stable door after the horse has gone but if we do not make the changes, however small, that we can then we shall be just listening to the creak of that stable door and hear the emptiness behind it.

Perhaps another sound, the voice of another poet, has a whisper, a thin bat squeak of hope. As the journey passed through an increasingly suburban scene Gerard Manley Hopkins, the poet priest, whose verses often come unbidden to mind, took the place of Kipling. As these thoughts unfolded, his poem God’s Grandeur offered, if not comfort, then perhaps a measure of hope.

‘And all is seared with trade; bleared, smeared with toil;
And wears man’s smudge and shares man’s smell: the soil
Is bare now, nor can foot feel, being shod.

And for all this, nature is never spent;
There lives the dearest freshness deep down things;
And though the last lights off the black West went
Oh, morning, at the brown brink eastward, springs —
Because the Holy Ghost over the bent
World broods with warm breast and with ah! bright wings.

The task of stewarding the earth is not something given to another. The Holy Ghost may well help, but we are the stewards – no one else.