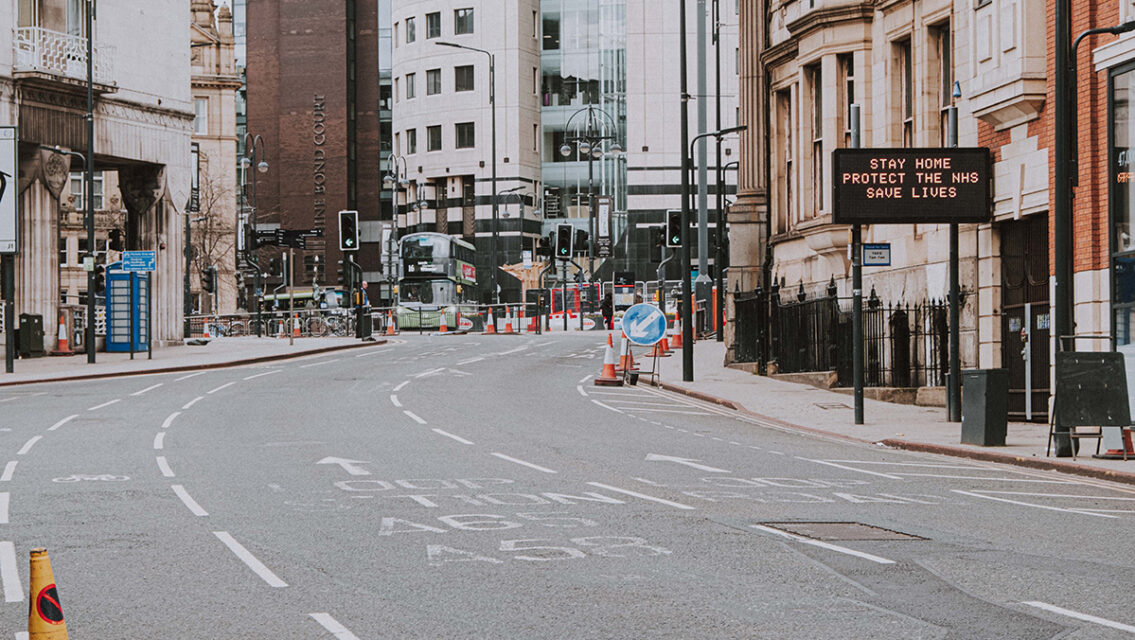 Recent news articles have drawn attention to the nation’s rediscovered love of the bicycle. Reportedly, cycle shops and repair shops are experiencing good business, as people dust down bicycles long-hidden in the garage and have them repaired, or buy bikes so that the whole family can go out on a jaunt together. But how will this new habit last?

Our minds have begun to turn to what the ‘new normal’ after lock-down will be like. Individuals and institutions are looking forward to the restoration of certain habits and practices; we may continue some things we’ve taken up in the past few weeks. We may also be fearing that we will have to continue to give up—at least for a while—some of the things we have had to let go during lock-down. But however much we try to replicate our lives before Coronavirus, our experience of them will never be the same. As the ancient philosopher Heraclitus observed, ‘you never step into the same river twice’.

But what is ‘normal’ anyway? Our understanding of the ‘normal’ often works within a very small scope. I remember well my first visit abroad, aged 15. To my astonishment, French post-boxes were yellow! In fact, the more I travelled in Europe, I realised that the jolly red post-boxes I was used to were not really ‘normal’ at all.

Our sense of the normal also works within a pretty short time-frame. As people often comment, to do something once is an innovation; to do it twice is to set a tradition! One of the things I very much like about studying history is the way it thoroughly challenges my sense of what is ‘normal’. Learning about my specialism—Christianity in the first five centuries—reminds me to keep my assumptions in check. Things I take for granted, like readily-accessible print or electronic texts of the bible were not normal at all. Only about 10% of the population could read. All texts had to be hand-copied. Even when written texts were available, entire bibles were extremely rare and individual biblical books were often bound together in seemingly random collections.

On the other hand, things early Christians assumed were normal—like baptisms taking place once a year at the Easter vigil—are much less normal for us today. Sometimes, reading a text on early Christian practice feels like gazing through a familiar object through a very obscure pane of glass. One can glimpse recognisable traces, but much is strange and difficult to make out. Occasionally and disconcertingly, they do not seem like Christian practices at all. Sometimes the study of early church history feels like Arthur Dent’s attempt to get a hot drink in The Hitchhiker’s Guide to the Galaxy: as Douglas Adams describes it, whatever Arthur orders, the machine produces ‘a liquid that was almost, but not quite, entirely unlike tea’. I sometimes feel that what one sees through one’s historian’s dusty pane of glass is ‘something which is almost, but not quite, entirely unlike’ the Christianity I am familiar with.

Nevertheless, there are moments when the glass clears and one is suddenly confronted with a startlingly vivid vision which cannot fail to remind one of the present-day. One of my favourite accounts of early church practice is by Justin Martyr, a lay teacher who worked in Rome in the mid second century. He describes how ‘on the day called Sunday, all who live in cities or in the country gather together to one place, and the memoirs of the apostles [probably the gospels and Paul’s letters] or the writings of the prophets are read, as long as time permits; then, when the reader has ceased, the president verbally instructs, and exhorts [the congregation] to the imitation of these good things. Then we all rise together and pray, and… when our prayer is ended, bread and wine and water are brought, and the president in like manner offers prayers and thanksgivings, according to his ability, and the people assent, saying Amen; and there is a distribution to each, and a sharing of that over which thanks have been given, and to those who are absent a portion is sent by the deacons’.

Now this does not tell us what was ‘normal’ for all second-century Christians. It probably tells us what was normal at that stage in Rome (Justin was writing for a Roman audience), but we cannot be sure that this is exactly what happened in the rest of the Empire or beyond. Nevertheless, gradually we can build up from snippets of information a picture of the church’s celebration of the Eucharist: someone presiding over the ministry of the word and then the sacraments; increasingly formalised forms of words. By the 4th century we even begin to get tantalising glimpses of some of the words of the Eucharist prayer—a prayer which Justin merely describes as the president praying ‘at considerable length’ (a phrase which always makes me smile because it reminds me of myself aged 8, impatient for that part of the service to come to an end).

By the time we get to the late fourth century, we even have the fascinating account of a traveller from one part of the Empire to another, who describes in some detail the liturgy she encounters at Jerusalem. This traveller, Egeria, was probably a Spanish nun. In the course of a long pilgrimage she takes in Constantinople, Antioch, Jerusalem, Bethlehem—and even Mount Sinai and Edessa in Syria. Particularly fascinating are her accounts of the Jerusalem liturgy, because it is there, I feel, that she recognises services which are ‘almost, but not entirely like’ what she knew from back home. One of the first services she describes is vespers, or the lighting of the lamps, as it was called then—a service which took place not only in monasteries but also in parishes and perhaps also in private homes: ‘at the tenth hour, which they call here licinicon, or as we say lucernare, all the people assemble at the Church of the Resurrection in the same manner, and all the candles and tapers are lit, making a very great light’. Despite the location and the language, it is instantly recognisable to her—almost, but not entirely like what she was used to.

Of course, as a pilgrim, Egeria almost certainly took part in the services as a worshipper. Nevertheless, I cannot help imagining her peering through a window or door at the sight inside, notebook in hand, jotting down what she saw. Her pilgrimage led her to discover familiar practices in new places. Our pilgrimage in the next weeks will be to rediscover familiar practices but to see them in a new light, viewing them through the lens of our experience of the lockdown period—almost, but not entirely like what we’ve been used to.