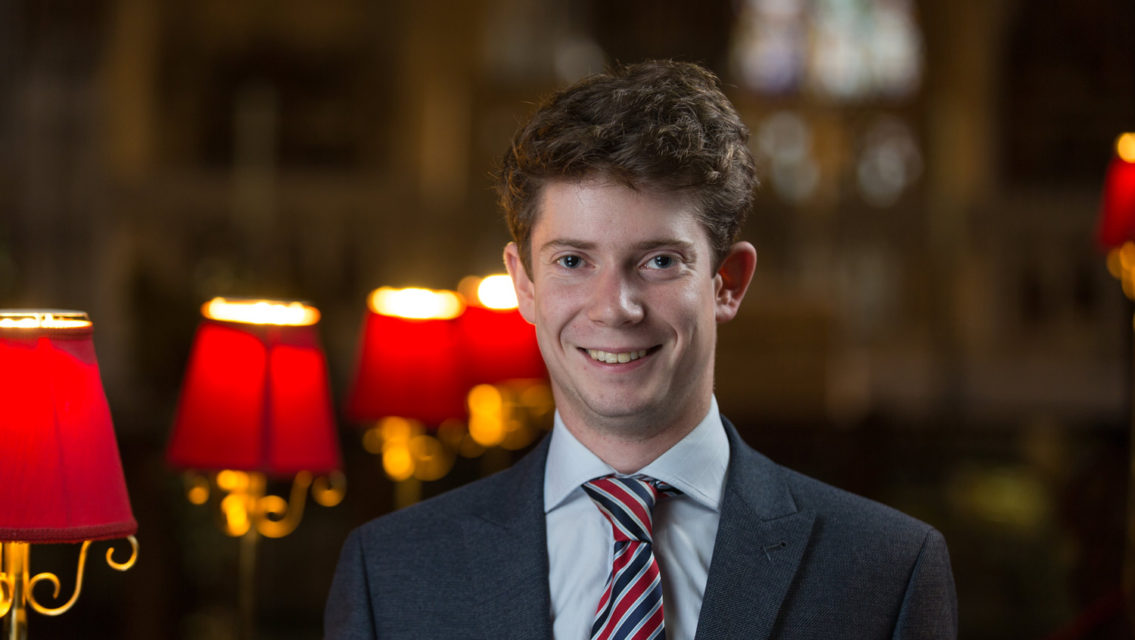 This Wednesday, 4th July, I will be presenting a talk in the Chapter House about the Cathedral Organ and will uncover the mysteries of what is actually inside the organ case. It’s a common misconception that the only pipes the organ possesses are the ones you can see – it’s actually full of thousands more inside, ranging from around an inch to 32 feet long and producing a huge variety of sounds.

During the course of the talk, I will give a complete guided tour of the Cathedral organ inside and out through a video which was captured with a GoPro camera strapped to my head. First of all I climb the spiral staircase to the organ loft, which itself gives a wonderful view of the Cathedral which is not seen by many, and an opportunity to see the organ console up close. Then I enter the famous Loosemore organ case of 1665 to reveal the heart of the instrument. The wide-angle lens reveals how the thousands of pipes are arranged, along with the many mechanisms which make the organ function. Much of the organ’s interior was newly constructed in the 2014 rebuild, so it will be an opportunity to see fine craftsmanship usually concealed from view. I also climb to the very top of the case, revealing the magnificent views of the great Nave and Quire vault, seen only by very few people (and occasional seagulls).

Part of the organ of Exeter Cathedral is situated in the Minstrels’ Gallery, one of the Cathedral’s most unusual features, situated high on the North side of the Nave. I took the GoPro up there as well to reveal another amazing view of the building. As part of the talk I will demonstrate how organ pipes can be affected by climatic conditions, something from which the Minstrel division occasionally suffers when there is a strong North wind!