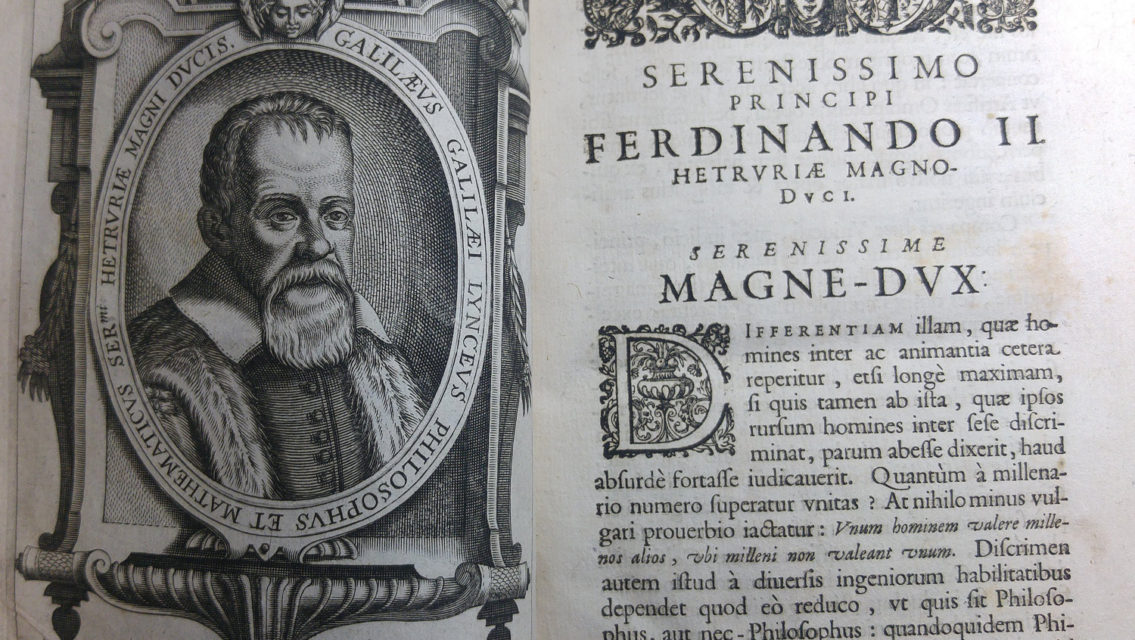 Originally published in Italian in 1631, this Latin translation was published in 1641, the year before Galileo’s death. In English the title translates as “Dialogue Concerning the Two Chief World Systems” It is a discussion of different theories of the cosmos presented as dialogue between three characters: Salvati who supports the Copernican theory of the universe with the earth and planets orbiting the sun; Simplicio, who supports the Ptolemaic theory which places the earth at the centre; and Sagredo, a more neutral character.

Upon publication of the original text Galileo was convicted of heresy by the Inquisition, placed under house arrest, and this and others of his books were placed on the ‘Index Librorum Prohibitorum’ (List of Prohibited Books) by the Catholic church.

It is believed to be the only remaining handwritten letter still in existence from one of England's greatest composers, Henry Purcell, but rather than being on the subject for which he is rightly so famous today, it is a much more commonplace dema...