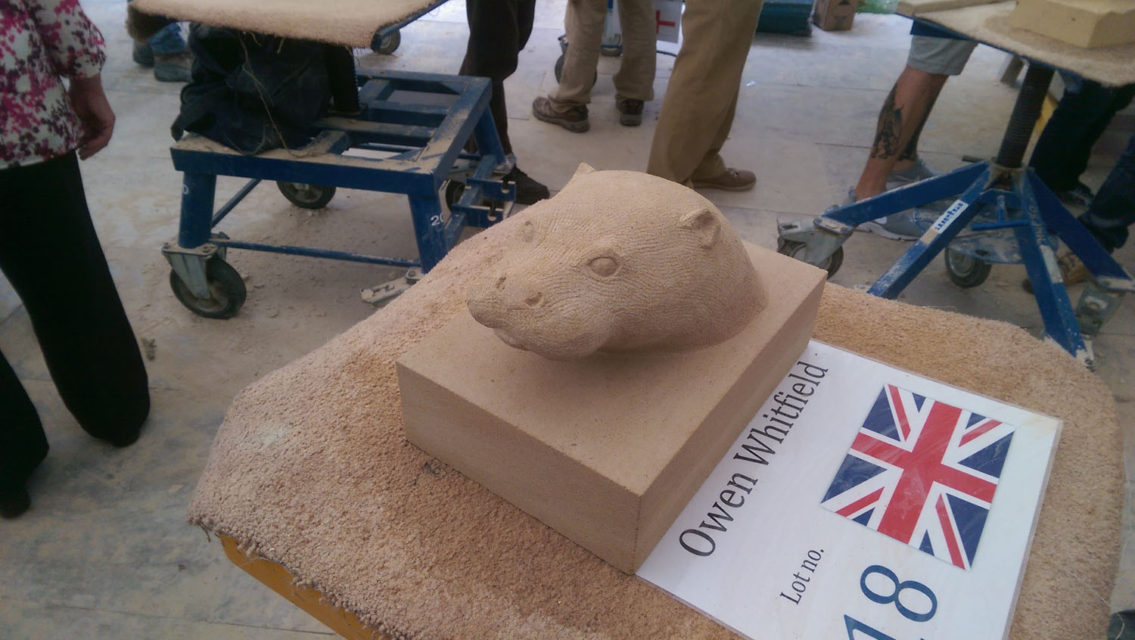 Last week saw our friends up at York Minster​ host their stone carving festival. It was attended by stonecarvers from around the world, including Owen who works as a stonemason here at Exeter Cathedral.

The festival saw each of the stonecarvers turn a rough block of limestone into a finished creation (inspired by the theme “All creatures great and small”) in just a day an a half.

Owen chose an otter as his subject, and you can see how the piece quickly developed in just a short space of time. Owen’s carving sold for £230 as part of the closing auction of all the work carved during the weekend. Money raised from the auction will be used to fund ongoing conservation work at York Minster.

Stonemason Owen is off to #StoneFest18

Stonemason Owen is off to #StoneFest18

One of Exeter Cathedral’s full-time stonemasons has been presented with his foundation degree in Gloucester Cathedral. Owen Whitfield joined the team in 2013 completed the two year course, run by the Cathedral Works’ Fellowship and validated by the...

A three-year project to restore glasswork and masonry around the East Gable of Exeter Cathedral reached its conclusion this week when a ‘topping-out’ ceremony was held on a scaffold platform high above the city centre. Leading the ceremony was the...

Three year Cathedral project ‘tops out’
In this section
Share