Exeter Cathedral’s Chapter House stands at the far side of the cloisters. It was first built in the period 1225-30 and is the most important example of the Early English style of medieval architecture in Devon.

The Chapter House’s striking features include a series of moulded arches with beautifully carved ‘stiff-leaf’ capitals typical of that style. The upper storey was rebuilt in the Perpendicular style following a fire in 1413; its spectacular oak roof belongs to this period. 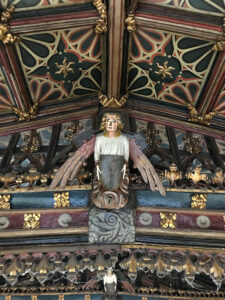 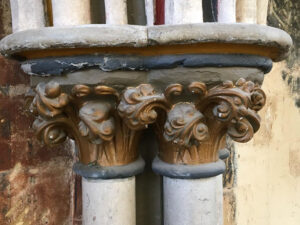 Above: One of the 15th century ceiling’s angels and carved ‘stiff-leaf’ capital detail

The Cathedral Chapter wishes to make better use of this grand and beautiful space by installing underfloor heating, providing a lobby which will help control the temperature within, and improving the lighting. This entails lifting the existing stone floor and removing the defunct heating system which was installed below it 50 years ago. We are also investigating the condition of the roof (watch the video above) and taking samples for tree-ring dating. Archaeologists will be examining the soil below the floor, which we know was once part of the bishop’s garden. 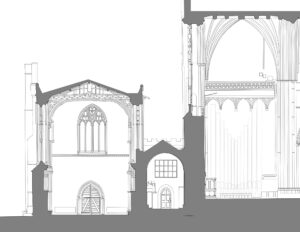 Above: Prior to works starting, a new laser survey of the building has been carried out. This drawing is one of several showing the form of the building. 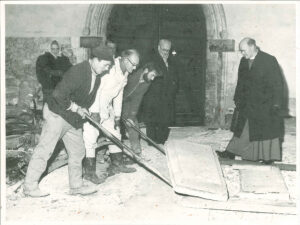 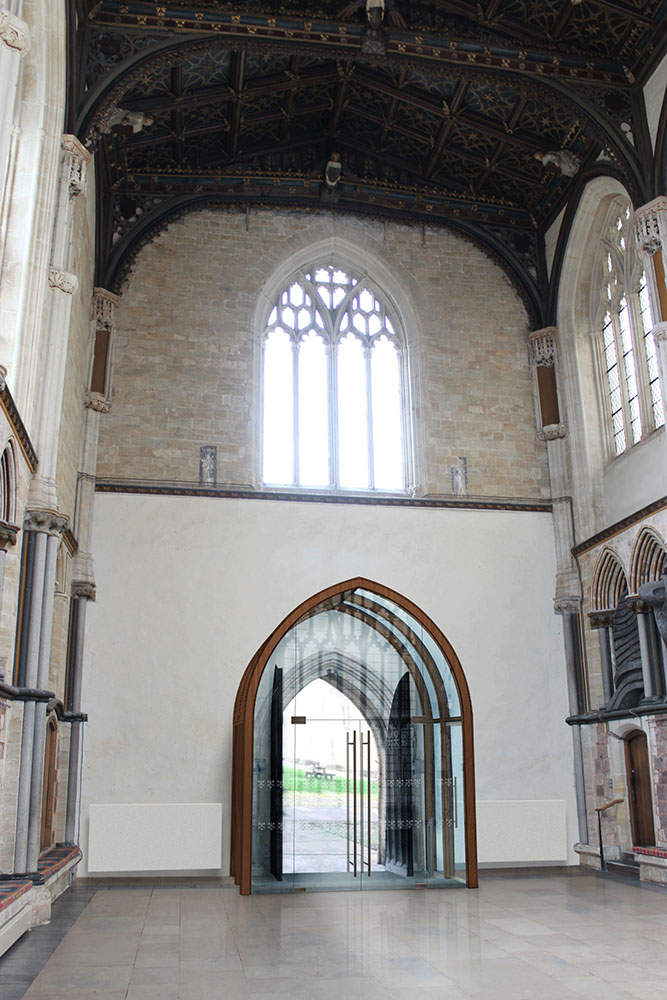 Above: The old floor being lifted in 1969 and an architect’s impression of the new Chapter House lobby.

With grateful thanks to our funders for making this project happen: