The Dean and Chapter is delighted to announce the appointment, subject to the completion of due legalities, of the Revd James Mustard as the next Canon Precentor of Exeter Cathedral.

Commenting on the news he said: 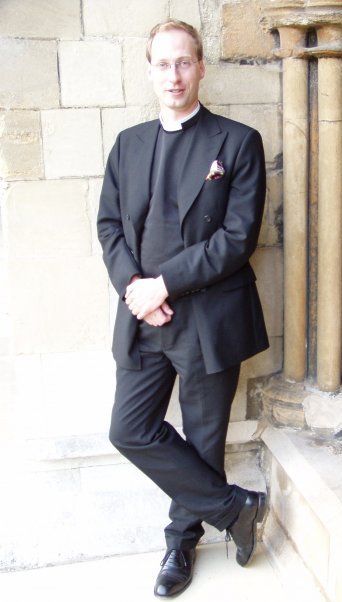 “I am delighted to have been appointed Canon Precentor of Exeter Cathedral: it feels like something of a ‘homecoming’, as I sang in the Cathedral Choir for three years, while a student at the University of Exeter, and I have great affection for the Cathedral and City.

“After university, I worked as a freelance musician for a few years, working mostly in Belgium, France and Birmingham. Following three years training for ordination at Westcott House, Cambridge, I served my curacy in the church of St Peter Mancroft, Norwich. From there, went to the church of St Peter Eaton Square in central London, as Assistant Priest. Since 2012, I have been Rector of East Barnet, a large suburban parish in North London and, since 2015, Area Dean of Barnet.

“I am looking forward very much indeed to returning to Devon, and working with the Dean and Chapter to support and encourage the excellence in music and worship for which Exeter Cathedral is renowned.”

James Mustard will be installed at Evensong in Exeter Cathedral on Palm Sunday 2018.