The Dean and Chapter is delighted to announce the appointment, subject to the completion of due legalities, of the Revd Chris Palmer from Merton Priory Parish in South Wimbledon. 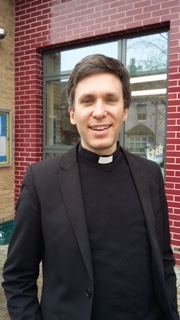 Chris will have responsibility for overseeing the pastoral care of the congregation and for reaching out, particularly to the diocese.

Chris was educated in Oxford where he read theology and completed a doctorate on St Paul’s understanding of Church Unity. During his time in Oxford he spent three years as a church organist. He trained for ordination at St Stephen’s House and served a curacy in Warwick. He has worked in Southwark Diocese for 16 years – for the last eight years as Team Rector of a diverse team ministry in Merton Borough. During his time in London he has also served as Area Dean of Richmond and Barnes, a Vocations Adviser, and Bishop of Southwark’s Adviser for Spiritual Formation. He has been a training incumbent to three curates. He enjoys cycling, walking, playing the piano, and reading. He looks forward to moving to Exeter with his family and getting to know people in the cathedral, diocese, and community.

Chris’ installation will take place on Sunday 5 August at 15.00 (please note the change of time)