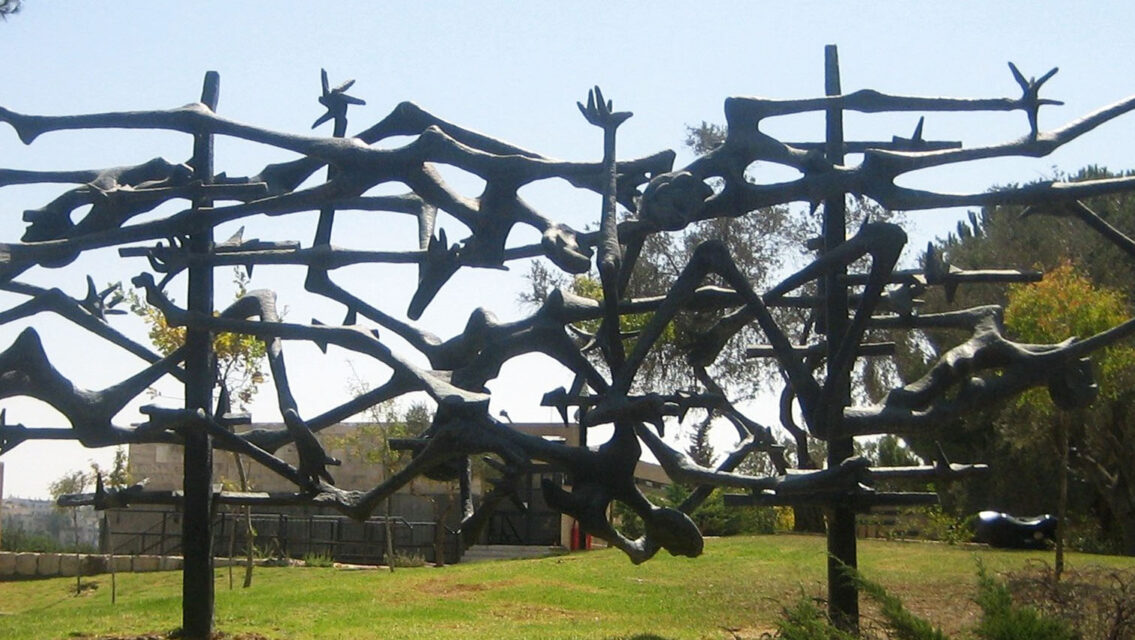 On Wednesday this week, 27 January, we observed Holocaust Memorial Day. This year it was with a difference, because of the lockdown due to Covid19 there were few public observances, and the service usually held for schools in the Cathedral was not possible. But there were still virtual ways that this now recognised day of remembrance for victims of the Holocaust were remembered both nationally and internationally.

There are fewer people around today who can actually recall the horrors of when the full extent of the persecution of the Jewish nation in Europe was made known in 1945. It is now recognised that between 1941 and 1945, in excess of six million Jewish men, women and children were murdered by the Nazis and their collaborators. Their attempt to murder all the Jews in Europe shook the foundations of civilisation. Those who did not live through those early days of revelation in the Nuremburg Trials have perhaps seen the dramatised true events of the Second World War in films like The Diary of Ann Frank (1959), Schindler’s List (1993) and more recently the fictional drama, The Boy in the Stripped Pyjamas (2008).

But have things changed? Ethnic cleansing and genocide are now the names by which we recognise events like the Jewish Holocaust. The Trust that was set up to keep the Holocaust Memorial Day also recalls the events that have happened during our lifetime.

Between 1975 to 1979, Pol Pot and the Khmer Rouge, implemented a programme to reconstruct Cambodia. Millions of people died through starvation, disease and exhaustion, and thousands were executed.

In the 1994 genocide in Rwanda, approximately one million Tutsis and moderate Hutus were murdered in just 100 days.

In 1995, during the civil war, Bosnian Serb forces led by Ratko Mladić murdered around 8,000 Muslim men and boys in the town of Srebrenica.

In 2003 a civil war began in the region of Darfur. The Arab militia, known as the Janjaweed, attacked black African people, destroying entire villages, murdering civilians and displacing many.

In the news at the moment is the ethnic persecution within China of the Uyghur Muslims. This is a human rights catastrophe that we should be paying closer attention to. More than one million Uyghur Muslims in China’s north-western Xinjiang province are being systemically targeted, tortured, and arbitrarily detained. Their only crime is being Muslim.

So in the week of Holocaust Memorial Day, have we learned from the atrocities of events in Europe in the mid-twentieth century? The evidence is that we have not! In the Exeter Diocesan Prayer Diary on Wednesday we were encouraged to ‘pray that there would be an end to negativity and hatred of others who are different to us, whether it is conscious or unconscious. May we stand together with those who are suffering today and may we see the role we can play in ensuring that love prevails over hate’. Perhaps this might take the form of encouraging our government and other democratic nations to take serious action against administrations that perpetrate ethnic persecution, which often leads to ethnic cleansing and genocide.