One of the many surprises in the Cathedral Library is the number of play texts held there, and one of the most notable is a copy of the Second Folio (large-format) printed edition of Shakespeare’s plays. Our copy is not in perfect condition but it has been lovingly repaired, and the portrait of the author on the title-page has been hand-coloured.

The First Folio was published in 1623 ‘according to the true originall copies’, and the Second, incorporating nearly 2,000 alterations, appeared in 1632. The principal publisher was Robert Allot and the printer Thomas Cotes. The five commendatory poems preceding Shakespeare’s text include one by Ben Jonson and the first published poem by John Milton. The book includes all the standard plays apart from Pericles, but it is not a masterpiece of printing – perhaps reflecting the fact that drama was regarded as an inferior literary form – and the page numbering is erratic. Nevertheless, these early publications were important in preserving Shakespeare’s work, and as Jonson says in the eulogy facing Shakespeare’s portrait, the reader should ‘look not on his picture, but his book’. 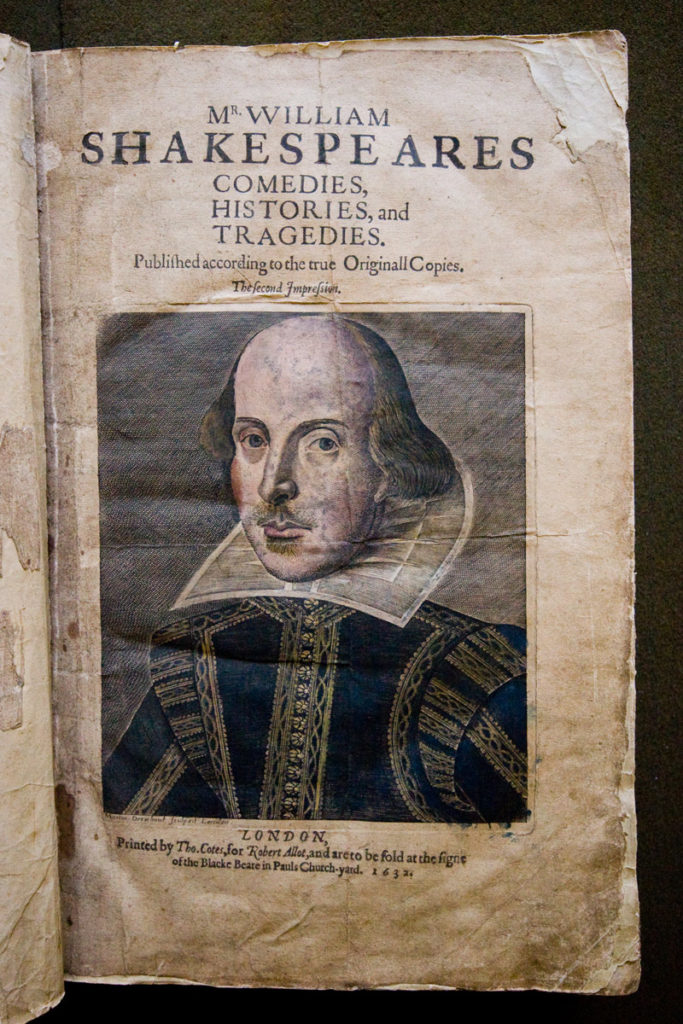