“My programme features three major works for the organ, along with some shorter, lighter pieces to cleanse the palette! The full power of the organ at Exeter Cathedral will be demonstrated with the quick and exuberant Prelude and Fugue in B major by French 20th century composer Marcel Dupré. Then the audience will be taken on a journey from solemn mystery to majestic triumph in J. S. Bach’s monumental Passacaglia in C minor, one of his greatest works for the organ. I’m going to end the programme with Joseph Jongen’s Sonata Eroica, a roller-coaster of an organ piece which explores a huge range of moods and sounds from its dramatic opening, through a blissful middle section, to a thrilling conclusion.”

Prelude and Fugue in B major
Marcel Dupré 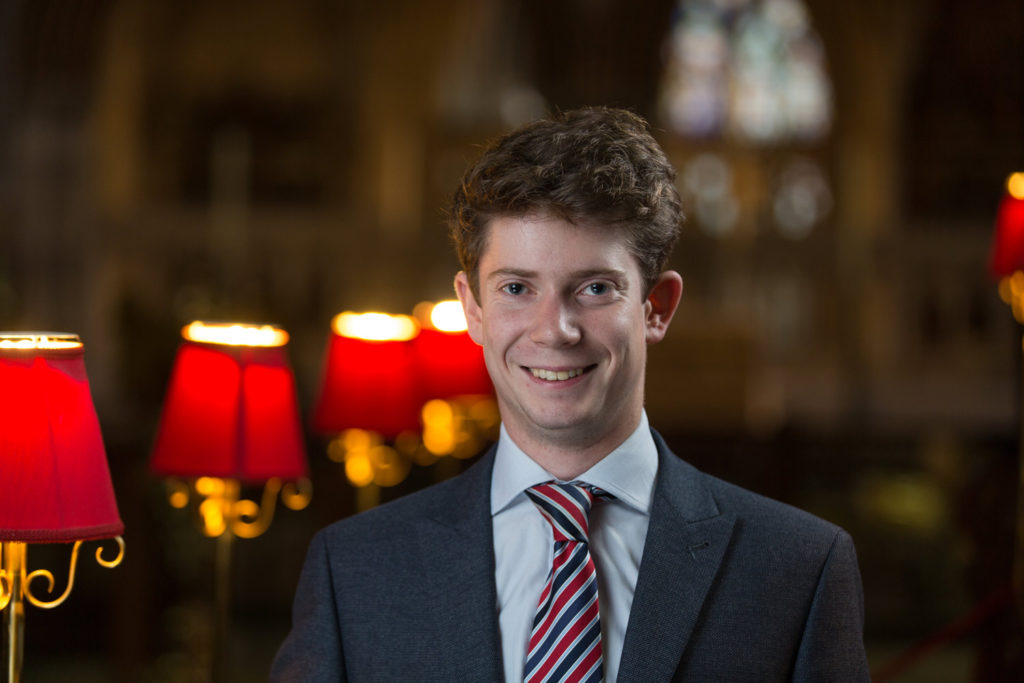 Timothy Parsons has been Assistant Director of Music at Exeter Cathedral since September 2016. He was a chorister at Guildford Cathedral and educated at Charterhouse before taking up the organ scholarship at Hereford Cathedral in 2010. He read for a degree in Music at Selwyn College, Cambridge, where he was Organ Scholar, and graduated with a starred first in 2014. Whilst at Cambridge he also held the organ scholarship for King’s Voices, the mixed-voice choir of King’s College Chapel. From 2014 to 2016 he was Organ Scholar at Winchester Cathedral, also serving for a term as Acting Assistant Director of Music. As accompanist to Exeter Cathedral Choir, he has played live on BBC radio 3, and for a tour of Vienna and Bratislava as well as for its busy schedule of concerts. He is also the director of the Cathedral’s voluntary choir, the St Peter’s Singers.