The Amadeus Orchestra returns to Exeter Cathedral with their much anticipated annual summer concert and a thrilling programme of music from USA, Russia and France.  Short Ride is described by Adams as a ‘Fanfare for Orchestra’ and leaves the listener breathless during its four minutes of puslating rhythmic drive.  Stravinsky’s Rite, although 105 years old, sounds as fresh today as it ever did.  The first performance famously caused a riot!  Berlioz’s Symphonie Fantastique is an hedonistic ride through the fantasies of a young musician who has poisoned himself with opium in a paroxysum of love-sick despair. What better orchestra to play these three vivid and ground-breaking pieces than the Amadeus Orchestra who were praised in the Times thus: “They played with a zeal and quality that some more famous orchestras might learn from.”

Read more about the Amadeus Orchestra 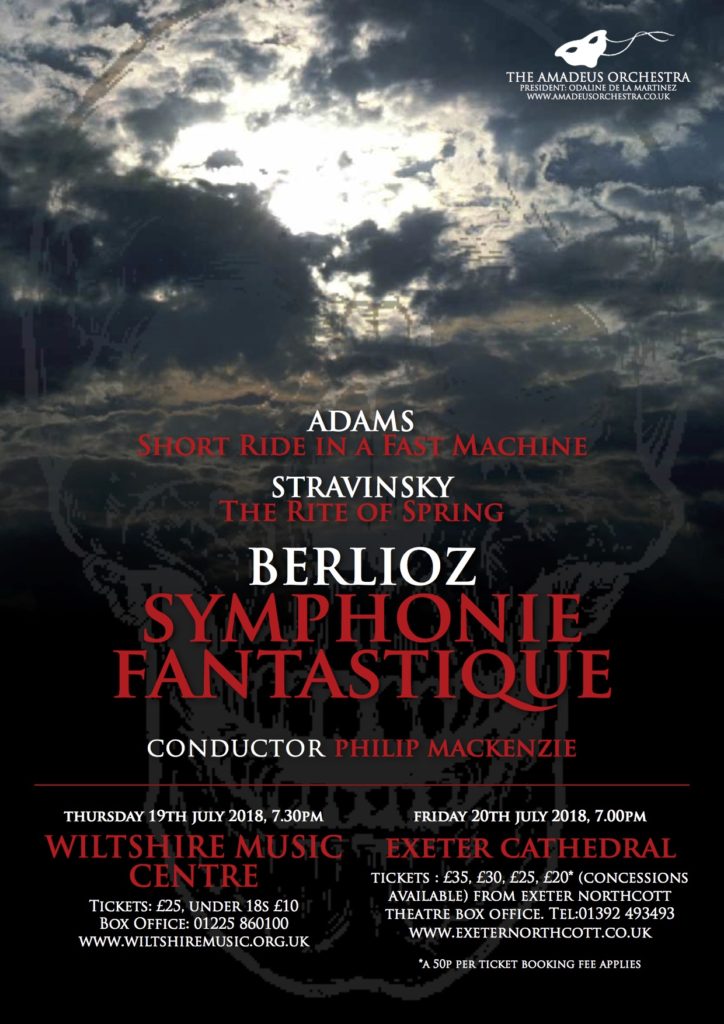